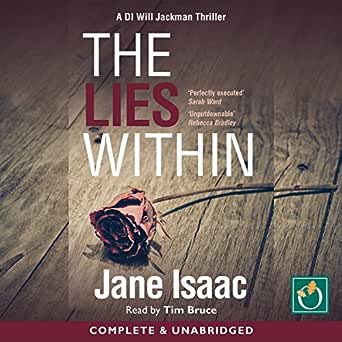 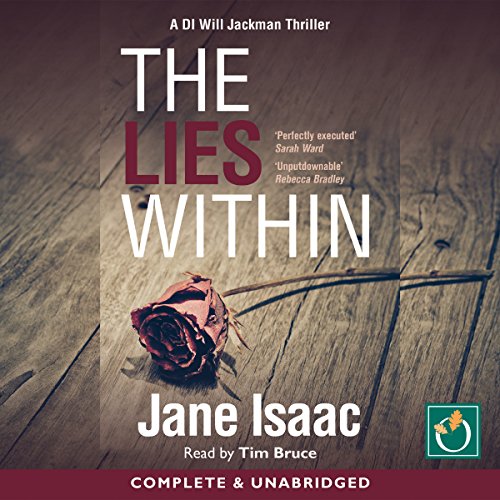 R. Green
5.0 out of 5 stars A gripping story
Reviewed in Australia on 6 November 2017
Verified Purchase
4.5 A gripping story, with an interesting structure that contributes a lot to the tension. The book opens with Grace Daniels on trial for murder, and then moves back in time to 10 months earlier, when a young woman, soon identified as Grace's daughter Jo Lamborne, is found murdered. So who killed Jo? And who is Grace on trial for murdering? This book is set not in Stratford, like the other Will Jackman books, but in Leicestershire, where Jackman is temporarily assigned as a lead on adult sexual offences. So we follow Jackman's interactions with a new team there, tensions with an acting superintendent whom he's met before, and the ongoing story of Jackman's family life. The characters of the police and victim's family and friends are well developed and engaging. My only minor gripes are the large number of sentence fragments that could just as well be joined to the previous sentence with a comma, not separated by a full stop, and the occasional over-ambitious choice of words (fluorescent lights in a police station corridor are highly unlikely to be iridescent, for example).
Read more
Helpful
Report abuse
See all reviews

CathyR
5.0 out of 5 stars Excellent continuation of the series
Reviewed in the United Kingdom on 4 September 2017
Verified Purchase
Grace Daniels, mother and grandmother, is on trial for murder. The story begins on the first day with a forceful opening of the prosecution’s case. ‘Be under no illusions by her smart clothes, her kind face and eloquent manner… This woman is guilty of murder…’ I was hooked immediately, and having read and enjoyed the first two books in the series I was sure this would be another gripping instalment.

Backtracking to ten months earlier we follow the events leading up to Grace’s arrest. Acting DCI, Will Jackman has been assigned to special projects, the regional lead on Adult Sexual Offences, with a view to improving procedures and reviewing any outstanding cases which could be connected. When the body of a young woman, with signs of sexual assault, is discovered in rural Leicestershire, Will is called to the scene. The victim is identified as Jo Lamborne, Grace Daniels’ daughter. Jo’s murder is similar to two other unsolved cases Will has been reviewing but, as yet, no link has been uncovered.

Thinking about that scenario – the knock on the door, the serious faced policemen, just knowing immediately something must be wrong – I can’t imagine how heart stopping it must be. And then to be told the worst possible news. The impact of Jo’s murder on her family is conveyed extremely realistically, the emotional turmoil, the feelings of grief and Grace’s consequent inability to function normally. Meeting Faye Campbell, an acquaintance from her past becomes a source of comfort and support, but Grace’s younger daughter is less than enamoured of her mother’s new friend.

The story centres around Grace, which expands the narrative, but we still get to follow the ups and downs of the investigative process from Will’s point of view. Personal issues and a morally difficult situation continue to plague him but his character shines through, and it seems there may be a glimmer of light at the end of a very dark tunnel.

This series just keeps getting better. Jane Isaac has created a well constructed, compelling plot with a psychological thread; a likeable, well developed and believable, non-clichéd personality in Will Jackman and a storyline that’s part police procedural, part courtroom drama with a deeply emotional family trauma at its heart. The reveal was a complete surprise but looking back the clues were there amongst all the red herrings. I was too engrossed to catch them – that’s my excuse anyway. It’s an extremely well written story, the procedural, courtroom detailing and storytelling ability are all excellent.
Read more
2 people found this helpful
Report abuse

handbaglover
5.0 out of 5 stars Gritty thriller, just love these books
Reviewed in the United Kingdom on 19 May 2017
Verified Purchase
It took me a while to piece the characters together from Jane's previous books as I read so much, but have to say these books are fast and pacy. I did suspect the outcome early on but it was still a thoroughly enjoyable read and kept me wanting more.

I can't say any more about the characters without spoiling it for other readers,but I did feel Grace was sucked in because of her grief and I could foresee what was going to happen. All Jane's books are well worth reading, plenty to get your teeth into with all the twists and turns. Hope there are some more in the offing.
Read more
One person found this helpful
Report abuse

Kindle Lover
5.0 out of 5 stars Great Read
Reviewed in the United Kingdom on 25 November 2017
Verified Purchase
Well written story with a leap back in time near the start. this leave you knowing that a certain twist is coming but the reveal as to what that twist is just leaves you turning pages wanting to know how we reached the starting point. once revealed you want to know the outcome.
Jane has created a story which grabs you and makes you want to read on. It is so well-written that this is a pleasure to keep reading and getting the answers she teases you with.
Read more
One person found this helpful
Report abuse

Ana coelho
5.0 out of 5 stars The Lies within
Reviewed in the United Kingdom on 14 August 2018
Verified Purchase
The story grips and retains one's interest. The way it unfolds is extremely well managed, I was well engrossed in the story eager to find out the what happens at the end. I have thougherlly enjoyed reading it.
Read more
Report abuse

Ann Stanmore
5.0 out of 5 stars Excellent storytelling
Reviewed in the United Kingdom on 1 December 2017
Verified Purchase
I really didn't want to stop reading. What a trauma for Grace. How will she cope?

This is excellent storytelling and I certainly recommend it.
Read more
Report abuse
See all reviews
Back to top
Get to Know Us
Make Money with Us
Let Us Help You
And don't forget:
© 1996-2021, Amazon.com, Inc. or its affiliates