The Last Good Man and over 1.5 million other books are available for Amazon Kindle . Learn more
Share <Embed> 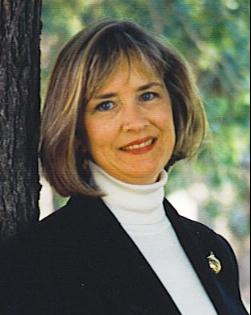 Page 1 of 1 Start overPage 1 of 1
This shopping feature will continue to load items when the Enter key is pressed. In order to navigate out of this carousel please use your heading shortcut key to navigate to the next or previous heading.
Back
Next
Start reading The Last Good Man on your Kindle in under a minute.

"A good man is hard to find, but a romance by Eagle is a good place to start." -Kirkus Reviews

4.0 out of 5 stars
4 out of 5
93 global ratings
How are ratings calculated?
To calculate the overall star rating and percentage breakdown by star, we don’t use a simple average. Instead, our system considers things like how recent a review is and if the reviewer bought the item on Amazon. It also analyses reviews to verify trustworthiness.

Janga
5.0 out of 5 stars Superb Storytelling, Compelling Characters
Reviewed in the United States on 19 May 2012
Verified Purchase
Kathleen Eagle is a superb storyteller who creates compelling, complex characters, and The Last Good Man is one of her best books. It has lost none of its power in the dozen years since it was first published. Eagle's gift for characterization can be seen in the secondary characters such as Clay's mother, his ex-wife, Savannah's aunt, and Savannah's hairdresser friend--credible mixes of strengths and weaknesses with pieces of the lives that make them who they are revealed. Even characters who never actually appear in the book such as Kole Kills Crow and Savannah's New York friend Heather emerge as real, believable personalities. Claudia may seem improbably mature to some readers, but anyone who has ever watched a small child of a single parent caught in physical or mental illness will recognize the fierce protectiveness and caretaking that can become part of the child's nature.

Clay is wonderful, one of my all-time favorite heroes. Hardworking, competent, sexy, and nurturing with an always tender touch for the wounded and needy, human or animal, he is the man the title evokes. But he is no impossible dream. He can be angry and impatient, he can make foolish choices, and he can find it difficult to articulate his feelings. Eagle reveals enough about his past for the reader to understand that his need to take care of others is an essential and innate part of the person Clay is. Like many natural givers, Clay must learn to accept the gifts of others.

Savannah, despite her illness, is a difficult character to like for the first part of the book. She is totally self-absorbed, even to the point of avoiding her responsibilities to her child. But as the reader learns more about her and realizes why appearance is so important to her, why the changes cancer surgery have wrought in her body have so devastated her, and why she is convinced that she holds death within her, she becomes more sympathetic. Watching her grow and take responsibility for herself and others becomes a joy.

Kathleen Eagle is a gifted, intelligent writer. I highly recommend her books. If you are an Eagle fan, you know her books are definitely worth a reread. If you've never read her, The Last Good Man is a great place to start. I suggest you also look for You Never Can Tell, the story of Kole Kills Crow and Savannah's friend, New York journalist Heather Reardon, which Bell Bridge Books also plans to reissue. And I'm hoping for reissues including electronic editions of my favorites by Eagle--Reason to Believe and What the Heart Knows.
Read more
15 people found this helpful
Report abuse

patricia wuestenhagen
5.0 out of 5 stars Compelling story
Reviewed in the United States on 17 August 2018
Verified Purchase
The Last Good Man is book one of a romantic series. Savannah is a model who returns to her hometown after an illness. She grew up with Clay and Kole. Clay has been in love with her for ages and tries to help her out of her depression. Actually I thought Clay was too good to be true. He marries her in spite of the way she treats him. This is a very emotional and angst ridden story. I look forward to book two which is about Kole, Clay's half brother. Highly recommended.
Read more
Report abuse

Logical Reader Judy
5.0 out of 5 stars Even after many, many rereads, I still love this book.
Reviewed in the United States on 13 February 2013
Verified Purchase
I just finished reading an excellent book, The Last Good Man by Kathleen Eagle. This is not a book I would ever have selected to read based on any description. Barbara Samuel O'Neal recommended it on facebook and I decided to take her on faith and check it out of the library. I'm so glad I did. Thanks for that, Barbara.

In The Last Good Man: Savannah Stephens, the lovable heroine, a former underwear model, has been brought almost to her breaking point by her battle with breast cancer. Uber-depressing, right? Not really. Also not white washed with faux positivity.

She goes back to her roots to her tiny hometown in Wyoming. And there waits our hero, Clay Keogh; the man who has always loved her since they were children. She wasn't able to appreciate him, then. She does now. Of course, they both have to do a lot of arcing to be the couple with the happily ever after that is required of romance novels. And, of course, they arc beautifully.

Clay Keogh is a natural caretaker of everyone; children, old horses, Savannah. He works way too hard and he sees Savannah's desire to help him as something to fight because he should be able to take care of her and not need her.

I like Kathleen Eagle's voice. She's a great storyteller. And her setting, the world she created in this book, is very endearing, full of natural wonders and engaging characters.
Read more
Report abuse
See all reviews
Get FREE delivery with Amazon Prime
Prime members enjoy FREE Delivery and exclusive access to movies, TV shows, music, Kindle e-books, Twitch Prime, and more.
> Get Started
Back to top
Get to Know Us
Make Money with Us
Let Us Help You
And don't forget:
© 1996-2020, Amazon.com, Inc. or its affiliates