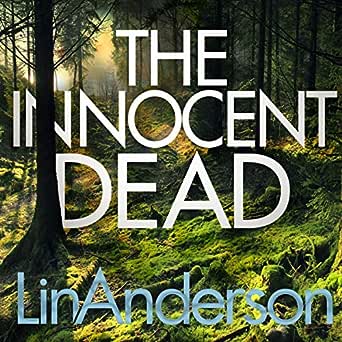 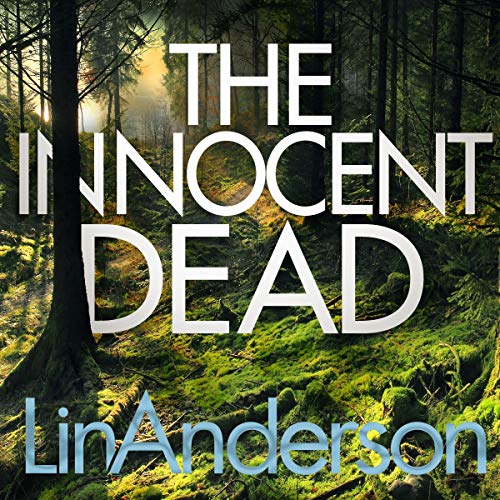 Rebecca H
5.0 out of 5 stars Another cracker from Lin Anderson
Reviewed in the United Kingdom on 27 August 2020
Verified Purchase
What a brilliant addition to the Rhona MacLeod series from Lin Anderson. It's one of my favourite Scottish crime series and has been consistently excellent. When the body of a young girl is discovered preserved in the peat bank of a loch it resurrects an old case from 45 years earlier. The body turns out to be that of 11 year old Mary McIntyre who had gone missing all that time ago.
Once again forensic scientist Rhona is called upon to investigate with the help of her lively assistant Chrissy and of course D.S Michael McNab. It tackles a very emotive subject and the plot is very cleverly constructed with several twists and turns which kept me gripped to the end. It's a difficult case and for the ex best friend of the dead girl a living nightmare which she has buried deep. As events unfold she is forced to confront the past. Tense and atmospheric with a dramatic climax it's another winner from Lin Anderson
Read more
Report abuse

Bristol Book Blogger 📚📖📓
4.0 out of 5 stars Highly descriptive
Reviewed in the United Kingdom on 4 September 2020
Verified Purchase
Having never read an Anderson novel before the title and blurb forced this one into my Amazon basket and I couldn't wait to get stuck in. From the odd start where I thought the book was going to meander into psychic investigator territory I was blown away by it's full, descriptive prose. There's lots going on and though it could be complicated Lin writes in a way that keeps you intrigued while subtly weaving each individual sub-plot into the narrative. It's clear that Anderson isn't afraid to delve into dark territories but she does so expertly so that nothing is sensationalised. It's a hard feat, one that takes an author years of practise to be able to explore child abuse or sexual exploitation without being graphic, planting the pictures firmly in the readers mind by what you don;t write, leaving their imagination to fill in the gaps. And she does so with a knowledge of human psychology and an empathy toward the human condition that is rare.
Read more
Report abuse

DR Naturegirl
5.0 out of 5 stars No Let up For Quality Scottish Crime writing here...
Reviewed in the United Kingdom on 20 October 2020
Verified Purchase
Lin Anderson delivers another belter of a book. Intricate well-crafted plot, complex characters and twists and turns that will leave you guessing until the end.

Rhona Macleod is back on form, employing her forensic skills to
unearth the killer of an 11 year old girl who was murdered 45 years
deviously when forensics were not available. MacNab is piecing the jigsaw together ably abetted by his partner, Magnus Peerie, the Orkney Psychologist, and the original DI, on the case, Macreedie.

The murdered girl’s childhood friend, Karen, is key to solving this particular crime. The demons of her past are deftly handled.

This is crime writing a notch above the norm. Delve in and you’ll be hooked.
Read more
Report abuse

P. Wire
3.0 out of 5 stars Not her best
Reviewed in the United Kingdom on 16 September 2020
Verified Purchase
I have read all of Lin Anderson's Rhona MacLeod books but this is the one I have enjoyed the least. I found it rather laborious and was glad when I reached the end. In previous books I have enjoyed the interaction between Rhona and McNab which this book lacked. In previous books I have felt on tenderhooks as McNab and Rhona have raced to find the perpetrator - sometimes being in danger themselves, but this time I just felt that maybe Lin Anderson was just cobbling together a story because she had a deadline. Sorry just my personal opinion - I will certainly consider getting her next book but may read a sample first before buying it, something I have not done before.
Read more
Report abuse

Malcolm R
4.0 out of 5 stars A stand alone but you might want to read the rest afterwards
Reviewed in the United Kingdom on 2 March 2021
Verified Purchase
A series of books which have become better as the number has risen and this latest is a cracker, a good plot, well written with a neat denouement and a fittingly “just deserts” ending. Rhona’s sex life come merry-go-round causes a loss of a star for being a bit silly. Pity I have read them all now, looking forward to the next.
Read more
Report abuse
See all reviews
Back to top
Get to Know Us
Make Money with Us
Let Us Help You
And don't forget:
© 1996-2021, Amazon.com, Inc. or its affiliates