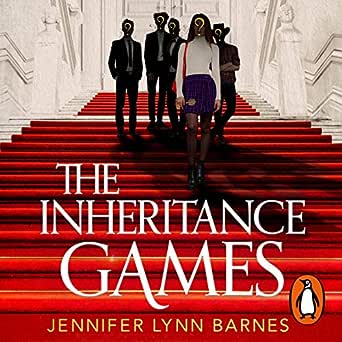 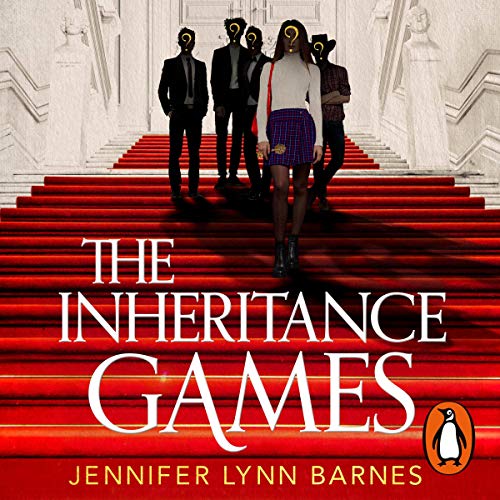 4.6 out of 5 stars
4.6 out of 5
1,169 global ratings
How are ratings calculated?
To calculate the overall star rating and percentage breakdown by star, we don’t use a simple average. Instead, our system considers things like how recent a review is and if the reviewer bought the item on Amazon. It also analyses reviews to verify trustworthiness.

Jade
5.0 out of 5 stars An awesome book! Deserving of more than 5 stars
Reviewed in Australia on 13 January 2021
Verified Purchase
An awesome book! I need more! I love how Jeniffer managed to introduce us to a host of well-developed characters while bringing us a story line that just begged to be followed. I really can’t wait to see if anything more happens after this. I have so many questions!
Read more
Helpful
Report abuse

G. Noble
5.0 out of 5 stars Excellent - can't wait for the next one!!
Reviewed in the United Kingdom on 24 December 2020
Verified Purchase
Avery is broke and living in her car after an argument with her half-sister, Libby. She is at rock bottom when she is contacted by Grayson Hawthorne who informs Avery that she has been left a bequest in his grandfather's will. Avery is nonplussed but attends the will reading where she, and everyone else, is stunned to find out that Avery has been left almost the entire estate which is worth billions. The kicker is that she will have to live in the Hawthorne Mansion for a year in order to inherit, and that means living with the very attractive Grayson and his equally attractive three brothers: Nate, Jameson, and Xander, alongside other Hawthorne relatives. Can Avery survive and can she solve the puzzles which may explain why she was named as a beneficiary?

I find with this author's books, I either love them or hate them - and I loved this one. You just have to suspend your disbelief and go with the flow, that a grandfather would disinherit his grandsons for a stranger none of them had ever met before, and then leave clues around the mansion. If you can do that, it's a enthralling read. I mean, this is a house with six - count 'em - six libraries, and its own bowling alley. The brothers are also intriguing characters, and I was initially drawn to Jameson which means he'll no doubt turn out to be the 'big bad' at the end. This is the first in a series of two? three? books so it does end on a cliffhanger. All I can say is, hurry up and write the next one. Please!

R. Mcglynn
5.0 out of 5 stars Looking forward to the sequel.
Reviewed in the United Kingdom on 8 January 2021
Verified Purchase
Was this the best book I’ve ever read? No.

Was it a very enjoyable quick read, with a good pace throughout and good array of characters? Indeed it was.

I usually, at one point or another when reading a book, get frustrated with the heroine. However, in the case of Avery, I actually really enjoyed her story and character. She wasn’t perfect, but she was logical and I could relate to her way of thinking. Makes a nice change!

I’m not going into too much spoiler type comments, but I would happily recommend this as a good Saturday night read. I read it in less than a day, and that was around work, so I’m sure you’ll whizz through it in no time!

I’ll finish by saying that I’m looking forward to seeing where her relationship with all the family members go in the sequel.

Kelly McFarland
5.0 out of 5 stars One of the best reads of 2020
Reviewed in the United Kingdom on 4 September 2020
Verified Purchase
The Inheritance Games is a deliciously twisted and engrossing, none stop roller coaster ride, that is impossible to put down.
Mystery, intrigue, angst, romance, and puzzles galore, it has it all. Blended together to make a fantastic and original read.
Jennifer Lynn Barnes is an absolute genius when it comes to crafting complex plots, that have so many layers and puzzles with them, you become breathless turning the pages with eager anticipation to solve the puzzles and mystery unfolding as if you are stood next to the characters as it all unfolds.
Absolutely fantastic read!
Read more
Report abuse

Alby
4.0 out of 5 stars A good read
Reviewed in the United Kingdom on 12 January 2021
Verified Purchase
This was my first read of the new year and I read it in one sitting. Luckily my 3 year old slept until late morning, so I got to finish it and will purchase the next installment, so that speaks for itself.
At times I found the book to be a little too teenage angst(y) for me, but I'm not a teenager by any stretch so I didn't hold this against the book and it didn't detract from the storyline and plot, which kept me interested. The book moved at a good pace and constantly introduced new elements. The book reveals itself chapter by chapter and character by character. You need to learn all of the players to know why the game is being played and to win.
So if you're not looking for a difficult read but one that will still keep you engaged with a mystery, puzzles and riddles, then play along with the characters and win the game.
Read more
Report abuse

Scarlet Wilson
5.0 out of 5 stars Entertaining
Reviewed in the United Kingdom on 3 September 2020
Verified Purchase
Honestly loved this one. It has real pace and page turning quality.Read this in one sitting. Liked Avery’s storyline and how each of the four brothers were fleshed out. Enjoyed the mysteries set in the rambling big mansion house and can’t wait to read the next one. My first Jennifer Lynn Barnes book and it won’t be my last. Off to hunt down more.
Read more
Report abuse
See all reviews
Get FREE delivery with Amazon Prime
Prime members enjoy FREE Delivery and exclusive access to movies, TV shows, music, Kindle e-books, Twitch Prime, and more.
> Get Started
Back to top
Get to Know Us
Make Money with Us
Let Us Help You
And don't forget:
© 1996-2020, Amazon.com, Inc. or its affiliates