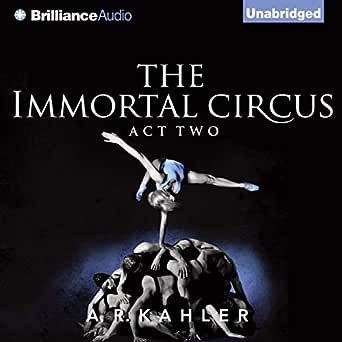 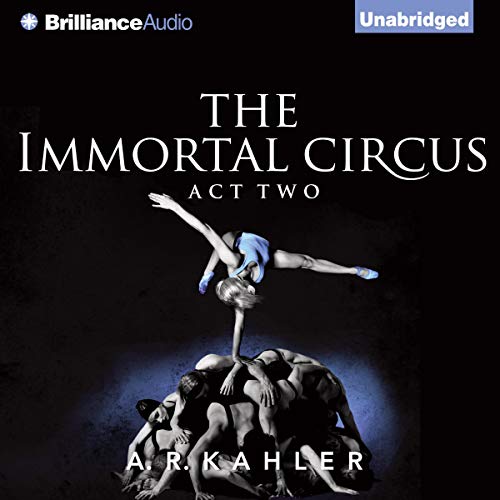 4.2 out of 5 stars
4.2 out of 5
258 global ratings
How are ratings calculated?
To calculate the overall star rating and percentage breakdown by star, we don’t use a simple average. Instead, our system considers things like how recent a review is and if the reviewer bought the item on Amazon. It also analyses reviews to verify trustworthiness.

Rachael
5.0 out of 5 stars A awesome follow on
Reviewed in Australia on 15 May 2014
Verified Purchase
A great follow on from the first, I read through these very quickly, V is such a mystery just when you think you have it figured out something else happens
Read more
Helpful
Report abuse

Kindle Customer
1.0 out of 5 stars the Immortal circus
Reviewed in Australia on 27 April 2014
Not my cup of tea, dislike the genre immensely and could not recommend it to any of my friends.The précis to encourage buyers was misleading and the sexual crudity was boring. I did not finish it!
Read more
Helpful
Report abuse
See all reviews

Claire Ogden
5.0 out of 5 stars Act Two
Reviewed in the United Kingdom on 12 February 2016
Verified Purchase
Have you ever started a book and been transported instantly to a land of make believe by the end of the first sentence? being consumed by each and every letter on the as page time is suspended and reality ceases to exist? Yes? then welcome to the world of Cirque des Immortels.

A debut, this is the first adult novel that Kalher has written introducing us to the world of his colourful characters, vivid colours, magic and mayhem. This is the first novel I have read by Kalher and after finishing that last sentence I purchased Act Two and Act Three and divulged immediately onto the next saga.

My imagination played a very important role as I read through this novel, I had a sense of belonging, feeling I was the living the storyline along with the characters or at the very least watching them on set or as a film. The storyline was magnetic it drew me close and left me hungry for more. This novel was more to me that a storyline, I had ran away to the circus joined the characters and lived in the moment. During reading this series I began to collate a pinterest board of anything carnival theme, simply to visualise the imagery running riot in my mind, always having had an appreciation for the art form of the circus I now put visuals to words whilst reading Kalher's novel which really brought the story to life.

I agree with many reviews that imply this work could sit between a Young Adult / Adult category but to be fair I enjoy YA reads as much as any. The story is very fantasy based with a dark foreboding edge, a dark menace underlining complete with a paranormal hue.

The plot of this debut novel revolves around Viviene. We discover about her past and her relationship within the circus, is she simply a pawn in the bigger picture? is she made of stern stuff and destined for bigger things? As the series progresses so does Vivien, she endures an extremely unique journey, most certainly one to behold with twists and turns you do not see coming a mile away.

Of course, there is the loving budding romance, now who doesn't love a good romance, but is this really as it seems? is there an ulterior motive and does Kingston really feel the same way? what about Mab or Melody how do they feel about him?

We must not forget the magic, there is plenty of magic too.

If you love the circus or circus themed stories these are for you, if you want to live in a total fantasy based world for a few hours, step right up, a unique trilogy that keeps you rooted to the page and turning them twice as fast.

Not for everyone, but if you can appreciate the arts, the magic and something a little out of the ordinary give this series a whirl. I can't recommend them enough. In my opinion Kalher has captured this world of magic and mystery perfectly....including murder and love.

I am running off to join the circus....

Sumi Nair
1.0 out of 5 stars terrible waste of a fantastic premise
Reviewed in the United Kingdom on 8 August 2014
Verified Purchase
I made the mistake of buying all 3 books based on the reviews. I dragged through the first one, and gave up 20% into the 2nd one.
Shallow characters, and a terrible execution of a premise that has so much dark potential. But a total let down. These 3 books will be gathering digital dust in my kindle library
If you are a serious urban fantasy fan and loved series by Jim Butcher, Kim Harrison , Benedict Jacka, Ben Aaronovitch, mike Carey ,anthony ryan, Patrick Rothfuss, Patricia Briggs etc. then be warned: this is a far inferior series.
Read more
Report abuse

Mrs. S. J. Jones
5.0 out of 5 stars Two of Three.
Reviewed in the United Kingdom on 7 August 2014
Verified Purchase
This was the second book in the trilogy. I wasn't sure about the first one until about 5 pages on and then I began to enjoy it. By the time I'd finished it I knew I would have to read the whole trilogy. Yes it's fantasy, so if you can't suspend disbelief then this is probably not your best buy. But for those of us who like to get away from reality by stepping sideways occasionally, then the story becomes quite addictive!
Read more
Report abuse

Ria
5.0 out of 5 stars Great trilogy
Reviewed in the United Kingdom on 1 August 2014
Verified Purchase
Couldn't wait to read this one & couldn't wait to read last one after. Came as a complete surprise as wouldn't generally be my preference of genre. Think he's a fabulous writer & was thoroughly entertained throughout!
Read more
Report abuse
See all reviews
Get FREE delivery with Amazon Prime
Prime members enjoy FREE Delivery and exclusive access to movies, TV shows, music, Kindle e-books, Twitch Prime, and more.
> Get Started
Back to top
Get to Know Us
Make Money with Us
Let Us Help You
And don't forget:
© 1996-2020, Amazon.com, Inc. or its affiliates