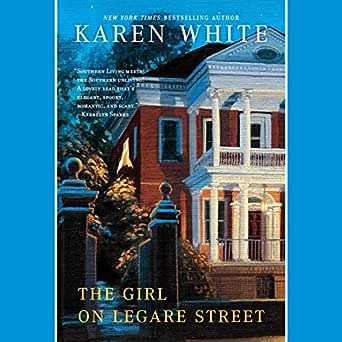 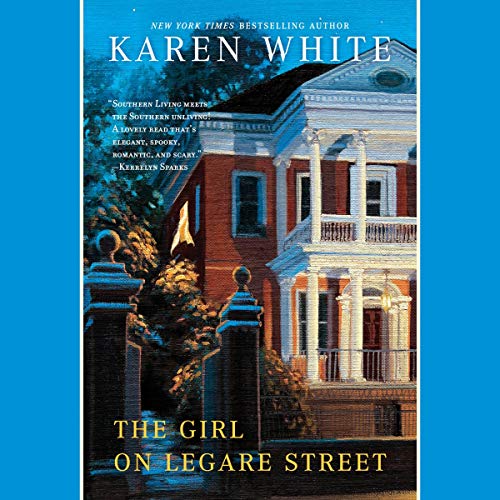 The Girl on Legare Street

4.6 out of 5 stars
4.6 out of 5
594 global ratings
How are ratings calculated?
To calculate the overall star rating and percentage breakdown by star, we don’t use a simple average. Instead, our system considers things like how recent a review is and if the reviewer bought the item on Amazon. It also analyses reviews to verify trustworthiness.

Jacqui
5.0 out of 5 stars Excellent
Reviewed in the United Kingdom on 26 March 2013
Verified Purchase
Karen White is great her books are a great escape and an easy read. Love these two characters - they make me smile. Very well written.
Read more
2 people found this helpful
Report abuse

Phoebe
5.0 out of 5 stars Better than "The House on Tradd Street"
Reviewed in Canada on 21 March 2011
Verified Purchase
"The Girl on Legare Street" is the second in a projected series of novels about Melanie, a thirty-nine-year-old Southern realtor who sees ghosts. While the ghosts in "Legare Street" are just as improbable as they were in the previous novel, with a climax that really is over the top, Melanie's motivation is more clearly defined than before, and, as in "The House on Tradd Street," all the characters--even General Lee, her precocious little dog--are well-developed and realistic. The book is quite humorous at times, but the story, overall, is darker and more frightening than "Tradd," since it centers upon Melanie's own family secrets, both her mother's and those of long-dead relatives from the past.

If you are willing to suspend disbelief, you will, very likely, enjoy the slow revelation of the mystery and White's gift for creating characters that feel like friends.

Sasa
5.0 out of 5 stars Good read
Reviewed in Canada on 15 August 2017
Verified Purchase
I enjoyed this book ,interesting reading about a house its former and present occupants
Read more
Report abuse

A. Stephens
2.0 out of 5 stars Main Character is unlikable. The story itself was fabulous, so 2 stars.
Reviewed in the United States on 18 March 2017
Verified Purchase
The main character is supposed to be a woman in her 30s. She acts like an immature teenager. If the main character was to act like a grown up it would have been a 5 star book. It was incredibly hard to like her. I found myself liking her less and less- and less. In fact, about 1/4 of the way through this book I thought "Yeah! Found a fabulous book series" and ordered all other Tadd St books by Karen White. By the end of the book I'd had just enough of the main characters ego and immaturity.Besides how terrible she treats the man in her life (he should run!) who wants to hear over and over how thin this woman is and how every time she eats she can eat what she pleases? Every darn time the character (or author) was bragging about how thin she was. Once was enough. I skimmed reviews on the rest of the series and saw other comments in Goodreads that mirrored my disappointment. Donated the books without even cracking the spine. The story itself was fabulous, so 2 stars.
Read more
23 people found this helpful
Report abuse
See all reviews
Get FREE delivery with Amazon Prime
Prime members enjoy FREE Delivery and exclusive access to movies, TV shows, music, Kindle e-books, Twitch Prime, and more.
> Get Started
Back to top
Get to Know Us
Make Money with Us
Let Us Help You
And don't forget:
© 1996-2020, Amazon.com, Inc. or its affiliates