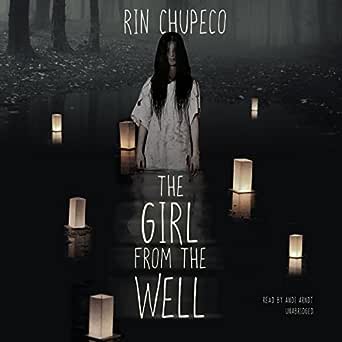 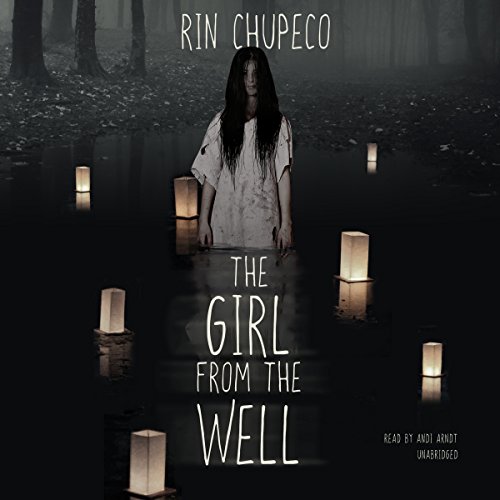 The Girl from the Well

4.6 out of 5 stars
4.6 out of 5
258 global ratings
How are ratings calculated?
To calculate the overall star rating and percentage breakdown by star, we don’t use a simple average. Instead, our system considers things like how recent a review is and if the reviewer bought the item on Amazon. It also analyses reviews to verify trustworthiness.

Neil Carlson C. Tan Sy
5.0 out of 5 stars Refreshing change of POV
Reviewed in Australia on 2 January 2020
Verified Purchase
I really enjoyed how this book has been written in the ghost's point of view. Since the popularity of The Ring and the Grudge we have always viewed the scary woman with the long hair as the villain and nothing else. In this book, while she is still scary, another side is shown. This was a page-turner, a fun read. I will be buying book 2 right about... Now.
Read more
Helpful
Report abuse
See all reviews

Tales of a Librarian
5.0 out of 5 stars Possibly my favourite horror story of the year
Reviewed in the United Kingdom on 22 November 2019
Verified Purchase
I really enjoyed this. Ghost stories can be hit and miss with me because far too many authors seem to forget that the point of a ghost in fiction is to mirror the problems of the main characters. Ghost stories are about people, not about the ghosts. That's the mark of good horror imo. A ghost story where the pov character is the ghost is an even harder sell. And yet Rin Chupeco has pulled off both masterfully with this book.

The main character is a malevolent Japanese spirit with a special interest in avenging children and wronged women. Her style of retribution is horrific, bloody and extremely violent. And then Tarquin Halloway comes to her attention. A strange boy covered in mystical tattoos who trails a far darker presence behind him. For the first time, it occurs to the MC that she can protect children as well as avenge them. What follows is an intense, fast paced and at times epically creepy story about revenge and atonement, family and forgiveness.

I loved the interweaving of Japanese mythology, much of which I was familiar with, and which I enjoyed seeing carefully mixed with Western understanding of ghosts and spirits. I must be super dense though because despite the title, I didn't realise it was thatgirl from the well. The one which all Japanese horror such as the Ring and the Grudge were based on. It was only when Chupeco mentions Himeji Castle that it clicked - because I have visited the castle when I went to Japan and I saw Okeku's well!

My absolute favourite character was Callie. She was brave without being stupid. Compassionate without being insipid. Openminded without being preachy. I really hope she gets a cameo in the companion novel which I must now go and read. Tark is also an engaging character and I never thought I'd feel so connected to an inexplicable spirit of vengeance as I did with Okeku. This was a brilliant book. Highly recommend for lovers of horror and those who want a ghost story with a twist.
Read more
Report abuse

Micheala McClelland
4.0 out of 5 stars It’s a slow burn story that reels you in from the first line
Reviewed in the United Kingdom on 13 December 2019
Verified Purchase
I wasn’t too sure going into this book how it was going to turn out as I hadn’t heard to much about it but I can safely say that it was worth the read.
This book is told from the perspective of Okuki, a revengeful spirit who after her own tragic past has taken it upon herself to set the victims of child murderers free by killing their killer. Out with seeking revenge Okuki stays out of the way of the living until she comes across a boy with a secret of his own and leads her into a battle with a being that may just be stronger than she is.
Okuki is by far the best part of this book. She is definitely the most developed character in the book, she is morally grey and has a brilliant story arc. She is also terrifying. I liked the other main characters Tark and his cousin Callie but they sort of faded into the background a bit as Okuki stole the show.
This is such an atmospheric book, it’s creepy and unsettling from the get go. It’s a slow burn story that reels you in from the first line and will leave you feeling tense and edgy the whole way through.
Unfortunately, I wasn’t too keen on the ending it just seemed to fall a little flat for me. I don’t know whether this may be because they were setting up for a sequel when I feel it would have made a really good standalone.
Overall, this was an enjoyable, spooky read and I gave it 4 out of 5 stars.
Read more
Report abuse

amysreading_nook
3.0 out of 5 stars Lacking in the second half
Reviewed in the United Kingdom on 1 March 2020
Verified Purchase
I really really enjoyed the start of this book, probably about the first half of it. There was such an atmospheric feel to it and it was honestly very creepy. I liked Okiki and found her characterisations really interesting, the more you get to know about her the more complex she becomes.

This book also has an incredibly diverse cast and touches on Japanese culture and customs; I don't know how accurate these depictions are so i'd be interested to know if they were accurate.

Sadly for me it slowed down in the second half of the book and this is where my enjoyment slowed. It just seemed to drag on quite a bit and take a good while to get to the conclusion. I know there's a sequel out so I would be intrigued to read it but I won't be jumping to read it.
Read more
Report abuse

SausageRoller
4.0 out of 5 stars is pretty easy to stick your nose up at
Reviewed in the United Kingdom on 1 January 2017
Verified Purchase
This was a very entertaining YA horror novel which, at first glance, is pretty easy to stick your nose up at. Mainly because the cover is such a rip-off of the Japanese horror film classic “Ringu” I am amazed the publisher hasn’t faced a law suit it’s so similar. However, from the back sleeve this novel is pegged at “Ages 14 and up” so I’m guessing that age group of 2016 may not be as familiar with slow walking young women, with very long black hair, climbing out of wells as us adults who became jaded with J-Horror once it ran out of ideas a good few years ago and started repeating itself. Age certificates on books do make me smile though….
Also, call me a snob, but I’m instantly suspicious of a novel which at first glance is inspired by a film, however, once I dug a little deeper I realised there was much more going on a lot of Japanese folklore written into the context of the book. This novel has as yet to be published in the UK, and even has a sequel which is a fairly direct continuation of the story in the USA. I’d never heard of this author, but she has a rather quirky website and even I was shocked to read that she first read Stephen King’s “Pet Semetery” at six years old!!!!!!! She’s a native of the Philippines and seems to be making a name for herself on the YA scene across the pond. She also has wonderful taste in fiction ranging from David Eddings, Charles Bukowski to Neil Gaiman. So go check out Rin’s website.
So what is the connection with “Ringu”? This novel is largely narrated by a ghost named Okiku, who being dead for several hundred years, was originally killed when she was thrown down a well. That’s the most obvious connection with “Ringu” everything else revolves around vengeful spirits and demon possession, so the similarities with “Ringu” are actually quite minimal when it comes to the plot. The main thrust of this story revolves around the ghost who rather brutally kills child murderers and rapists. She can see the dead children almost hanging around the neck of killers and the way she seeks revenge is pretty nasty and gruesome and does recall “Ringu” slightly. When Okiku goes to work she really doesn’t hold back! Killing the murderers frees the spirits of the children which is what she wants to do.
This very clever novel really has a lot to offer and the ghost Okiku is attracted to a teenage boy whom she can sense the aura of death around, but he is no killer, but is most certainly troubled. Also, the boy can see her, as can the boy’s cousin, a trainee teacher. So these are the three main characters as we enter the realms of demon possession, exorcisms and some pretty bloody killing. The book is initially set in America, before moving to Japan, where there is lots of stuff about Japanese culture involving the supernatural. It’s a well paced read and you really feel for seventeen year old Tark who really has to face his inner demons. Literally.
I really liked this book a lot, I thought it was very well balanced and the quirky three way friendship with the ghost (who was a multiple murderer remember) worked really well, as did the family dynamics of the boy who doesn’t realise he comes from a family who have powerful connections with the dead. Ok the book is billed as ‘14+’ but I would be happy enough giving it to most kids who like horror, have a passing interest in folklore and legends, or just want an entertaining page turner. It stands up as a very good story on its own right and the American publisher really didn’t need to oversell the “Ringu” stuff with the lame copycat cover.
Read more
Report abuse

Victoria
5.0 out of 5 stars Love love LOVE
Reviewed in the United Kingdom on 23 May 2020
Verified Purchase
I love this author. I've read all her books this far. They are very difficult to put down. Her horror-y books make your spine tingle a bit which I think is very difficult to pull off with a book.
Read more
Report abuse
See all reviews
Back to top
Get to Know Us
Make Money with Us
Let Us Help You
And don't forget:
© 1996-2021, Amazon.com, Inc. or its affiliates