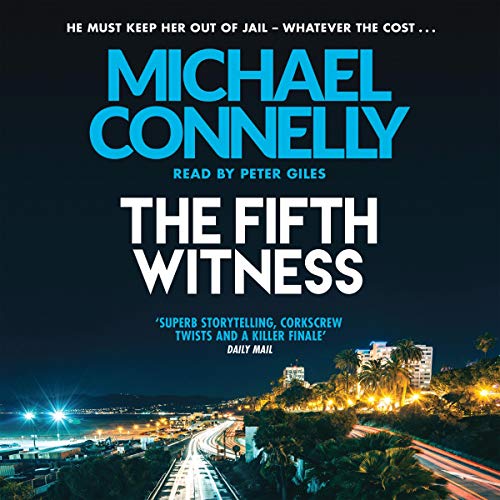 4.5 out of 5 stars
4.5 out of 5
4,476 global ratings
How are ratings calculated?
To calculate the overall star rating and percentage breakdown by star, we don’t use a simple average. Instead, our system considers things like how recent a review is and if the reviewer bought the item on Amazon. It also analyses reviews to verify trustworthiness.

Schillo66
1.0 out of 5 stars Much Too Long
Reviewed in Australia on 7 December 2020
Verified Purchase
As a fan of Harry Bosch I decided to give Micky Haller a try. I wish I hadn't bothered. Haller is the "bizarro" Harry. He doesn't practice law he just finds loopholes in the law to exonerate his loathsome clients. He certainly isn't Perry Mason or Atticus Finch.
Read more
Helpful
Report abuse

Dr R Marjoribanks
5.0 out of 5 stars Courtroom drama at its best. No one does it better!
Reviewed in Australia on 14 June 2021
Verified Purchase
Michael Connolly has exceptional page turning talent. I had thought that his Bosch detective series could not be bettered, but he has with the Mickey Haller series. Puts John Grisham in the shade- and that is not low bar.
Read more
Helpful
Report abuse

Jonathan
5.0 out of 5 stars It just flows ...
Reviewed in Australia on 27 October 2020
Verified Purchase
As per previous Lincoln Lawyer stories - flows on from surprise to surprise. What a great read! Imagine being able to make a court case seem suspenseful and exciting. Fifth Witness does that it spades!
Read more
Helpful
Report abuse

mark
3.0 out of 5 stars Very good courtroom drama
Reviewed in Australia on 6 February 2020
Verified Purchase
This book is very entertaining for those who like the full anatomy of a court case full of twists and turns. Not so great for those of us who loved the Bosch series with its all round excitement and superb character portrayals.
Read more
Helpful
Report abuse

mal
4.0 out of 5 stars Typical of the author. Holds your attention.
Reviewed in Australia on 12 October 2020
Verified Purchase
Couldn't really put it down and a nice little twist at the end.
Read more
Helpful
Report abuse

Amazon Customer
5.0 out of 5 stars A great read.
Reviewed in Australia on 30 March 2020
Verified Purchase
Not much to dislike about the book except for Connelly’s misuse of the word “alternate”.He needs to learn the difference between alternate and alternative.
Read more
Helpful
Report abuse

Alan G. Hider
5.0 out of 5 stars Superb as always
Reviewed in Australia on 17 April 2018
Verified Purchase
The Lincoln Lawyer has a convincing and wonderful style that had me hooked. The final few pages will blow your mind.
Read more
Helpful
Report abuse
See all reviews

Roger Drew
5.0 out of 5 stars Well now! ....Wow. What a brilliant read.
Reviewed in the United Kingdom on 23 May 2020
Verified Purchase
Where do I start?
Mr Connelly, you're a genius when it comes to novel writing.
You grab us by the throat from the get go. Your skill at devising a brilliant plot with all the the twist and turns a reader would ever want. And of course, the dialogue is outstanding together with the way you paint the characters for us.
I have read practically all your Bosch novels . Again, all real page turners. I've even watched a few of the Bosch videos on Prime. Again brilliantly directed and produced. I notice Mr Connolly even had a say in the production. Very shrewed of Amazon!
Please continue to amaze and delight me for May years to come.
Read more
2 people found this helpful
Report abuse

hertsj
4.0 out of 5 stars Worth a read
Reviewed in the United Kingdom on 23 February 2020
Verified Purchase
I did enjoy this book but I'm not quite so keen on the Mickey Haller series as I am on Harry Bosch. The main reason I suppose is that it is at the centre of the American legal system which is sufficiently different to ours for me to struggle with it. I know the HB series touches upon it but it isn't quite so loaded with legalise. However, having said that, the plot is terrific as usual and I enjoyed it.
Read more
3 people found this helpful
Report abuse

E Griffith
5.0 out of 5 stars Good stuff
Reviewed in the United Kingdom on 17 October 2020
Verified Purchase
This is a long book, and for most of it the setting is a law court with a woman on trial for murder. It could be boring, but it isn’t. Anyone who has ever given evidence in court will know how cunning cross examining lawyers can be and this is clearly evidenced here! Connelly is a master in police evidence procedure and the whole justice process but what he is best at is dialogue. This is what drives the whole story. Not long descriptions but pure, natural sounding, conversations between the various characters. I was engrossed and just loved the ending.
Read more
Report abuse

Garth Horigan
4.0 out of 5 stars Haller person or Bosch person?
Reviewed in the United Kingdom on 1 October 2017
Verified Purchase
I wonder if you have to be a Haller person or a Bosch person. If so, I am a Bosch person but this is still a good book with a neat story. The best aspect, as always with Haller books, is the courtroom drama but I just miss the Bosch back story that always gives such an edge to those stories. Bosch is such a better character than Haller. Still a good story - but the twist at the end seems a bit peremptory.
Read more
4 people found this helpful
Report abuse

NJ
3.0 out of 5 stars A Fifth of Excess
Reviewed in the United Kingdom on 19 October 2014
Verified Purchase
The top table of genuinely great contemporary crime writers is very small (shock horror, I wouldn’t even sit Dennis Lehane there any more) but, for his Harry Bosch novels alone, Michael Connelly has a seat there in perpetuity. In that context, branching out from your cash cow to attempt another series is a risky move, but Connelly really is one of the greats and has struck gold in 'Lincoln Lawyer' Mickey Haller. The first three books in this series worked hard to establish a world that feels real and compelling, and while the fourth just about manages the first part, it falls short somewhat on the second.

This is Connelly’s twenty-third published novel, and by now we know he’s no flighty neophile – what you’re getting is the Old School, with maximum verisimilitude, lawyerly skulduggery and a side-serving of faintly scathing amorality. All of which has worked perfectly before, but comes a little unstuck in The Fifth Witness simply because there’s too much of everything – if I didn’t know Connelly better, I’d assume he was trying to pad this up to novel-length with chapters and chapters of the eventual court battle given over to restating what we’ve already been told elsewhere. It gets, frankly, a little dull. I even – sacrilege! – skipped several pages of testimony because I knew nothing new was going to be introduced; and this is coming from a man who read every word of Chasing the Dime (the only outright bad book that Connelly has written). Arguably at least 20% of this book is not needed, and without it the narrative would be far sharper.

There’s also the small matter of just how unlikely the whole thing is – I have no desire to give any plot points away – and while I can buy Bosch repeatedly stumbling into crimes that have far-reaching repercussions, it seems a bit of a narrative stretch for Haller to always end up with The Huge Case That’s Not What It Seems. Too many conveniences pile up and, while I get that this is entertainment and fiction, it becomes a bit like the television show 24 – you’re waiting for the mole in CTU to be discovered, for Jack to be disavowed, for Chloe go against her orders and help him out and ultimately be proved right, etc – because it’s inevitable that there’s some shocking surprise that Haller and his team happen to be privy to.

Given his current competition, and I use the word loosely, Connelly is still streets (hell, whole cities) ahead and getting increasingly isolated on that tiny table. Class is permanent, as they say, and I’m not giving up on his any time soon, but it’s worth being aware of his flaws in order to make his brilliance shine all the brighter when he sustains it over an entire novel.
Read more
8 people found this helpful
Report abuse
See all reviews
Back to top
Get to Know Us
Make Money with Us
Let Us Help You
And don't forget:
© 1996-2021, Amazon.com, Inc. or its affiliates