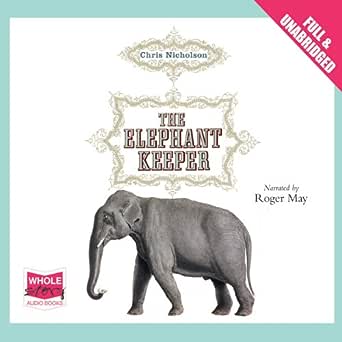 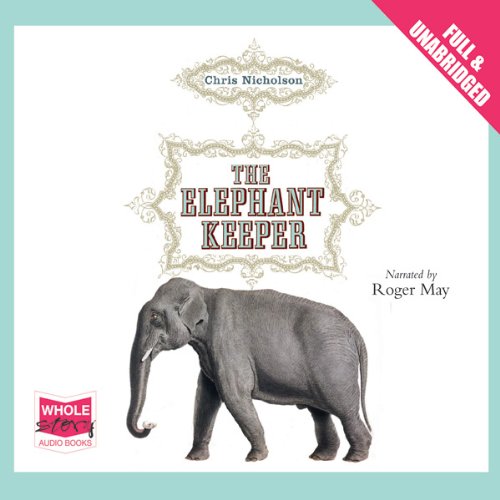 4.0 out of 5 stars
4 out of 5
309 global ratings
How are ratings calculated?
To calculate the overall star rating and percentage breakdown by star, we don’t use a simple average. Instead, our system considers things like how recent a review is and if the reviewer bought the item on Amazon. It also analyses reviews to verify trustworthiness.

Phil
4.0 out of 5 stars A beautiful and highly original story
Reviewed in the United Kingdom on 22 March 2010
Verified Purchase
Eighteenth-century stable-boy Tom is kind and gentle, but also (as far as his status as a servant allows) quite forthright and assertive. His acute awareness of human folly makes him increasingly prefer the company of elephants to his fellow men. Withdrawing more and more from society, as he focuses on looking after his charge, Jenny, his internal dialogues with her provide a touching insight into his loneliness, determined as he is to prioritise her needs over his own, in particular his yearning for a wife. His mental health declines, as regret and disillusionment begin to eat at him, and Jenny is all that keeps him going. (You realise that the novel's title is ambiguous, begging the question: Who is the keeper - Tom or the elephant?)

The problem was that my pleasure in reading this tender story, told in such a lovely, uplifting way, was somewhat spoiled by the unremittingly sombre mood of the final section. The direction it took was inevitable, but it was just a bit too relentless. Also, the final few pages (where the author takes over the narration) are distinctly odd, and felt overly sentimental. Nevertheless, it's a beautiful and highly original story, and so cleverly crafted that it reads as a credible piece of writing by a young man with a good brain but a limited formal education. Nicholson shrewdly avoids giving Tom a modern sensibility: he does and says things that might surprise us, but are very much in tune with his era. And good use is made of the research, with fascinating facts imparted in clever ways that avoid a sense of contrivance.

There are some interesting themes: the role that truth plays in our lives, and why we sometimes choose deceit or pretence; the exploitation and abuse inherent in the relationship between master and servant; and what it means to be a human being, in comparison with other animals. But these themes never weigh heavily on the reader, and there are frequent touches of humour. All in all, an excellent book, from a gifted author. (His debut novel, The Fattest Man in America, is also good: more limited in its storyline, but with a hugely (excuse pun!) congenial narrator and, again, some wonderful stuff about exploitation.)

L. Johnson
3.0 out of 5 stars fabulous start
Reviewed in the United Kingdom on 25 October 2018
Verified Purchase
The beginning section was witty and engaging. I relished the early section, eagerly reading and laughing out loud. The novel promised so much....but alas, it quickly fell away. The middle part took a distinctly peculiar turn - the purpose of which was never explained, and the ending was a further turn into a dark alley leaving no coherent narrative. I was left to wonder what was the author saying?
Read more
Report abuse

Terry Rainbow
3.0 out of 5 stars Three Stars
Reviewed in the United Kingdom on 5 February 2018
Verified Purchase
It is an interesting read. lots of spelling mistakes
Read more
Report abuse

SEAPWilliams
5.0 out of 5 stars Charming piece of quirky historical fiction
Reviewed in the United Kingdom on 18 December 2014
Verified Purchase
This is the story of one of the first elephants to reach the UK and how it changed one young man's life.
It was interesting and endearing.