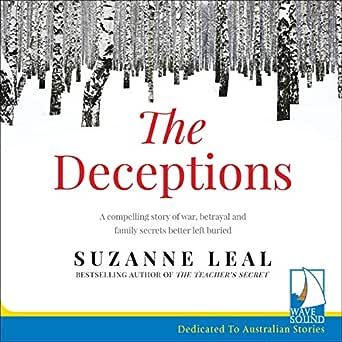 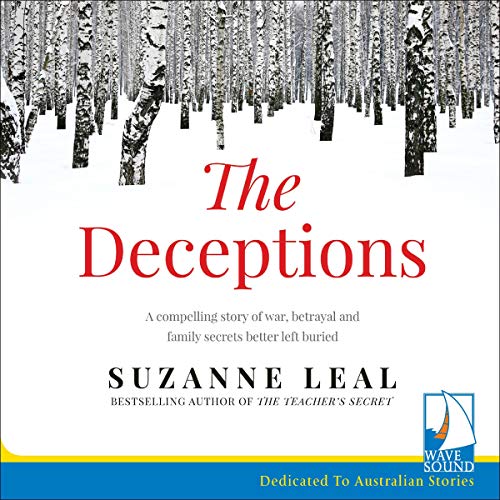 Lynette Grae
5.0 out of 5 stars A very remarkable story.
Reviewed in Australia on 29 May 2020
Verified Purchase
What a remarkable story. Gripping right to the unpredictable ending. I enjoyed every minute of it. Just amazing. So highly recommended.
Read more
Helpful
Comment Report abuse

lola.and.puki
5.0 out of 5 stars Compelling, moving & thought provoking must read!
Reviewed in Australia on 14 April 2020
4.5 stars

The Deceptions by Suzanne Leal is a compelling, vivid and moving portrayal of survival, betrayal and the unintended consequences of concealed truths.

From the very start I was drawn in by expert story telling, engaging characters and an intriguing transition between Prague during WWII and modern day Sydney. I couldn’t help but wonder how these characters were interlinked and what deceptions bound them. There’s an underlying theme of morality and exploration of human nature & human connections, which would make The Deceptions an excellent book club choice with plenty to discuss. The author doesn’t sensationalise the brutality of WWII but provides an intriguing perspective on human relationships in it’s various forms and the unintended consequences of long buried secrets.

The Deceptions is a well paced novel that had me reading until the early morning and I finished it in two sittings. It’s had quite an impact on me and left me thinking about the various characters who seemed so real and the choices that they made. I was emotionally drawn into the unfolding events up until the climactic end and I believe The Deceptions is a must read for everyone.