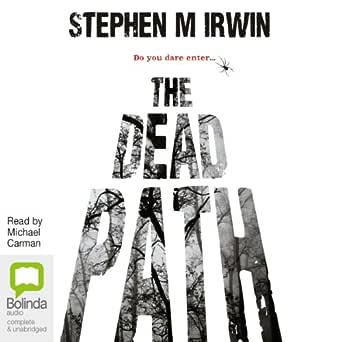 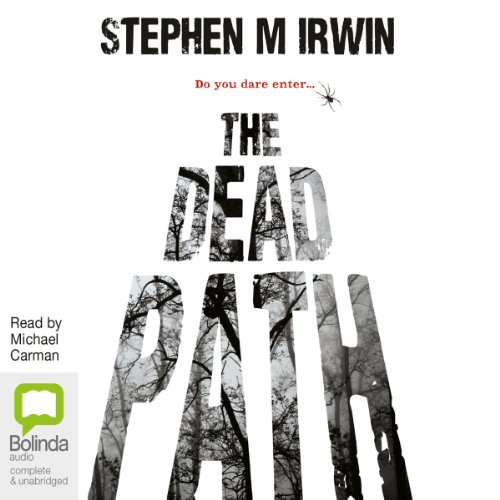 louisa
4.0 out of 5 stars Well written
Reviewed in Australia on 6 August 2015
Format: Kindle EditionVerified Purchase
This book kept me interested, and for that I'm grateful! It's hard to find a good horror lately that doesn't turn silly and predictable. If you like Stephen Kings works you'll love this. Excellent read :)
Read more
Helpful
Comment Report abuse
See all reviews from Australia

Kindle Customer
4.0 out of 5 stars Love this book
Reviewed in Canada on 12 February 2015
Verified Purchase
Strange and creepy, with an unexpected ending, in more ways than one. The characters were great, they weren't just one dimensional like so many other books.
Read more
Helpful
Sending feedback...
Thank you for your feedback.
Sorry, we failed to record your vote. Please try again
Report abuse

Shannon M.
5.0 out of 5 stars OH. MY. GOD. WHAT A STORY!!
Reviewed in the United States on 8 October 2017
Verified Purchase
Remember the adage about not judging a book by its cover? So true! I didn't expect much from this book when I bought it, but the reviews were good, so I gave it a chance. Boy, was I glad I did! It's a chilling, heart-pounding horror story that left me reeling. It's disturbing and scary and I am in awe of Mr. Irwin's talent.
It's about a witch who lives in a spooky woods that borders a suburban neighborhood. Kids go missing and end up found dead, and a human suspect always confesses. Only one man begins to suspect that there's something more going on: he's a tortured psychic who constantly sees repeating visions of murdered people. But nobody believes him. Who would?
The hero is sympathetic because the witch is so nasty and evil. This is not some peaceful, nature-loving Wiccan. She is a dark fairy tale come to life.
I highly recommend this book for all horror fans.
Just one word of warning: if you have arachnophobia, this book will freak you out. The award for scariest use of spiders in a horror novel: Stephen M. Irwin.

~S~
5.0 out of 5 stars Not for the faint of heart!
Reviewed in the United States on 29 September 2016
Verified Purchase
I LOVE this book! It was recommended for me as part of the All Hallows Read event my local library does every year. I always pick a creepy or horror related book to read around Halloween and this book was perfect. Yes, the book is defiantly not for the faint of heart. There are parts that are straight up cringe worthy and will turn your stomach. There might be a few spelling errors but it didn't really bother me too much because I was so captivated by this story. This book kept me in its grip and there was twist after twist and an ending that I did NOT see coming. I highly recommend this book but only if you can handle horror because that's what this book is. There are some things that might be triggering for some people such as unwanted sexual advances, violent physical attacks, spiders, the murder of children...
This is a mystery horror novel and a very good one in my own opinion.

Readaholic
5.0 out of 5 stars Amazing talent! Horror for conoisseurs of good writing.
Reviewed in the United States on 17 October 2014
Verified Purchase
4.5 stars. After reading some very over-hyped contemporary horror novels, I was starting to lose faith in the genre. I remembered Irwin's name from a short story anthology (his story was the standout), so being October decided to give this novel a go, though with no great expectations. However, my skepticism was blown away on the first page. Irwin is a masterfully eloquent writer, yet has the deftness and restraint to never get carried away with long descriptions. As a budding writer, I'm simply jealous of his prowess! The suspense built gradually but my interest never faltered, probably because the author fully fleshed out the plot and most of the characters (especially the protagonist), maintaining believability throughout. I don't understand the comments about a disappointing ending. (Maybe because it wasn't entirely fatalistic like so many modern stories?) All in all, a wonderfully constructed, creepy and satisfying story. The reason I gave this 4.5 instead of 5 stars was the mother Katherine, who seemed less credible than the other characters because of her ever-changing perspective. While interesting, her comments about witches and hauntings being less scary than terrorists and other modern-day evils were the only parts of the story that felt tacked on and out of place. I never fully understood the purpose of Nicholas' ghosts, either. They seemed less frightening than the author perhaps intended, and I hoped at times they would take a more active role. In the end, it is to the author's credit that those details didn't deter me from being fully engrossed in the story and delighted with his amazing talent throughout.
Read more
2 people found this helpful
Helpful
Sending feedback...
Thank you for your feedback.
Sorry, we failed to record your vote. Please try again
Report abuse

Lindadee
5.0 out of 5 stars I love a scary read...
Reviewed in the United States on 8 May 2019
Verified Purchase
Seeing ghosts is not all it's cracked up to be. Especially when they keep reappearing and reliving their moment of death.
And when one is your spouse, well...you have to move away.
This is a mystery with some skin-crawling moments, nasty surprises, and a good-guys-win-in-the-end. Hope I didn't spoil it for you...

writersblock15
3.0 out of 5 stars Creepy Story Despite Some Outrageous Elements
Reviewed in the United States on 31 October 2014
Verified Purchase
You will enjoy The Dead Path if you don't take it too seriously and just go with the flow. After the sudden death of his wife, a man begins to see visions of the dead. Although we've seen this "I see dead people" plotline before The Dead Path takes a new direction and transplants our "supernatural seer" into his hometown where he'd experienced trauma as a child. It is in his hometown, with his dysfunctional relationships and a new series of murders occurring that we come to understand that something more sinister is at work. There are some pretty silly elements to this finding, but nonetheless (go with the flow remember?) if you roll with the story there is some creepy moments and a memorable villain to keep the story moving.
Read more
One person found this helpful
Helpful
Sending feedback...
Thank you for your feedback.
Sorry, we failed to record your vote. Please try again
Report abuse

Sharon L. Hinton
5.0 out of 5 stars A must read!
Reviewed in the United States on 11 October 2010
Verified Purchase
I am not normally a big fan of the horror, but The Dead Path was recommended to me by a friend who promised me that this novel would win me over to the genre. It has. Based around the sleepy suburb of Tallong, The Dead Path is a fantastic read that showcases Stephen M Irwin not only as a master storyteller but also as a very fine researcher.

In The Dead Path, Irwin takes the time to paint the landscape of his story well but it is the unexpected 'twists' that make this novel stand out as a a truly compelling read. There are too many twists to enumerate in one review but I'll give a short teaser. To start with the obvious, The Dead Path is set in an inner-city Australian suburb - not the normal stomping ground for a nail-biting horror. The central character of Nicholas Close sees ghosts - ho hum - but not in any way that you've read about before. There are two protagonists - a risky move at the best of times - but Irwin pushes it even further by introducing the second in the latter third of the book. It works. This new character is equally as compelling and succeeds in sucking you further into the storyline.

Irwin's writing is very descriptive and he possesses an extensive vocabulary - which he is not afraid to use. Metaphors abound and, in a note of caution, if this is not your thing, The Dead Path may not be the read for you. However, for those of you who like to fully savour the 'sights', 'sounds' and 'tastes' of a story, Irwin's writing is defintely a sensory feast.

The Dead Path is an interesting and compelling read which has appeal well beyond the horror genre. Readers of supernatural fiction, thrillers and crime who are looking for a change should also give The Dead Path a try. I promise that you will never look at little white dogs, drainage pipes or even a bathroom being painted in quite the same way again...

E. Vegvary
4.0 out of 5 stars Gorgeous on the Sentence Level!
Reviewed in the United States on 27 July 2011
Verified Purchase
This is an amazing adventure story that plays out in the guise of a horror/ghost story and ends on a fairytale level! There are some absolutely astonishing sentences contained within an otherwise pulp-style horror novel. This writer has a strong hand on the human experience and I can't wait to read the book in which he truly "goes there".

My only complaint was that there is an unfortunate melding of Satan and The Green Man and Pan. This is always disheartening. But I chose to ignore it because the story was so good and the writing so delicious.

C. Brown
5.0 out of 5 stars Five Stars
Reviewed in the United States on 29 December 2016
Verified Purchase
Spiders, ghosts, creepy disfigured talismans, spooky woods. Not to mention a guilt-ridden, gloomy, reluctant protagonist who doesn't think himself capable of saving anyone. What more could you ask for in a novel? I read many scary books, but this one spooked me so much that I had to put it down fairly often, just to take a breather and clear my head of its indelible imagery. I've never been to Australia but this book's heady atmosphere and descriptions of the danger lurking in bland suburban sprawl both intrigued me and made me vow never to get within shouting distance of the country. There's some blood and gore here, but this isn't a slasher novel it's paranormal suspense at its best. Happy reading, and stay away from spiders.
Read more
Helpful
Sending feedback...
Thank you for your feedback.
Sorry, we failed to record your vote. Please try again
Report abuse

michell peter
5.0 out of 5 stars great detailed writing
Reviewed in the United States on 12 January 2014
Verified Purchase
Awesome book wish I could forget it and read it again like it was new to me. It kept me on the edge of my seat :)
Read more
Helpful
Sending feedback...
Thank you for your feedback.
Sorry, we failed to record your vote. Please try again
Report abuse
Load more international reviews

kindnesscity
5.0 out of 5 stars Five Stars
Reviewed in the United States on 8 September 2017
Verified Purchase
One of the most memorable books I've read. Unique and creepy vibe with unexpected twists.
Read more
Helpful
Sending feedback...
Thank you for your feedback.
Sorry, we failed to record your vote. Please try again
Report abuse