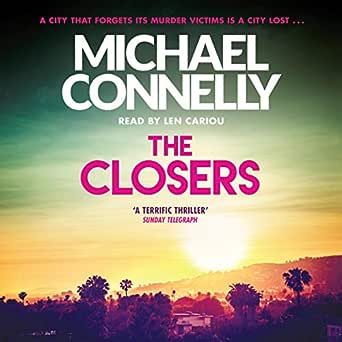 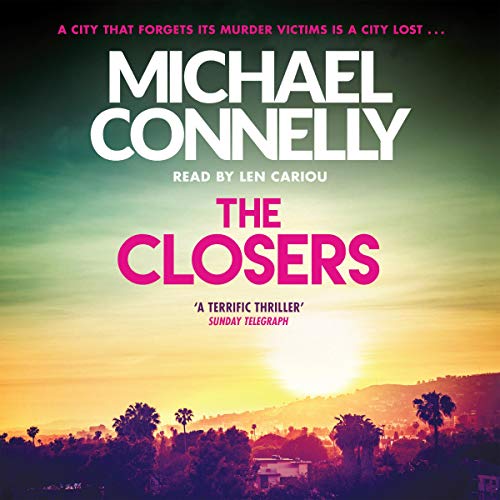 4.7 out of 5 stars
4.7 out of 5
2,562 global ratings
How are ratings calculated?
To calculate the overall star rating and percentage breakdown by star, we don’t use a simple average. Instead, our system considers things like how recent a review is and if the reviewer bought the item on Amazon. It also analyses reviews to verify trustworthiness.

Amazon Customer
4.0 out of 5 stars Harry back on his game.
Reviewed in Australia on 5 February 2019
Verified Purchase
Harry is back, in a new division with his former partner, naturally there is an old protagonist in the mix to keep him on his toes as well. It was unusual to have Harry doubting his judgement and I'm not sure this book was the page turner we have come to expect, but it's still a good read and not too taxing on the reader.
Probably not Connellys best yarn, but still worth a read.
Read more
Helpful
Report abuse

Kindle Customer
5.0 out of 5 stars Another great one
Reviewed in Australia on 6 February 2020
Verified Purchase
The rebirth of the retired Harry Bosch is complicated and follows many ups and downs.
It is frustrating at times, and gratifying at others.
A great story, now for the next one.
Read more
Helpful
Report abuse

Richard.
4.0 out of 5 stars Bosch bounces back
Reviewed in Australia on 25 March 2020
Verified Purchase
May be not Connelly's best Bosch but still a very good read. A little predictable, enjoyed the challenges to work it through and identify the guilty person. Connelly is good here provides the clues along with the red herrings.
Read more
Helpful
Report abuse

Fryboy
4.0 out of 5 stars Page Turner
Reviewed in Australia on 24 February 2021
Verified Purchase
A thoroughly enjoyable yarn from Connelly. Bosch is such an easy character to identify with. The story itself took a number of twists and turns and had you guessing...'who dun it'. Well worth a read.
Read more
Helpful
Report abuse

Allen T. Barnett
5.0 out of 5 stars Another winner
Reviewed in Australia on 7 January 2017
Verified Purchase
Best detective story teller ever! He even beats Ian Flemming.
When I finish I will have read every Bosch story.
Sure wish I could get the movie
Read more
Helpful
Report abuse

Peter Doyle
4.0 out of 5 stars Don't close it
Reviewed in Australia on 15 December 2018
Verified Purchase
Classic Bosch. Great read throughout with a real insight into police work. Some great characters with some good twists. A great read. Enjoy.
Read more
Helpful
Report abuse

Amazon Customer
5.0 out of 5 stars Close to the best of Bosch.
Reviewed in Australia on 2 June 2019
Verified Purchase
A scratchy start became a revelation.
Gripping, thoughtful crime story.
Dramatic, unpredictable conclusion.
A must read for all Bosch addicts.
Read more
Helpful
Report abuse

Russ
5.0 out of 5 stars Harry Bosch - The Closers
Reviewed in Australia on 27 December 2019
Verified Purchase
Another fine Harry Bosch detective novel. My one concern is I am closer to the end of the series. Fourteen more to go. Excellent writing Michael Connelly.
Read more
Helpful
Report abuse
See all reviews

Paul S
5.0 out of 5 stars Yet another outstanding novel in the Harry Bosch series by Michael Connelly.
Reviewed in the United Kingdom on 8 February 2018
Verified Purchase
Once again Michael Connelly has produced an intelligent, thought-provoking story featuring the veteran homicide police detective, Harry Bosch. While one can read this book as a stand-alone story, one will enjoy it even more if one has read the ten earlier books featuring Harry Bosch.
This story opens with Harry Bosch returning to the Los Angeles police force following a three year spell as a private investigator. However, he is assigned to the 'Open - Unsolved' unit - a small team of seasoned police officers who take a second look at unsolved crimes of the past. Also on the team is former colleague Kizmin Rider. In addition, Harry is soon reacquainted with a number of other former colleagues, including his nemesis, Irving Irving.
The first case that Harry is given concerns the murder of a biracial 16 year old, Rebecca Verloren. Now, seventeen years later, thanks to advances in technology, a DNA match links an illiterate white supremacist with this old case. However, Bosch discovers that while the 'murder book' of the crime still exists, the box containing other physical supporting evidence collected at the time has disappeared. Could this new DNA connection be the break that brings this case to closure?
While this is a traditional police procedural story where you follow Harry Bosch and his colleagues as they conduct their investigation, and experience through them the highs and lows of a number of different 'avenues of investigation', I think the real strength and impact of this novel lies in how Michael Connelly skilfully, and devastatingly, portrays the impact that a long-standing unsolved murder has on family, friends, and others involved in such cases (the 'ripples' as Harry refers to them). In this novel there is far less emphasis on Bosch's personal life and a greater focus on his personality - particularly his dogged determination to seek justice, closure and to 'speak for the dead'. For me, this is the most poignant of the Harry Bosch novels I have read to date.
Read more
5 people found this helpful
Report abuse

Merewoodman
5.0 out of 5 stars Another top book
Reviewed in the United Kingdom on 26 February 2018
Verified Purchase
How Michael Connelly can keep writing such varied books about LAPD is beyond me. I feel as if I've spent lots of time in the City as his descriptive prose is informative and interesting. Also as a former police officer in the UK I find the similarities between their relationships wit heir supervisors so parallel to things here. Keep them coming Michael
Read more
2 people found this helpful
Report abuse

Kindle Customer
2.0 out of 5 stars not very good
Reviewed in the United Kingdom on 23 August 2014
Verified Purchase
Bosch is back in the LAPD, where he belongs. And while that's good news it gives me a problem with this both: it's simply ridiculous to try to make us believe that any police dept will take back on board a cop that retired three years earlier. When you add in the fact that the cop is Harry Bosch, who has enemies at every level of the LAPD hierarchy, who is a maverick who never even tried to fit in...well, I'm sorry but it's just so stupid that it ruined this book. And yet I sympathise with Connelly: without LA and the LAPD Bosch just doesn't work: after all, he has always been his mission. So he had to bring him back. Aside from this the book was ordinary, with a simple story twisted into a big, rather unlikely mystery. And yes, police corruption at high levels features heavily. Yawn. Been there 10 times before with Harry and it's getting old. Readable enough but a little dull and plodding and, as I said, based on a ludicrous premise like so many of Connelly's novels.
Read more
One person found this helpful
Report abuse

Kindle Customer
4.0 out of 5 stars Bosch in good form speaking for LA's voiceless dead!
Reviewed in the United Kingdom on 7 October 2019
Verified Purchase
This is another believable story of an open/unsolved case 17 years old, grizzled veteran Harry Bosch is hired back on to the force and lands a murder case with overtones of racial elements. Connolly builds a sympathetic documentary of the damage inflicted on the family of the victim. Very enjoyable!
Read more
Report abuse

David
5.0 out of 5 stars Harry Bosch, back and on form.
Reviewed in the United Kingdom on 3 November 2014
Verified Purchase
I've read only a few Connelly novels and have become a big fan. I like the Harry Bosch character. The reader sympathises with him immediately; the detective with a heart, driven to do the right thing. Here, he's back with the LAPD, out of retirement and with the Open-Unsolved section of the Homicide Division. Bosch and his partner are investigating an old case, the murder of a lovely young girl. The family are broken, there are internal police politics and shenanigans to contend with and twists and turns along the way.

The story has nice pace, is really well told and I would be surprised if the reader doesn't finish it within 2 or 3 days as it is difficult to put down. Great book.
Read more
One person found this helpful
Report abuse
See all reviews
Back to top
Get to Know Us
Make Money with Us
Let Us Help You
And don't forget:
© 1996-2021, Amazon.com, Inc. or its affiliates