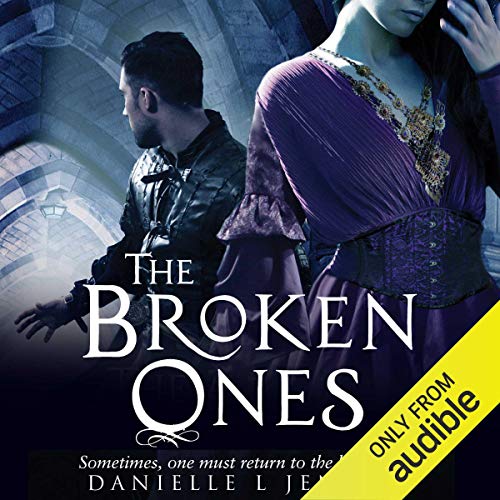 Jessica {NoobChic}
5.0 out of 5 stars All of the stars
Reviewed in the United States on 14 July 2017
Verified Purchase
I knew what I was getting in this book, it's a prequel, so we know how this was going to wrap up and still I went into it with open arms.

Marc and Penelope were all I dreamed they would be, and their love was so perfect, this catalyst for pushing the change that Marc was certain might never come despite their best efforts. It changes the core group, drives them to do things they never would have before. It's tragic and heartbreaking but so so beautiful.

You miss nothing of the main story by skipping this book but it's so needed for the world, and I'm so grateful we got this peek into Trollis before the main trilogy colored out view of their world.
Read more
One person found this helpful
Report abuse

Shae
5.0 out of 5 stars A wonderful story, but you should read the trilogy - or part of it - first to fully appreciate it
Reviewed in the United States on 4 August 2017
Verified Purchase
First things first: Even though this is a sequel in terms of chronology, The Broken Ones definitely requires previous knowledge of the series and the world. It can be read either between the second or the third book or after you’ve read the entire series, but it’s definitely recommended to read at least some of the original Malediction trilogy first, both because it’s very good and because this book truly is a companion to the series, and it really only works when you already know the world and the characters. There’s still an intriguing story with a lot of twists and turns even if you hadn’t read the series before, but it will feel as much information about the characters and the world building is lacking if you tried to read just this book as a standalone and can feel very confusing when actions or reactions aren’t explained. It makes complete sense when you’ve already spent time in this world, but don’t always work otherwise.

If you have read the series, however, you’re in for a treat. You also know – roughly – the story and how it ends, which does not hinder the need of additional tissue boxes one bit. Beyond the joy in returning to the beautifully crafted and magical world of Trollus , the book does exactly what was meant to do and gives us an opportunity to really understand one of the beloved main characters from the original series so much better. The first thing I did after I finished reading was going back and rereading the original series, because understanding the history of this character gave its part an extra depth.

Even though the book is called The Broken Ones, in many ways the main and supporting characters that we already know from the trilogy are less broken here. They are younger, they are less experienced and much more naïve, and even though I already know what their future holds and who they become later, it was easy to put that aside and go back in time with them and experience the events that shaped them to be the characters we met in Stolen Songbird.

Much like the trilogy, this book is also driven by endless intrigues, mind games, manipulations and conspiracies, and even though by this point in time we really should know better than the younger versions of our protagonists who are yet to learn some hard truths – and as I mentioned, we even know how it all ends - we still manage to be surprised.

As in the trilogy, the book alternates between two points of view, and this is perhaps its main flaw. While both characters are equally important to the story here and the alternating chapters allow us to learn information we wouldn’t have otherwise, one of those characters doesn’t actively participate in the trilogy, even if mentioned, so in comparison to the other main character and all the supporting characters it is a lot less developed, despite an obvious effort to provide as much history and backstory as possible, and it feels a little imbalanced. Having said that, I’d happily read a version of the trilogy told by the other protagonist of this book.

I tried to decide between 4 and 5 stars - I loved the book, but it's not without its flaws. The love part of the equation won at the end, but if you're ones for accuracy, the actual score is actually 4.5 stars.
Read more
3 people found this helpful
Report abuse

readlovelaugh
4.0 out of 5 stars If only we didn’t already know the end :(
Reviewed in the United States on 4 October 2018
Verified Purchase
As this is a prequel to the malediction trilogy I knew what to expect, but I still wanted the ending to change. It was interesting to see Mark and Penelope’s love blossom. Their journey to be bonded was so romantic. It’s tough knowing what Tristan and the twins had to do to keep Mark alive, but without their involvement how would Cecile begin to trust and believe in the trolls? If only the duke didn’t suck and the king wasn’t so hard on Tristan and his cousin.
Read more
Report abuse

Ellie
5.0 out of 5 stars Deep, touching, and heartbreaking
Reviewed in the United States on 27 June 2017
Verified Purchase
Marc and Pénélope's story is deep, touching, and heartbreaking. Even though the end is known from the beginning, it's hard not to yearn for a happily ever after ending for these two amazing character.
Jensen weaves a tragic love story that hits the heart, filled with the usual twists, turns, and schemes. I'm so glad the world of Trollus was expanded on along with new characters to love and old characters to hate even more.
Read more
Report abuse

Rachael Kelly
5.0 out of 5 stars So well done!
Reviewed in the United States on 23 June 2017
Verified Purchase
This prequel happily shines where most fail. The back story was rich, and managed to stay entirely true to characters at both the beginning and end of the original trilogy, with little, to no, contridictions. It Answered questions I didn't know I had and most importantly, gave me more time with a character I loved and showed me why I always instinctively knew I loved him all along.
Read more
Report abuse
See all reviews
Back to top
Get to Know Us
Make Money with Us
Let Us Help You
And don't forget:
© 1996-2021, Amazon.com, Inc. or its affiliates