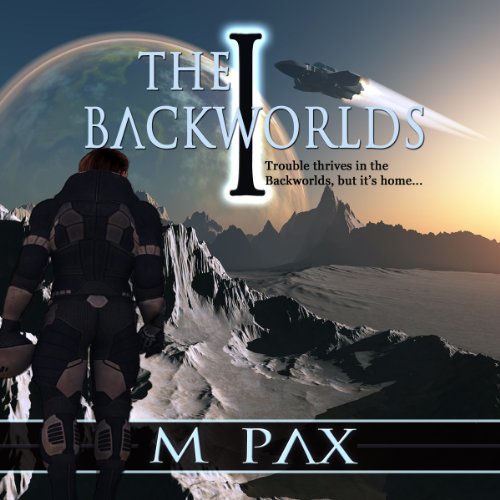 3.8 out of 5 stars
3.8 out of 5
352 global ratings
How are ratings calculated?
To calculate the overall star rating and percentage breakdown by star, we don’t use a simple average. Instead, our system considers things like how recent a review is and if the reviewer bought the item on Amazon. It also analyses reviews to verify trustworthiness.

Rabid Reader
2.0 out of 5 stars Not for me
Reviewed in Australia on 15 July 2016
Verified Purchase
Just not my cup of tea I'm afraid. I didn't like the characters much, and found myself skipping large chunks of it. Others may enjoy it but I couldn't get into it. It all seemed a bit cheesy.
Read more
Helpful
Report abuse

Jon
5.0 out of 5 stars I thoroughly enjoyed this book
Reviewed in Australia on 2 May 2015
Verified Purchase
As a long time sci-fi reader and fan it's rare to come across a truly unique and imaginative world setting, the backworlds have this in spades.

With some well fleshed out characters, and some truly hideous species, I thoroughly enjoyed this book.

The universe is currently experiencing a time of war and great unrest, much battling and struggle for power and the people are hopeless, restless. We are introduced to the protagonist Craze, whose greedy, unjust father decides to improve his own personal wealth and fortune by getting rid of his son, sending him away to heck out a living in a distant world, away from all that he knows and loves.

The adventure is ripe with suspense, riveting and grips you to the very end. Its nicely written and nicely edited and I would love the read the rest of the books in the series.

HazelM
TOP 500 REVIEWER
5.0 out of 5 stars In the future......
Reviewed in Australia on 18 December 2017
Great intro to a brilliant series full of adventure and possibilities. Loved it
I recieved a free copy from the author with the option to review or not but felt I had to in the hope more people would start reading this series :)
Read more
Helpful
Report abuse

grant scholl
4.0 out of 5 stars Four Stars
Reviewed in Australia on 21 March 2017
i like it
Read more
Helpful
Report abuse
See all reviews

VickiD
4.0 out of 5 stars Starts like a fantasy continues as a space romp.
Reviewed in the United Kingdom on 28 December 2016
Verified Purchase
I expected something along the lines of 'MythAdventures' by Robert Lynn Asprin. A backwater character is run out of a village by his father to seek fame and fortune. But despite his heavily rural paradise surroundings, the character is gengineered and 'skin' that keeps him from hibernating is a space suit. He leaves the planet, easily acquires buddies for life and makes a stab at fortune. He fails, of course. The book moves along merrily, the characters are likable if caricature. The world teeming with species is believable, unlike the plot, which has a directness of a vaudeville. For example, Craze (real main character name) guesses that a contraband shipment contains a terrible weapon concealed as something else. Lo and behold, it does. A law enforcement officer with an enigmatic past abandons his mission to save the hero. All girls have nice bulges in the right places and jump Craze with nefarious purposes. But all in all, I gave it four stars - I just bought first the three books and hope that the author will progress.
Read more
Report abuse

sjhigbee
4.0 out of 5 stars Step forward Backworlds...
Reviewed in the United Kingdom on 3 September 2013
Verified Purchase
This YA offering seemed intriguing and when I read the first page in the Sample, I was impressed with the strong, readable style and the vivid characterisation. So I downloaded it onto my Kindle. Would it continue to be as enjoyable, or be somewhat

The initial couple of chapters pack a real punch - Craze's hurt and amazement at his father's double-cross is believable and immediately had me rooting for him. Pax shows her experience in the slick handling of her protagonist - too much fury and resistance would have unduly slowed the pace, while a mere defeated shrug would have still had the reader convinced that his father was a solid bastard, but would not necessarily have engendered quite as much sympathy for the main character.
After his unpleasant ejection from his village, the story follows a familiar pattern - an inexperienced youngster having to make his way in an innately hostile and uncaring world. This time around, the worlds are hostile with knobs on. In the aftermath of an interplanetary war, no one is particularly welcoming - except for the two aviarmen he encounters on his first journey offworld... And immediately the three of them spin off into an adventure, while trying to find a foothold somewhere to make their fortunes.

The writing is pacy, direct and readable. Pax knows how to write an interesting, detailed character, provide an entertaining and believable backdrop, while keeping the action coming. I was swept along with the action and particularly enjoyed the colourful dialogue.

Any niggles? The only grumble I've got is that the book wasn't long enough. Having said that, it was being offered for free, and the sequel is under £2.00 - am I going to buy it? Of course - I want another slice of Craze's adventures.
Read more
Report abuse

Jarrak
5.0 out of 5 stars The Backworlds, opportunity awaits.
Reviewed in the United Kingdom on 13 May 2012
Verified Purchase
The Backworlds is the first book by M.Pax in a new series telling the tales of Craze and his sometimes legal adventures throughout the Backworlds which are planets which survive in one of two very separate domains in their part of the galaxy. High technology and pastoral/agricultural societies merge and clash with starships spanning the gaps between worlds bringing trade and sometimes darker elements into play. After being kicked off his homeworld by his father Craze with few resources meets up with a couple of Aviars who are looking for opportunities and before you know it the three of them are deep in a conspiracy to con and smuggle chocolate a rare delicacy that commands astronomical prices but things go seriously wrong. Soon our would be heroes are racing across the Backworlds visiting ever more depressing and dangerous worlds and none of them are really prepared to face the consequences of a misplaced step.
The Backworlds took a while to get going, I had trouble with the first few chapters in terms of placing Craze and Bast in a world I could understand but once Craze got off world well everything fell into place and I was onboard and enjoying the eagerness and passion Craze and his new friends expressed while trying to make money.
I'm looking forward to "Stopover at the Backworlds' Edge" the next instalment due in July, should be a lot of fun.
Read more
Report abuse

Babel-Fish
3.0 out of 5 stars GIVE 'PAX' A CHANCE!
Reviewed in the United Kingdom on 23 July 2012
Verified Purchase
Downloaded this for free as it seemed my cup of tea.

I am an avid reader of classic 30's pulp science fiction and this had the same feel, for me anyway.

Enjoyed the story of Craze, exiled from his homeworld by the greed of his own father. Forced to travel to Elstwhere aboard a transport ship, he meets and befriends two Aviarmen and they soon get mixed up in some serious trouble that involves chocolate, frizzers and the mysterious Forworlders. Along the way they acquire a ship and a crew, of sorts. There is also a taster of the next book in this series, the first three chapters to be exact.

There were a few typos, but that's the norm, other than that not too bad a story, not much is mentioned about the reasons for the past war or why it started, was it pure humans against the bio-engineered ,altered to settle onto new worlds and then shunned and detested because they were no longer true humans, maybe that will be explained further into the series.

Will I carry on reading it?, perhaps.
Read more
Report abuse
See all reviews
Back to top
Get to Know Us
Make Money with Us
Let Us Help You
And don't forget:
© 1996-2021, Amazon.com, Inc. or its affiliates