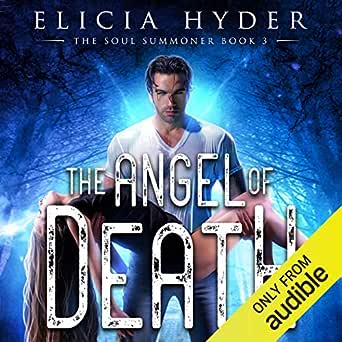 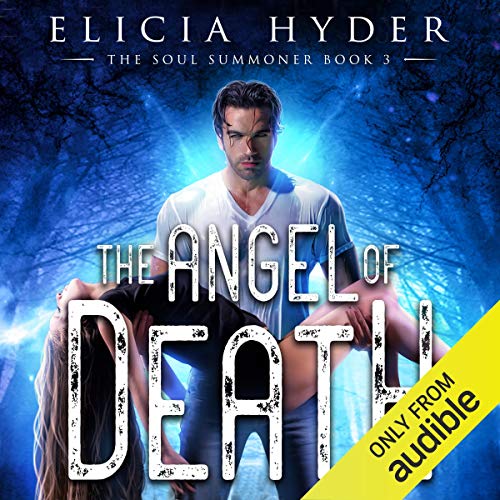 The Angel of Death

4.7 out of 5 stars
4.7 out of 5
485 global ratings
How are ratings calculated?
To calculate the overall star rating and percentage breakdown by star, we don’t use a simple average. Instead, our system considers things like how recent a review is and if the reviewer bought the item on Amazon. It also analyses reviews to verify trustworthiness.

That’s Right B*itch
5.0 out of 5 stars Elicia Does it again.
Reviewed in Australia on 7 March 2017
Verified Purchase
The story continues right where you left off from book 2 in the soul summoner series. It keeps you enthralled and ready for more. This book is a must read for all things paranormal. Elicia Hyder has been added to my top 10 urban fantasy/Paranormal authors. Give it a read I promise you will not be disappointed.
Read more
Helpful
Report abuse

JD
5.0 out of 5 stars WOW!!
Reviewed in Australia on 11 November 2016
Verified Purchase
I would definitely recommend this to anyone! Its funny, paced well and all around awesome!!
I like that the characters have depth and seem like the people we meet everyday in our lives. If I had any complaint? The books in the series are to short!!
Read more
One person found this helpful
Helpful
Report abuse

Erani Kole
5.0 out of 5 stars My favorite yet
Reviewed in Australia on 31 July 2016
*gifted a copy by the author in exchange for an honest review*

THIS WAS AMAZING!!!! Like what just happened? I'm being hit by all these things. T_T

Warren or Nathan. Nathan or Warren. I absolutely despise love triangles but this series was the exception. However, it's book three now and I'm expecting her to choose (and I'm rooting for Warren). It was so hard to decide because they both seemed so nice and like- couldn't we just all get along? *thinks* Probably not. So this is the make or break installment, the magical number to decide for her who she will CHOOSE to be with.

On top of all the romantic drama, demons from her past (book 2) are coming back to bite her on the petunia (or is that for the other side?) and she's slowly realizing just how much trouble she's in. This was just riveting, because she has so many complications that doesn't click with normal life. How will she maintain her facade of normalcy? And then to top it all off, the ending completely BLOWS me away with its shocking- I can't say it. But God, was it good.

This book is engaging, hilarious, adorable, heartbreaking, (may make you wish you were in there to choke a certain person) and so great in its writing style and theme of sweetness. Even amongst all the animosity and evil, this book still manages to keep its light-hearted tone. Is it the theme of the book though or just Sloan? Can't tell. I was too busy wishing the fourth book was out already. -_- Definite recommend-you-need-to-read read.
Read more
One person found this helpful
Helpful
Report abuse

Robin Hansen
TOP 500 REVIEWER
5.0 out of 5 stars Angels beware
Reviewed in Australia on 5 January 2019
Incredible. Where are the movie rights. I have not been for. 10 years, but I would definitely goes to see this series, even in parts, it is just that good. A series that should be read by everybody, it is phenomenal. Warren, you are a cosmic wonder. Nathan, you are the best friend ever, and Sloane, you rip the world apart. Can’t wait for the next book
Read more
Helpful
Report abuse

Leisel T
5.0 out of 5 stars Great series to read
Reviewed in Australia on 26 April 2017
One of the best series I have read in a long time. Great characters and expecially love the romance friction between certain characters. Great theme of loyalty amongst friends, to the point where some are prepared to put their own life on the chopping block.
Read more
Helpful
Report abuse

Julia S
5.0 out of 5 stars Loved it!
Reviewed in the United Kingdom on 3 January 2017
Verified Purchase
4.5 stars
This series is getting better and better, more action, tension, heartache, humour and finally a conclusion to the love triangle (I really hope the one who missed out gets his own hea in the future, he's gorgeous, loyal, has a heart and soul of gold and certainly deserves it)
The drama certainly ramps up in this book with both the FBI and a host of demons after Sloan and the baby she is carrying. With Warren deployed away with the marines and Nathan tasked with the job of keeping her safe, a dark powerful stranger is following her, but is he on her side or not?
This was my favourite book in the series so far, maybe because there was so much more Angel action and maybe because so many things were explained/tied up. Sloan did annoy me sometimes with some of her actions and decisions (or lack of one in particular) but there was a lot of humour interlaced throughout. I loved Warren, Nathan, Azrael and Adrianne (“Can I flirt with him instead?”), it's well written and I'm looking forward to book 4 when it comes.
Read more
One person found this helpful
Report abuse

Vivien Smith
5.0 out of 5 stars Just Keeps Getting Better!
Reviewed in the United Kingdom on 25 October 2016
Verified Purchase
I’m so loving this series it just keeps getting better and this is a brilliant continuation. I don’t normally like love triangles but the two men in this one are worlds apart and of course both hot! I believe Sloan is going to find it very difficult to decide which one she wants, not an easy task. As much as I love Warren I’m rooting for Nathan he’s my favourite.

There is a lot of excitement and action in this book which kept me on the edge of my seat and I know you will feel the same. I’m now anxiously waiting for book 4, so while I wait I’m going to read ‘The Detective: A Nathan McNamara Story’. I have my fingers crossed that he might get a series of his own!

NeNa
5.0 out of 5 stars My favourite of the series so far!
Reviewed in the United Kingdom on 2 August 2016
Verified Purchase
Wow...what can I say? An absolutely brilliant addition to the series! I think this is my favourite so far! I don't want to give the story away by telling you the bits I loved and didn't because then what's the point in you reading it? Let me just say that it's time Sloane chose who she wants to be with! Now I love Nathan and my heart breaks for him but I'm rooting for Warren...so who DOES she choose? Well you'll have to read the book won't you! Ok, I don't usually pay more than a couple of quid for an e book...these books aren't a couple of quid...so to me this is a testament to how good this series is as I have bought all of them so far and I can't wait for the next!
Read more
Report abuse

Bookaholic
5.0 out of 5 stars Great new series
Reviewed in the United Kingdom on 13 August 2017
Verified Purchase
Highly recommend this series have just discovered this author will be reading all her other books. I love the characters even the love triangle is unusual because both men are equally lovable. I enjoyed the humour throughout the book even in dire situations I laughed till I cried. The books are well written and edited.
Read more
Report abuse

Kindle Customer
5.0 out of 5 stars An excellent continuation....
Reviewed in the United Kingdom on 7 September 2016
Verified Purchase
I only found this series a couple of month ago, and I devoured the first two books..... I went on to read the novella (which I enjoyed).
I've waited about 6 weeks for this book and its such a good read.
Its a brilliant continuation of the evolving story with some brilliant additional people added to the mix.
I need the next book.....
Read more
Report abuse
See all reviews
Back to top
Get to Know Us
Make Money with Us
Let Us Help You
And don't forget:
© 1996-2021, Amazon.com, Inc. or its affiliates