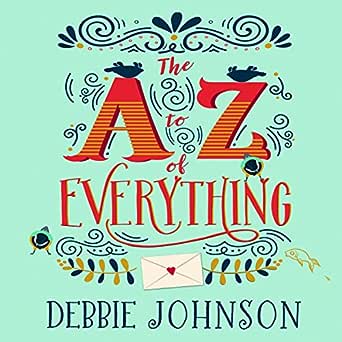 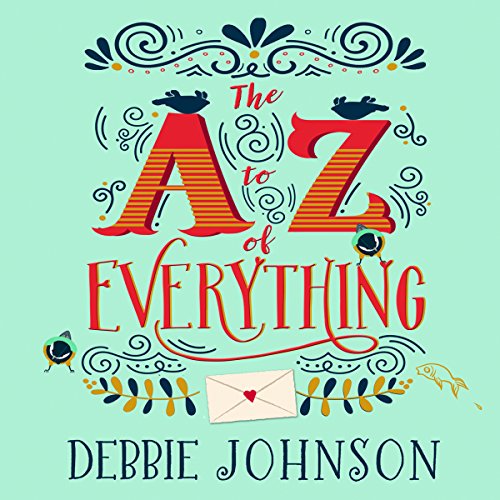 The A - Z of Everything

4.6 out of 5 stars
4.6 out of 5
246 global ratings
How are ratings calculated?
To calculate the overall star rating and percentage breakdown by star, we don’t use a simple average. Instead, our system considers things like how recent a review is and if the reviewer bought the item on Amazon. It also analyses reviews to verify trustworthiness.

Suze Lavender
TOP 100 REVIEWER
5.0 out of 5 stars Beautiful story
Reviewed in Australia on 31 March 2018
Andrea has two daughters, Rose and Poppy. They used to be best friends, but something awful happened and this heartbreaking event caused an irreparable rift between them. They haven't seen each other in years and don't even want to be in the same room for one minute. It breaks Andrea's heart that her daughters can't make amends. Andrea is an actress and now that she knows she's dying she uses her abilities for one last performance, she's going to bring her daughters back together. She leaves them the A-Z of Everything. Will Andrea be able to make her daughters see sense?

Rose and Poppy love their mother very much, but their fight has made it impossible for Andrea to spend time with her entire family. They used to have so much fun together and Andrea's last wish is for her daughters to have their closeness back, to be sisters again. With a little help she's trying to achieve something that seems almost impossible before she dies, so her daughters have a chance at happiness afterwards. She leaves them behind with a lot to think and talk about. Will Rose and Poppy make her last wish come true?

The A-Z of Everything is a beautiful emotional story. Andrea is a wonderful mother. She has a warm and loving personality and she is willing to do anything for her daughters. This special woman makes the story sparkle. Even while she's dying she's still vibrant and alluring, she shines until the very last moment, which is something I greatly admired about her. I loved how strong and gorgeous her character is. The same can't be said for her daughters, they let grief and jealousy ruin their lives. Rose is a kindhearted mother, but she's let herself go. She doesn't dream, she doesn't have any plans for the future and she doesn't care about her appearance. I felt sad because of everything she denies herself. Poppy leads an empty life filled with pretense. She's erased her personality and she might look sleek and put together, but she feels empty inside. Debbie Johnson describes their pain and their choices in a fantastic poignant and understanding way. Rose and Poppy are both amazing people, they've just lost sight of what's important. Because of Andrea's A-Z of Everything they are being put on the right track again, which is a fantastic topic for a story.

Debbie Johnson's heartwarming writing style made me love The A-Z of Everything from the start. I'm a big fan of stories about sisters and this is such a great one, she perfectly captures what makes family so important. Andrea and her daughters are hurt and damaged and it's time to heal, which is being done in an impressive and compelling way. I couldn't turn the pages quickly enough to find out if Andrea's plan would actually work and if Rose and Poppy would be able to forgive. Debbie Johnson writes about life, death and living with honesty and empathy. I had tears in my eyes, hope in my heart and a smile on my face while reading this book. The A-Z of Everything is a terrific moving story.
Read more
Helpful
Report abuse
See all reviews

All through the book I kept wondering how I would react in the situations the girls were in, and it brought home to me how precious some relationships are, although we may not realise it till much later.

I'm only sorry I've come to the end now, and have to wait a while before we get another book. Thank you, Ms Johnson, for another superb story.
Read more
7 people found this helpful
Report abuse

Hazelbank homebody
5.0 out of 5 stars A perfect indulgence
Reviewed in the United Kingdom on 1 May 2017
Verified Purchase
Set aside a Sunday morning to read this because you won't want to put it down.
Lovely, well-rounded characters dealing with sadness and grief in such an acutely observed way.
I loved every word of it, crying at T, laughing at the look of disgust at X... I'm only sorry it's over.
Fans of Veronica Henry, Millie Johnson, Erica James and Lucies Dillon and Diamond will love this.
Read more
11 people found this helpful
Report abuse

RainbowLady72
5.0 out of 5 stars A real rollercoaster of a book!
Reviewed in the United Kingdom on 3 January 2021
Verified Purchase
I have loved reading this book from start to finish..I stopped and started because I didn't want it to end. Reading this was a bit like watching the film Titanic...you kind of knew how it would end but still wanted a happy ending...what I mean is for the lovely lady who created the A-Z of Everything to still be there and know how things turned out.. obviously, that wasn't going to happen, though. There were several serious and sensitive issues raised in the book and Debbie handled it all beautifully. You just know that some of that book is based on a reality, that there is a little bit of the author in those characters..I, too, identified with Rose in many ways.. even if I did truly dislike her at times! However, we all know how difficult it can be to deal with certain emotions. Thank you to everyone who helped with the inspiration for this story, and thank you to Debbie Johnson for bringing it to life in my head. It has provoked many thoughts about what happens at the end and the opportunity for second chances. X
Read more
Report abuse

Jennifer Thompson
5.0 out of 5 stars Thought provoking
Reviewed in the United Kingdom on 9 May 2017
Verified Purchase
It made me think. I don't have the best relationship with my mum but how would I feel if she died and I hadn't spoken to her for six months. A very poignant story with humour but the underlying theme is forgiveness. I would reread it. And i spoke to my mum
Read more
6 people found this helpful
Report abuse

Kindle Addict
5.0 out of 5 stars Such an enjoyable read but tissues are needed
Reviewed in the United Kingdom on 12 July 2018
Verified Purchase
Another great book from Debbie, I love all of her books. She has a way of writing that I can imagine the setting, the characters, what she's trying to put across but this was one was a little more hard hitting. It's hard when you lose someone but to give them that little bit longer to come to terms with it I think is a lovely thing to do, although not everyone gets the chance or that would want to do it either. I lost my mum a couple of years ago so this was a really tough read but really enjoyable and I would definitely recommend it.
Read more
One person found this helpful
Report abuse
See all reviews
Back to top
Get to Know Us
Make Money with Us
Let Us Help You
And don't forget:
© 1996-2021, Amazon.com, Inc. or its affiliates