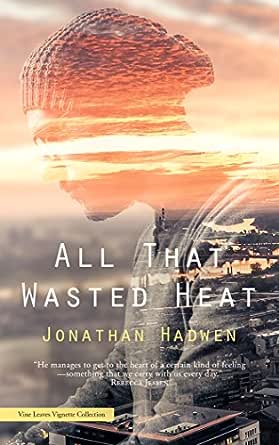 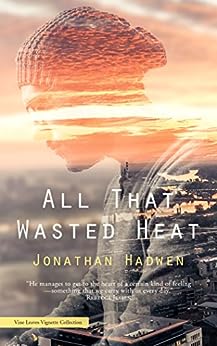 All That Wasted Heat Kindle Edition

“Full of weather, and the creatures and people we do not intimately know but live in close proximity to, All That Wasted Heat bears witness to the ways we try to save ourselves, and reflects on the inevitability of death, loss and change, but also the inevitability of interconnection. There is generous space for the reader to insert their own memories and associations between these sensitively-crafted vignettes, and to feel the relief that ‘I’ is not the centre of the world. An affecting and accomplished book to read and reread.” Tamara Lazaroff

“To read these small vignettes is to gradually uncover a larger story: the chronicle of a nameless city full of ordinary, remarkable lives. Finding a kind of intimacy in anonymity, these stories, like their narrator, are big and warm and always watching.” Michelle Dicinoski

“Startlingly human, All That Wasted Heat wears its heart on the sub/urban streets. Hadwen has a keen eye for quotidian despair and that restless yearning that comes as a result of watching the world move around you. He manages to get to the heart of a certain kind of feeling—something that we carry with us every day.” Rebecca Jessen

Jonathan Hadwen is a Brisbane writer. His work has appeared in the 'Australian Poetry Journal', 'Westerly', 'Writing to the Edge', and 'Mascara', as well as other publications in Australia and overseas. In 2013 he was named runner-up in the Thomas Shapcott Poetry Prize for an unpublished manuscript, and was commended again in 2014 and 2015. He has been a volunteer at the Queensland Poetry Festival from 2010-2015, and was the co-editor of the online poetry journal 'foam:e' from 2013-2015. Visit Jonathan online: jonathanhadwen.wordpress.com --This text refers to the paperback edition.