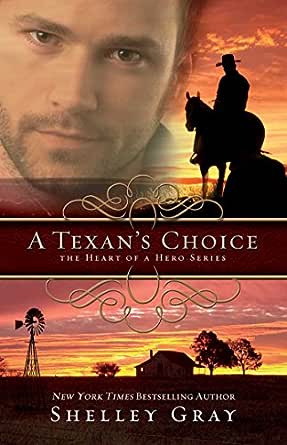 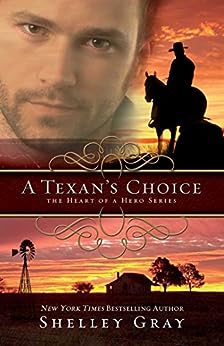 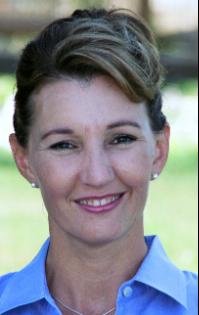 Shelley Gray's first Amish novel, Hidden, was nominated for the Inspirational Readers Choice award. Her book Simple Gifts won the Reviewers Choice Award. Shelley's novel, The Protector, recently made the New York Times bestseller list. A native of Texas, she earned her bachelor's and master's degrees in Colorado, and taught school for ten years. She lives in southern Ohio where she writes full time. --This text refers to an alternate kindle_edition edition.

Deanne77
4.0 out of 5 stars Grand Finale!
Reviewed in Australia on 13 November 2013
A Texan's Choice is the final book of Shelley Gray's The Heart of a Hero trilogy. From the first page, I was hooked with the introduction of Rosemarie Cousins, a young girl left carrying a load of guilt after the death of her brother and her subsequent rejection by her family. Enter Scout Proffitt, a young gunslinger, who is looking to turn his life around. Having read the first two books, I was looking forward to reading the finale as the momentum was definitely building! The final book provides an excellent summation of the storyline of the Proffitt family - although not as action-filled as the second book it still delivers a very entertaining read. Each book covers some unpleasant concepts, not easy reading, but does it carefully. The second book remains my favourite and is central to understanding the characters, how they see themselves and how others see them. Shelley has written a fascinating personality in Scout and the three books particularly deliver on his development from a young boy, to cold-hearted gun-for-hire through to a man seeking redemption and a fresh start.

Though each book could be read and enjoyed on its own merits, to garner the whole picture of each character, reading the trilogy is a must and worth it!

I highly recommend this series, particularly for older teens on due to adult aspects in the content.

Bretton Girl
3.0 out of 5 stars 3.5 stars, if more focus was on main romance I would award 4 but the sub plot relating to the fickle & silly Miles is annoying
Reviewed in the United Kingdom on 13 August 2014
Verified Purchase
Third book in a trilogy. Recommend you read other books first.
This is a great redemption tale with a sweet main romance and some satisfying, if brief, action elements. The h&H Scout and Rose are largely well drawn and appealing.
Scout is a recently reformed outlaw, his back story and that of Russell, one of Scouts ex bandit confederates are touching and also well written, but the plot revolving around another character, the fickle, prissy and oft times indecisive Miles Grant annoyed me so much I skipped the pages about him when I read this book a second time. There should have been more focus on Scout and Rosemary's developing relationship, Scout's reformation and on Scout reuniting with his brother Clayton.
Miles involves too much of the book and frankly he's boring and often irritating. If his story had not been included then I am certain the author could have concentrated more of the narrative on the character's that were supposed to be the main characters, I rather suspect the author had intended to give Miles his own book, but having created such a boring character felt obliged to stick his story on to that of Scout and Rosemary, realising he didn't make the grade as the main hero of a book.
He's just a tad weird, he kisses one girl and then rejects her for someone he doesn't know at all, out of the blue in the last few pages of the book! His decision is is a rushed bit of love at first sight nonsense, that is totally unbelievable.
The man was clearly relationship shy, but has good reasons to be unsure about other possible spouses then falls for a stranger he knows nothing about!

Elisabeth
4.0 out of 5 stars Pretty Decent
Reviewed in the United States on 10 August 2016
Verified Purchase
Scout is a fascinating character, but not nearly enough was done with him. Again, I appreciate the author's ability to make the world far more gritty than can be found in most Christian novels, without sacrificing that feeling of Hope that I, as a Christian reader, am looking for. That said, once again there was a great deal of build-up without much in the way of pay-off as far as the action side of the plot went. The whole big showdown just kinda fizzled out making everyone look like they were getting worked up over nothing. Additionally, while I appreciate that Scout's trying to take an active role in his redemption, he comes across as far too nice and peace-loving in the beginning of the book for this to have the intended weight, unless the author was to put a cruel twist at the end.

Additionally, the author had some particularly annoying inconsistencies in this book. Rio changed from a black to a white horse, from a stallion, to a gelding, to a mare. Scout's gun clicked twice before he cocked the hammer, and then he holstered it twice in a row without unholstering it. Proofreading.

Complaints aside, I'm pretty sure I read this in a sitting and a half, so it's definitely not a bad read.
Read more
2 people found this helpful
Report abuse

lighthouse88
5.0 out of 5 stars A Texan's Choice
Reviewed in the United States on 7 June 2014
Verified Purchase
What a palatable tension builds in the last book of this series, it was terrific! All three novels are stories of hope and redemption when all seems lost, broken and the characters despair of life in dire situations. The tale starts with the first novel in the series A Texan’s Promise continues with A Texan’s Honor before winding up parts of the story in the final book reviewed today. One of the many things I enjoy about stories and authors is the many differences in writing style, plot, characters and themes. Shelly Gray wraps up the novel series by tying up some loose ends in the books while leaving some unfinished, left to the readers imaginations.
I was captivated by the books, characters and the way the writer shows how faith can play such a huge role in life. Usually fictional plots, characters and more is taken both from the imagination of the author along with experiencing and watching human beings. Readers will be able to relate to the characters as they think on their pasts along with choices that they made and the probable consequences thereof both short and long term.
Shelley Gray does a wonderful job of showing us through her novel series that while we tend to assume others think one way about us, it is not usually how they really do. A couple of her characters were afraid of moving forward in contacting people because of letting their assumptions dictate their choices. Yet, in a real climactic moment the walls of hearts come down in the characters and as a result they see how so much alike they are really alike when all is said and done. A bunch of the men longed for new beginnings but feeling unworthy of such a leap from how they currently were living lawless lives to normal ones seemed impossible. Therein is the picture of what faith is, being convinced of what is hoped for along with knowing that without the Lord truly new beginnings aren’t possible.
I hope during this summer you take some time to read and appreciate the various adventures and fictional people introduced in all three books. The author did a splendid job and I am glad to have found these books and stories!
Read more
Report abuse

Zette T
3.0 out of 5 stars A Texan's Choice
Reviewed in the United States on 30 August 2013
Verified Purchase
I would give this book 3.5 stars if I could because I liked it better than the first book but not as much as the second one in the series. I enjoyed seeing how Scout's life continued after book 2 and how the storyline was all tied together from the first book. However, I felt like there were too many "main" characters in this one to thoroughly tell any of their stories and finish them up by the end of the book. Unless there is another book coming in this series, it left too many loose ends. Since Russell was one of the main characters, it would have been nice to see if his trip home had a happy ending. Also, Miles was also a main character and his story ended so abruptly that it was unbelievable. There was a reference from Scout to Rosemarie at the end about how he had carried her over the threshold the day they were married but the author failed to put that scene in the book. I had to go back and read the part about their wedding to be sure but I couldn't find it anywhere. Also, the story about the rustlers came to a disappointing climax. After the buildup about the other ranchers being murdered, Miles being beaten almost to death by them and the need to bring in professionals to take care of them, there was no action or a suspenseful moment at all. It probably doesn't sound like it from this review, but I did enjoy the series overall and will read future books from Shelley Gray in the future.
Read more
One person found this helpful
Report abuse
See all reviews
Get FREE delivery with Amazon Prime
Prime members enjoy FREE Delivery and exclusive access to movies, TV shows, music, Kindle e-books, Twitch Prime, and more.
> Get Started
Back to top
Get to Know Us
Make Money with Us
Let Us Help You
And don't forget:
© 1996-2020, Amazon.com, Inc. or its affiliates