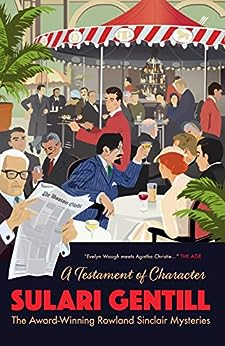 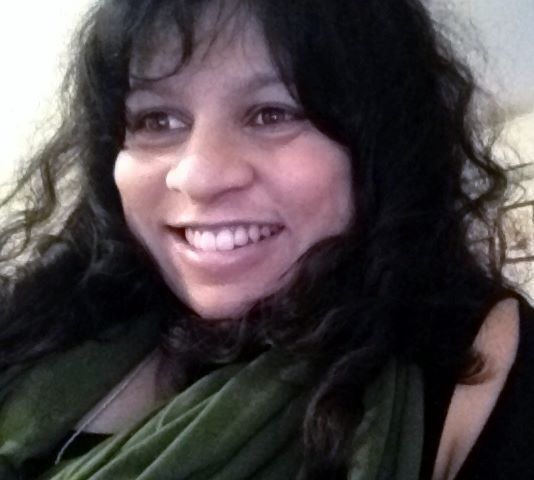 The next instalment in the award winning Rowland Sinclair series from Ned Kelly Winner Sulari Gentill --This text refers to an alternate kindle_edition edition.

Award-wining author Sulari Gentill set out to study astrophysics, graduated in law, and then abandoned her legal career to write books instead of contracts. Born in Sri Lanka, Sulari learned to speak English in Zambia, grew up in Brisbane and now lives in the foothills of the Snowy Mountains of NSW where, with her historian husband, she grows French black truffles, cares for a variety of animals and raises two wild colonial boys. Sulari also paints, but only well enough to know she should write, preferably in her pyjamas. --This text refers to an alternate kindle_edition edition.

S. Henley
5.0 out of 5 stars 1930's whodunit as a fascinating lesson in the mores and politics of the time.
Reviewed in Australia on 28 July 2020
Verified Purchase
I have consumed all ten of the Rowland Sinclair novels (so far) in rapid sequence over the past week and a half. And it has been an excellent investment of my quarantined time.
The period setting, the characters, the plotlines, the history, the amazingly detailed research, and the very slightly smudged messiness of the lives described in the stories have been a delight.
The clock now ticks waiting for the eleventh RD book.

Rebecca Davies
4.0 out of 5 stars Entertaining
Reviewed in Australia on 12 April 2020
Verified Purchase
Another in the Roland Sinclair series. This time set in the USA, with a cast of characters including Scott and Zelda Fitzgerald, assorted gangsters, movie stars and other celebrities. Always enjoyable reading.
Read more
Helpful
Report abuse

Lesley Walker
5.0 out of 5 stars Never disappointed
Reviewed in Australia on 20 November 2020
Verified Purchase
Sulari Gentil continues to pen captivating stories about a favourite group of characters, all the while creating a wistful nostalgia for bygone times of art and elegance
Read more
Helpful
Report abuse

PattyMacDotComma
TOP 500 REVIEWER
5.0 out of 5 stars Money and murder, love and loyalty, history and mystery - perfect combinations
Reviewed in Australia on 28 September 2021
5★
“‘What are you working on?’

He smiled. ‘This is Joe Lombardo. He lends himself to oils, I think.’

‘Maybe. But you wouldn’t want to disappoint him.’”

If you did, you could probably kiss your tomorrows goodbye! This is the mid 1930s, ‘between the wars’.

Rowland Sinclair, acclaimed Australian portrait painter, is sketching one of the men he saw in Boston’s Cocoanut Grove club. Edna Higgins, his usual model (and ‘secret’ love of his life), is peering over his shoulder as he draws. He is one of those people I admire who can capture a likeness with a few lines. Magic! It proves handy when he wants to describe someone to the police.

Rowland, Edna, and the other two of this Aussie foursome, Clyde Watson-Jones and Milton Isaacs, are in Boston because Rowland has been named the executor of an old friend’s will. Only he is allowed to carry out the instructions. Matters are complicated by the fact that the relatives have been cut off and the beneficiary seems to have been dead and buried for the last couple of years.

Danny was a close friend of Rowland’s at Oxford. He came from a wealthy Boston family and also became a successful, if eccentric, painter. Along with being summoned to Boston to read the will, Rowland is informed that Danny was murdered. So rather than head home to Australia from Shanghai, where they have just finished their business, they repack to head to the US to set things right for Danny.

This is the 1930s, when the world was witnessing the rise of Fascism in Europe, a movement that was gaining some traction in the US as well. Rowland and the others barely escaped some dangerous times in Europe before going to Shanghai, and they are highly sensitive to the worrying gossip of some Americans and the fanning of the flames of discontent by various radio announcers. [Some things never change?]

“’It’s like everybody’s lost their minds,’ Edna said, using Rowland as a shield against the cutting wind.

Milton shook his head. ‘Fascism offers easy answers. It tells people that they are not to blame and that the situation can be fixed if only the Jews or the Negroes or the Chinese or the Communists would stop being who they are.
. . .
It takes energy to resist easy answers, and people are tired. Struggling makes people tired. Perhaps we see things the way we do because, thanks to Rowly, we don’t have to struggle.’”

No, they don’t struggle for money because Rowly is rich, the kind of rich that doesn’t need to ask the price because they can afford it. They all live together in the family mansion in Sydney – when they are home – and they travel together, stumbling across people in distress and evil-doers and very famous people!

As with all the previous stories in the series, the politics and history of the times forms the backdrop. Each chapter is introduced with a cutting from a newspaper of the period. Gentill mixes her characters with real people on real occasions so believably that you wonder if she’s pinched someone’s diaries. She puts you in the time and place with Orson Welles, Errol Flynn, Joe Kennedy, and F. Scott Fitzgerald, among others.

At a party thrown by Marion Davies, Joe, father of JFK, is a movie studio owner at the time (among other things). He is absolutely smitten with the gorgeous Edna, who has no time for a man who seems to approve of Hitler. He seems a nasty piece of work. Young John is, well, young. A girl at the party tells Milton that all the boys are boring.

“’What about him?’ Milton asked, pointing to a boy who stood awkwardly by the window with his gaze fixed rather ambitiously on Edna. ‘Thick hair, good teeth, a little skinny, but he’ll probably fill out.’

Well, we know how the Kennedys fared later. Meanwhile, back to the Aussies. They talk to the police, set out to find Danny’s murderer themselves, dodge Danny's furious brothers and his tearful sister who seems to have set her sights on Rowly, much to his consternation and everyone else’s amusement.

There are gangsters of various ethnicities after them, and Rowly comes off second best in a few brutal dustups. But whenever they are threatened, it’s never himself he’s worried about, it’s Edna.

“Rowland looked blankly at him, terrified now and becoming more so with every moment. Smythe’s words: ‘… so many more ways you can hurt a woman…’”

This is quite an adventure as they work their way up and down the east coast of America, not knowing exactly who their friends or enemies are and not knowing who the man is they’re looking for. Their own bonds are as strong as ever, especially between Rowly and Edna, but I will say no more!

This is being published in the US as "Where There's A Will in January 2022. I recommend starting with the first in the series, because they are much more fun that way.

I also listened to a bit of the audio, and I think Rupert Degas does a great job with the various voices and accents.
Read more
Helpful
Report abuse
See all reviews

Mrs. Diana G. Money
2.0 out of 5 stars Horrible end
Reviewed in the United Kingdom on 4 March 2020
Verified Purchase
This was a cruel episode. Poor Rowland.Only one night with Edna then she marries someone else. How horrible for him. His heart must be in tatters. Enough of this stiff upper lip business. He should have told her it would break his heart. Now he must find someone else to marry. Serves Edna right if she finds out too late what she has missed.
Read more
One person found this helpful
Report abuse

phrynne
5.0 out of 5 stars The tenth book in this delightful series and also one of the best so far
Reviewed in the United States on 8 April 2020
Verified Purchase
Rowland Sinclair is always getting into trouble and here he gets into some of the worst, and in Boston of all places. There are gangs after him and gangs after each other. There is a very unpleasant woman who thinks he has jilted her even though we know it is just his innate politeness that causes the problem. There is a family after his blood as he tries to deal fairly with the execution of a Will. He even manages to dip into the awfulness which was the law and public opinion about homosexuality at that time.

Luckily Rowley always has Edna, Milton and Clyde at his back and together they manage to escape all the perilous events. There is also a chapter we have all been waiting for. No spoilers though. You will just have to read it yourself!

We end up back in Australia but I do not suppose the perils of Rowland are over yet. At least I hope not. I hope Sulari Gentill has lots more still to tell.

And 5 stars for that cover! It's a beauty.
Read more
One person found this helpful
Report abuse

Bookmanic
5.0 out of 5 stars Yet another winner
Reviewed in the United States on 4 March 2020
Verified Purchase
I read all of the series again to get ready for this episode in the life and times of Rowly Sinclair and his adopted family. The people he meets, the places he turns up and his remarkable ability to tie things up nether and end re both fascinating and remarkably clever. Such beautiful writing must be rewarded. Buy the book. It’s worth every penny.
Read more
One person found this helpful
Report abuse
See all reviews
Back to top
Get to Know Us
Make Money with Us
Let Us Help You
And don't forget:
© 1996-2021, Amazon.com, Inc. or its affiliates