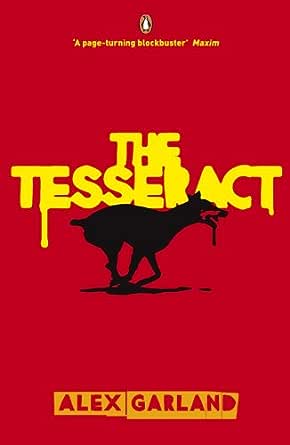 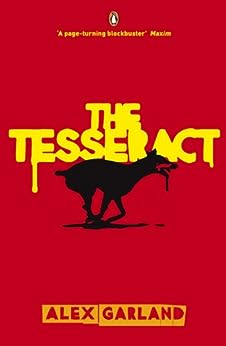 THE TESSERACT has the traits of a thriller, but it's also a love story, a character study, a portrait of life among Manila's street kids, even an experiment in narration...a feverish, affecting, altogether captivating story....What really makes THE TESSERACT so gripping is the author's dazzling performance as a storyteller--not the bloody climaxes per se but the innovative techniques and deft changes of pace with which they are related. This is one of those rare novels that can be read for thrills but also taken apart and examined the way a jeweler does a fine watch. Garland also lavishes his characters with quirks that ring true, outbursts of human oddity that transform a moment that most authors would rush past into something memorable...all but flawless, a tour de force of brilliant narration and psychological acuity. --The Washington Post

THE TESSERACT feels.... like a Quentin Tarantino or John Woo movie, seasoned with some Graham Greene. It is as thoroughly assured a performance as T and just as violently entertaining. Taut, nervous and often bloody, THE TESSERACT is a more experimental work than The Beach elliptical and Rashomon-like in structure, where The Beach was linear, cinematic in its effects, where The Beach was more conventionally literary. . . . Mr. Garland not only does a completely convincing job of sketching in these characters' lives in a series of quick, deftly drawn strokes, but he also fluently cuts back and forth between their stories, building suspense the way a film editor does, even as he is tying his disparate heroes' tales together with dozens of overlapping motifs. . . . As he demonstrated in The Beach, Mr. Garland is a natural at orchestrating violent set pieces with deadpan panache, but he also proves in this novel that he can create odd, oddly sympathetic people with unexpected inner lives. . . . the novel's suspense [has] a human cost and caculation...Garland is...persuasive a storyteller...gifted a writer...He has written a powerful if flawed novel, a novel that...reconfirms his prodigious and diverse talents." --Michiko Kakutani, The New York Times Book Review

"[C]omplex and intriguing...subtle fiction [that] has nothing to do with the higher math and a lot to do with good old-fashioned storytelling about big, old-fashioned themes--the mysteries of love and violence and death, the strange workings of fate. . . . THE TESSERACT marks a significant departure from, and growth since, The Beach...Like a tesseract, it is composed of three dimensions that, in the end, inevitably imply a larger and more significant fourth. . . The book is so cunningly constructed that you can't discuss any of these three narratives in too much detail without giving away the connections. Suffice it to say that each story is delicately observed and ingeniously linked to the others. . . . I'm fairly sure that this book, like its author, is the thing itself." --Daniel Mendelsohn, New York Observer

Alex Garland is the author of the bestselling generational classic The Beach and of The Tesseract, a national bestseller and New York Times Notable Book. He also wrote the original screenplay of the critically acclaimed film 28 Days Later. --This text refers to the paperback edition.

3.9 out of 5 stars
3.9 out of 5
62 global ratings
How are ratings calculated?
To calculate the overall star rating and percentage breakdown by star, we don’t use a simple average. Instead, our system considers things like how recent a review is and if the reviewer bought the item on Amazon. It also analyses reviews to verify trustworthiness.

Amazon Customer
5.0 out of 5 stars Great well crafted story
Reviewed in the United Kingdom on 15 January 2016
Verified Purchase
Read this for the first time in printed form many years ago - will be reading this version at some point as from memory, one of the most cleverly crafted stories ever.
Read more
Report abuse

Laura Williams
4.0 out of 5 stars Weird but great
Reviewed in the United Kingdom on 30 April 2014
Verified Purchase
So I read this book as I really enjoyed the beach by Alex Garland. As expected, the book was unconventional, with an arrangement of strange characters not usually written about. The book follows 3 stories and the way they all come together is very clever. Although lots of things are left unexplained, just like in his other book, I found it very addictive and compelling!!
Read more
Report abuse

kindleaddict
3.0 out of 5 stars its not the beach!
Reviewed in the United Kingdom on 28 April 2013
Verified Purchase
While i enjoyed it it didnt really feel like a finished novel, had some nice ideas but didnt explore them enough and didnt really feel finished, more like a work in progress
Read more
Report abuse

Ali Osman
3.0 out of 5 stars Three Stars
Reviewed in the United Kingdom on 18 May 2018
Verified Purchase
Frustratingly slow, unlike Garland's 'The Beach'
Read more
Report abuse
See all reviews
Back to top
Get to Know Us
Make Money with Us
Let Us Help You
And don't forget:
© 1996-2021, Amazon.com, Inc. or its affiliates