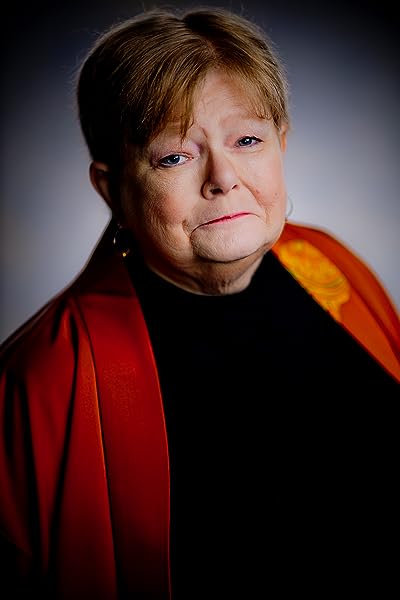 Tamora Pierce is the New York Times and Wall Street Journal bestselling author of two dozen books of fantasy for teenagers, about half of which are set in the fantasy realm of Tortall. She lives in New York City with four cats, two parakeets, and her beloved Spouse-Creature, Web designer Tim Liebe. The author lives in New York, NY.

4.8 out of 5 stars
4.8 out of 5
310 global ratings
How are ratings calculated?
To calculate the overall star rating and percentage breakdown by star, we don’t use a simple average. Instead, our system considers things like how recent a review is and if the reviewer bought the item on Amazon. It also analyses reviews to verify trustworthiness.

Catherine Nguyen
5.0 out of 5 stars Love the book
Reviewed in Australia on 21 February 2020
Verified Purchase
The book is great. Arrived and was in good condition.
Read more
Helpful
Report abuse
See all reviews

Becki Weston
5.0 out of 5 stars Provost's Dog
Reviewed in the United Kingdom on 16 January 2007
Verified Purchase
This is a completely new world to those of us who are familiar with reading Tamora Pierce's Tortall books. Yes it is vaguely familiar but it is also completely different. It's grittier and harder.

The story itself is in a completley new format; that of a journal. To be honest it takes a bit of getting used to- especially with the phonetic spelling in one journal entry. But once you get into it you discover that it really works and that it draws you more into the story.

The character of Beka Cooper is both what you expect and what you don't of one of Tamora Pierce's heroines (or Sheroes, if you prefer). She's shy to the point where it can be debilitating but she doesn't let that stop her. In many ways she is stronger than Alanna (from Song of the Lioness quartet) but she's got Alanna and Kel (from Protector of the Small quartet)'s love of what she does. It isn't just a job for her. She cares about the people she's protecting.

The other characters you meet in the story are interesting- especially the three new thieves she meets and befriends, surprisingly. Her siblings are ashamed of her because she doesn't follow the expected route but she doesn't let that stop her from being who she is. She's very aware of what's going on around her- she listens to the people around her. Her magic is cool and rather unusual- as is her cat, who I'm sure if you've read any previous books you'll be able to guess who it will be.

It is a genuinely good book- what better praise can I give it than that?

The Green Man
1.0 out of 5 stars Very disappointing
Reviewed in the United Kingdom on 23 January 2012
Verified Purchase
I'm a big fan of Pierce's work, but this story just didn't work for me. I didn't like the format (diary entries) or the manufactured slang. And the main plot, of children being abducted, seemed too heavy for such light weight treatment. I know Pierce has now turned this into a trilogy, but I won't be bothering with books 2 or 3.
Read more
One person found this helpful
Report abuse

RK1992
5.0 out of 5 stars Five Stars
Reviewed in the United Kingdom on 16 May 2018
Verified Purchase
I love all Tamara pierce books and really enjoyed this series!
Read more
Report abuse