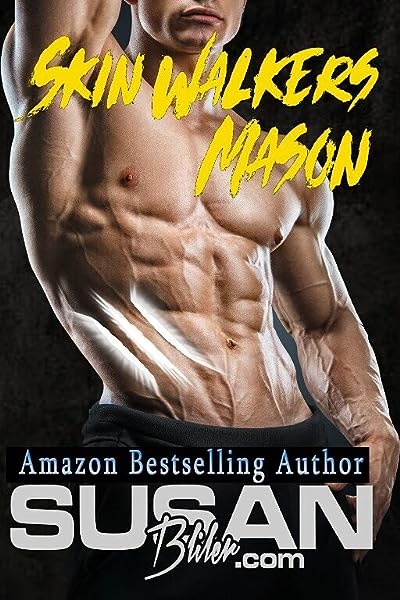 Page 1 of 1 Start overPage 1 of 1
Previous page
Next page
Start reading TerrIIItory (Territory series Book 3) on your Kindle in under a minute.

Jenny
4.0 out of 5 stars nice read
Reviewed in Australia on 4 December 2014
Verified Purchase
Good read, predictable outcome, which of course makes it easy to read. Although the writing was good I found myself skipping pages
Read more
Helpful
Report abuse
See all reviews

bookwormham
5.0 out of 5 stars Loved it
Reviewed in the United Kingdom on 9 June 2020
Verified Purchase
This was a wonderful alpha male shape shifter romance with some paranormal aspects. Well written fast paced read with some very hot scenes. I can't wait to read more in this series.
Read more
Report abuse

Amazon Customer
5.0 out of 5 stars Another Winner
Reviewed in the United Kingdom on 26 October 2014
Verified Purchase
WOW - what a great read.I loved the slight twist of adding the vamps in..Will look forward to Barron`s story with relish.Susan your books are always a joy to read and this one was no exception kept me up till 3·30am Sunday morning as I had to know if Kane & Beth made it.
Would give it 6 stars if I could
Read more
One person found this helpful
Report abuse

Lise Bellerose
5.0 out of 5 stars Five Stars
Reviewed in Canada on 25 May 2017
Verified Purchase
Loved it 😍😍😍😍😍😍
Read more
Report abuse

YVONNE BELL
5.0 out of 5 stars Five Stars
Reviewed in the United Kingdom on 25 June 2015
Verified Purchase
very enjoyable
Read more
Report abuse
See all reviews
Back to top
Get to Know Us
Make Money with Us
Let Us Help You
And don't forget:
© 1996-2021, Amazon.com, Inc. or its affiliates