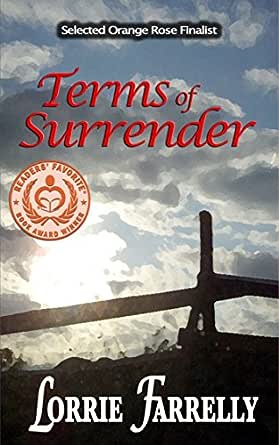 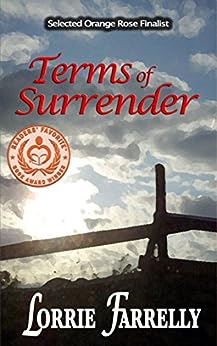 A Navy brat and graduate of the University of California, Santa Cruz, LORRIE FARRELLY is proud to be a Fightin' Banana Slug (well, okay, they're really lovers, not fighters). Following graduate school at Northwestern University, she began a career in education that included teaching art to 4th graders, drama to 8th graders, and finally, math to high school students (if anybody loses asymptotes, she can probably find 'em...). She's a three-time winner on "Jeopardy!" (despite forgetting the chemical symbol for sulfuric acid ... oh, wait - she never knew that in the first place), has shepherded wide-eyed foreign exchange students along Hollywood Blvd. ("As many stars and lunatics as there are in the Heavens"), and happily curried and shoveled as a ranch hand at Disneyland's Circle D Ranch. And always, she writes. Lorrie has won a Presidential Commendation for Excellence in Teaching Mathematics. She's been a Renaissance nominee for Teacher of the Year and a finalist for the Orange Rose Award in romantic fiction. She's never won the lottery, except where her family is concerned. For her, they're the ultimate prize. --This text refers to the paperback edition.

Demelza Carlton
TOP 1000 REVIEWER
5.0 out of 5 stars Romance with plenty of action
Reviewed in Australia on 2 February 2014
Verified Purchase
I can't say that I couldn't put this down, for there were a couple of places where I absolutely had to. I didn't want to read on because the tension was too much...for this romance has plenty of action (both in and out of the bedroom) and it was the clothed kind that had me on edge. Of course, that didn't last long - I picked it up again and kept right on reading...nailbiting suspense and all.

Annie's brilliant - a brave young woman who will stop at nothing. Perhaps it was my early connection with such a well-written character that had me desperate to NOT see her get hurt any further as the story progressed.

Now Michael...there's a conflicted character. I like how Farrelly presented his PTSD - without mentioning the modern term for it. Of course, that's only a tiny bit of the man - for a complex hero, he's another one I wanted to see happy and not hurt.

Now, being a romance, I expected a happy ending of some sort, but Farrelly certainly kept me wondering as to where and how that would be possible - and who would survive to the end at all.

Brilliant pacing throughout - my only complaint is that perhaps the story contained too much sex for me. Not that any of it was unnecessary or overkill, just a matter of my personal preference.

A well-deserved five stars as I go to track down the rest of the series...

NYM
4.0 out of 5 stars Terms of Surrender
Reviewed in Australia on 11 April 2016
I'm normally not a romance reader, but this one caught my attention with its great reviews. I picked it up for my kindle, and boy am I glad I did. The writing is fantastic, the story engaging, the characters extraordinarily well developed. I felt what they felt. I wanted what they wanted. I couldn't wait to get through work so I could get back to reading. I've already purchased and read book two of the series, and it's also incredible. Great book!
Read more
Helpful
Comment Report abuse
See all reviews

Amazon Customer
4.0 out of 5 stars Grittier than the description suggests
Reviewed in the United Kingdom on 24 March 2020
Verified Purchase
‘Romantic fiction’ isn’t my thing so I was pleasantly surprised how much I enjoyed TERMS OF SURRENDER. Captain Michael Cantrell is commander of a dwindling band of confederate soldiers, surrounded by his wounded and dying men in the Virginia woods in April 1865. In a moving opening scene he receives word from Robert E. Lee himself that the war is lost. In defeat, Michael heads west to find himself. In Wyoming Territory he finds instead a young settler woman, Annie Devlin, and her 10-year old brother Robbie. Annie is being forced off her land by greedy rancher Colonel Randolph and his gang of hired guns – including two particularly villainous ones. Michael sides with Annie against Randolph, in what looks to be another doomed cause. Violence ensues – fist fights, rape and gunplay - in the course of which Michael and Annie fall in love. As you might gather TERMS OF SURRENDER is a lot grittier than the description ‘romantic fiction’ would indicate. Of course it does cover familiar territory – shades of ‘Hondo’ and ‘Shane’ – but often the best western fiction re-works the familiar, while still finding new wrinkles, as Farrelly does here. The child characters in ‘Hondo’ and ‘Shane’ are rather passive and saintly, but Robbie is a lot spunkier. I particularly liked his humorous interplay with Michael. Perhaps the best aspect of this excellent novel is how the trio of brother, sister and damaged stranger bond against their enemies, while Farrelly’s writing skills provide the necessary edge. Recommended.
Read more
Report abuse

Mark Tilbury
5.0 out of 5 stars Well written and edited to a high standard
Reviewed in the United Kingdom on 18 August 2016
Verified Purchase
This isn't a genre I'd normally choose to read or a period of history that I ever learnt about in detail (being from the UK,) but I decided to try a different genre and I'm glad I did.

What struck me the most about this book was how the author manages to pull you inside the story with her use of description. I'm not a fan of description that is not needed or overdone, but here you hear the sounds of war and witness the after effects as you read. It is really well done and enjoyable.

The character Michael, an army captain, is a great character. Trying to live with the consequences of his brother's death and the after effects of the civil war, his was a complex personality that I enjoyed getting to know.

The only thing that I didn't like as much were the number of sex scenes. I'm OK with romances (I'm a fan of Catherine Cookson for eg) but personally felt there were too many.

Overall this was an enjoyable surprise of a book. Well written and edited to a high standard, and recommended to fans of American historical romance.
Read more
Report abuse

J. Harper
5.0 out of 5 stars Evocative and engaging - a great read
Reviewed in the United Kingdom on 17 October 2014
Verified Purchase
This was a real departure for me - I know very little about the period, and I live in Scotland so I know nothing about Wyoming either. But from the moment I started reading Terms of Surrender, Lorrie Farrelly had me hooked. Her descriptions were so vivid I could hear the gunshots and smell the blood of the dying days of the Civil War – and knew immediately that in Michael Cantrell we were going to have a complex, multilayered hero with principles and a past. Michael is haunted (quite literally) by the death of his young brother, for which he feels responsible. Not only does the ghostly Gavin have an important role to play in resolution of the plot, but he also acts as a device to explore morality, and guilt, and the nature of sibling affection.

Then there's Annie Devlin. Our heroine is what's commonly known as 'feisty', but in no way is she clichéd. She defends her land to the best of her ability, looks after the young brother she adores and, we discover, has a sense of fun that bubbles up even at the most inappropriate moments. And I loved the way the author used the staid conventions of the period as a device for increasing romantic intensity - very clever!

There were villains aplenty, and good men and women too. There were many twists and turns in the plot and they kept me turning the pages, but what I especially loved was the quality of the writing, and of the observation of character. The scene in the hot springs was delicious!

And now I have a taste for Lorrie Farrelly's books, I'm off to find some more...
Read more
Report abuse

10Stars
3.0 out of 5 stars Charming love story
Reviewed in the United Kingdom on 28 November 2013
Verified Purchase
Terms of Surrender - Lorrie Farrelly
Set in the aftermath of the American Civil War, this is a light-weight but predictable story about a southern captain and a young woman in Wyoming who is trying to keep her family ranch safe from greedy land grabbers.
Of course there is the archetypal villain, Colonel Randolph, who is doing the land grabbing and his son in law, an ineffective marshal trapped in a loveless marriage and the real-bad guys who derive pleasure from rape and torture.
Michael Cantrell, the army captain, Annie and her young brother Robbie come across very well in this love story and while graphic the sex scenes are well-written.
Despite its many inconsistences and poor layout, this is an enjoyable read.
Read more
Report abuse

Kindle Customer49
5.0 out of 5 stars A Fine Literary Romance
Reviewed in the United States on 27 April 2015
Verified Purchase
To me, what sets Lorrie Farrelly’s well-written TERMS OF SURRENDER historical fiction romance apart from many of the other books of that ilk is her fine, literary prose. In fact, in reading her love/sex scenes—and there are quite a few—I kept thinking, ‘Why, even her love making is poetic!’

But in the end, what resonated the most with me was the depth of her characters and her portrayal of how both post Civil War Northerners and Southerners were far from being healed. The very touching opening scene with General Lee surrendering to General Grant at Appomattox as his soldiers choked on their own mixed emotions; the ghosts of family killed forever present in people’s hearts and minds, and how a feisty northern woman (with the help of her little brother) lead a physically and emotionally wounded southern captain down the path of ultimate trust and happiness all made for a very engaging read. Recommended, indeed!
Read more
14 people found this helpful
Report abuse
See all reviews
Get FREE delivery with Amazon Prime
Prime members enjoy FREE Delivery and exclusive access to movies, TV shows, music, Kindle e-books, Twitch Prime, and more.
> Get Started
Back to top
Get to Know Us
Make Money with Us
Let Us Help You
And don't forget:
© 1996-2020, Amazon.com, Inc. or its affiliates