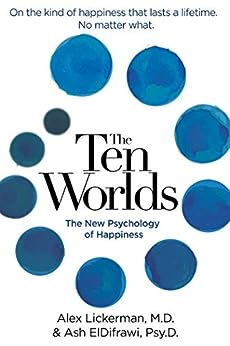 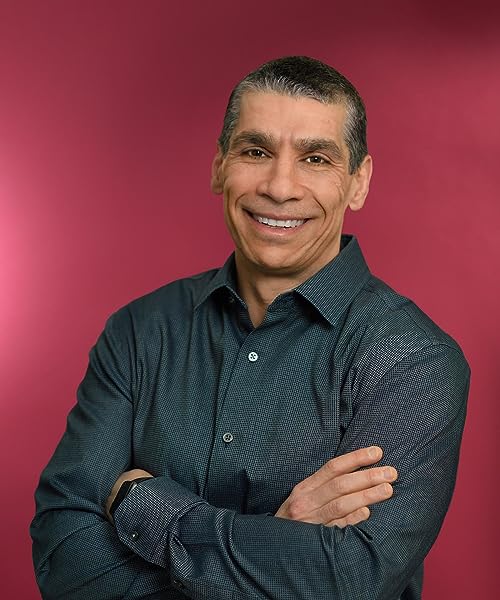 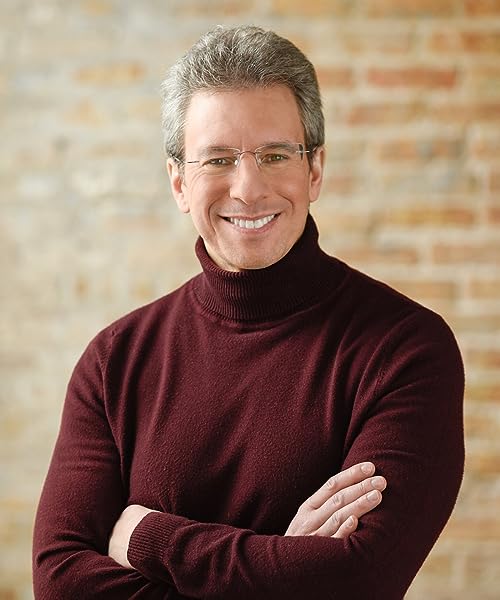 The Ten Worlds: The New Psychology of Happiness Kindle Edition

Ash ElDifrawi, MA, Psy.D., began his career as a practicing clinical psychologist before becoming a marketing executive for some of the most prestigious and innovative companies in the world. After transitioning to a career in marketing, Dr. ElDifrawi has held senior positions at companies including Google, McKinsey, Wrigley, Gogo, and currently Redbox. Dr. ElDifrawi also sits on the board of the Illinois Technology Association (ITA), and is still a licensed clinical psychologist in Illinois. Alex Lickerman, MD, is a primary care physician, former assistant professor of medicine, former director of primary care, and former assistant vice president for Student Health and Counseling Services at the University of Chicago. --This text refers to an alternate kindle_edition edition.

RKash
5.0 out of 5 stars The Best Happiness Book Out There By a Long Shot
Reviewed in the United States on 4 October 2018
Verified Purchase
The authors claim this book took them over 20 years to write, and after reading it, I can see why. This is an amazingly well crafted book that has so many moving parts that harmoniously come together in a way that makes the book gripping from start to finish. I've never read a non-fiction book that uses their format of interweaving stories, science, philosophy, research, and deductive reasoning that ultimately, piece by piece, unravels the mystery of achieving lasting happiness, and why almost all of us have it all wrong. This book has forever changed the way I think about how I will pursue happiness in my life.
Read more
14 people found this helpful
Report abuse

Juan Manuel Lopez, Jr.
5.0 out of 5 stars Extremely practical in understanding the true drivers of personal happiness.
Reviewed in the United States on 6 December 2018
Verified Purchase
I enjoyed the book for succeeding in making me think deeply about what truly influences my own happiness in a way no other book has. I also appreciated the rooting in eastern philosophies with a more contemporary flavor. The book takes the reader through the "Ten Worlds" (of happiness) via story formats of actual case studies. This made the book both an easy read and a compelling narrative. I never thought I'd find a self-help book to be a page-turner the way a novel is....but this one is just that. I'd highly recommend this book to anyone seeking to better understand their own "Core Delusions" that are getting in the way of achieving consistent and enduring happiness. Life is too short to not understand ourselves in this way and the book does a great job of helping the reader understand that his or her own mindset (“Core Delusions”) can have the largest impact on their happiness.
Read more
6 people found this helpful
Report abuse

AP
5.0 out of 5 stars Met very high expectations
Reviewed in the United States on 7 October 2018
Verified Purchase
I had high expectations for this book given all the advanced acclaim I read from some well known experts in the field of Happiness. It didn't disappoint. Note that this book is not a fluffy self-help book that gives you a bunch of advice on what to do to be happy. Rather, it took a serious run at challenging and completely redefining how we think about happiness in general, and the authors did a convincing job of proposing an entirely new way to think about happiness that's well supported by science and case studies. There's a lot to absorb in this book, so I was appreciative of the original way in which it was written. The unique structure of the book made a complex subject/concept a relatively easy read.
Read more
11 people found this helpful
Report abuse

Mr. Jenkins
5.0 out of 5 stars VERY useful view into self
Reviewed in the United States on 11 December 2018
Verified Purchase
Being familiar with the Ten Worlds Buddhist construct (Buddhism identifies Ten Worlds--ten states we experience within our lives, based on our frame of mind and life experiences - the ten states of life can be inherent within each of us at any time...we don't necessarily live in the fixed state of say, Anger or Hunger but move around them), I was curious what this book would have to offer when I purchased it. I found a wonderfully insightful Socratic dialogue between the two authors (an MD and a Psy.D, former or current practicing psychiatrists, one with a lot of real world experience in the business world) examining how we get in our own way and inhibit happiness and what we can do to change our state of mind. The authors draw from actual patient case studies, making the material very accessible and fun to read. My five star rating is based on the book helping me personally. I have read a lot of books on happiness (in particular, I really enjoyed The Happiness Hypothesis by Haidt, the How of Happiness by Sonia L. and Authentic Happiness by Seligman) but this book made me realize that I've unknowingly suffered from one of the ten states and the authors illuminated my own faulty reasoning through their patient case study. I've sat with this realization for three weeks now and seem to catch myself much more before acting out - real progress...Thank you to Alex Lickerman and Ash ElDifrawi for an insightful and supremely useful book!
Read more
3 people found this helpful
Report abuse

Jason Kwong
4.0 out of 5 stars Is this really Happiness 2.0? Maybe…
Reviewed in the United States on 10 October 2018
Verified Purchase
This book took a big swing at trying to redefine how we think about happiness (which I have seen dubbed Happiness 2.0), and for the most part presented a very compelling case for all the wrong paths we take in pursuit of lasting happiness. It’s a nice balance of science and philosophy, and it’s told in a unique format that kept me highly engaged, and entertained actually. I rarely give anything 5 stars because no books are perfect, but I would definitely recommend this book for anyone who wants a serious book on the topic of happiness.
Read more
9 people found this helpful
Report abuse
See all reviews
Back to top
Get to Know Us
Make Money with Us
Let Us Help You
And don't forget:
© 1996-2021, Amazon.com, Inc. or its affiliates