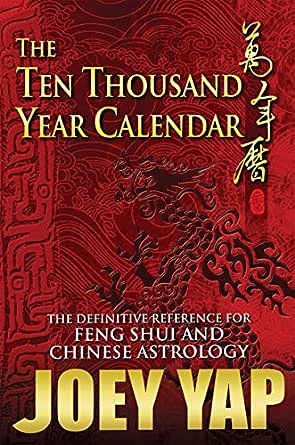 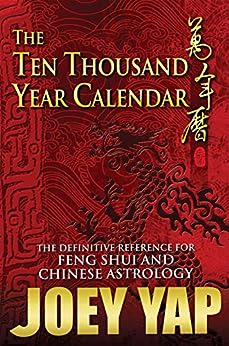 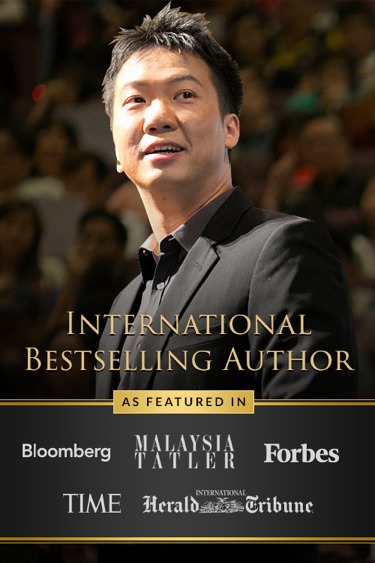 This book is currently unavailable because there are significant quality issues with the source file supplied by the publisher.

The publisher has been notified and we will make the book available as soon as we receive a corrected file. As always, we value customer feedback.

The Ten Thousand Year Calendar is the next most essential item after the Luo Pan in the practice of Feng Shui. In BaZi, it is the "bible", without which plotting a chart is not possible as it provides the bridge between the Western (Gregorian) Calendar and the Chinese Xia Calendar, which comprises the Lunar and the Solar Calendars.

Joey Yap is the founder of the Mastery Academy of Chinese Metaphysics, a global organisation devoted to the teaching of Feng Shui, BaZi, Mian Xiang and other Chinese Metaphysics subjects. He is also the Chief Consultant of Joey Yap Consulting Group, an international consulting firm specialising in Feng Shui and Chinese Astrology services and audits.

Joey Yap first began learning about Chinese Metaphysics from masters in the field when he was fifteen. Despite having graduated with a Commerce degree in Accounting, Joey never became an accountant. Instead, he began to give seminars, talks and professional Chinese Metaphysic consultations around the world, and has become an avid property investor who also holds an interest in diverse businesses. By the age of twenty-six, he became a self-made millionaire. In 2008, he was listed in The Malaysian Tatler as the Top 300 Most Influential People in Malaysia and Prestige s Top 40 Under 40.

He is also the bestselling author of over 75 books on Feng Shui, Chinese Astrology (BaZi), Face Reading and Yi Jing, which has sold more than 3 million copies to-date. Many of his titles have also topped the Malaysian and Singaporean MPH Bookstores bestseller lists.

Thousands of students from all around the world have learnt and mastered BaZi, Classical Feng Shui, and other Chinese Metaphysics subjects through Joey Yap s structured learning programs, books and online training. Joey Yap s courses are currently taught by instructors in over thirty countries worldwide.

Every year, Joey Yap conducts his Feng Shui and Astrology seminar to a crowd of more than 3500 people at the Kuala Lumpur Convention Centre. He also takes his annual seminar on a world tour to Frankfurt, San Francisco, New York, Toronto, London, Sydney, Singapore and beyond.

In addition to being a regular guest on various radio and TV shows, Joey Yap has also written columns for The New Straits Times, The Star and The Edge Malaysia s leading newspapers. He has also been featured in many popular global publications and networks like Time International, Forbes International, the International Herald Tribune and Bloomberg.

Ivo
4.0 out of 5 stars but I tried my best to find it
Reviewed in the United States on 10 January 2016
Verified Purchase
A comprehensive book with a lot of information about different branches of Chinese Metafysics.

I'm a student in Bazi and the main reason I purchased this book was to find the accurate transition dates for each year.
Bazi uses solar calendar system and the transition date for the months vary.
When it varies it's usually +1 or -1 day.

This book is a product that is made on mass production, so this would mean that no Bazi practitioner can use this book
to check for the accurate transition date of the Bazi months.

John Tackett
5.0 out of 5 stars Excellent Reference Source
Reviewed in the United States on 15 June 2014
Verified Purchase
This Book Meets All Of My Expectations. This Author always has easy to understand language and this book is no exception. This book is a must for construction of Bazi Charts, Feng Shui, Qi Men Dun Jia, and of course Date Selection.
Read more
Helpful
Sending feedback...
Thank you for your feedback.
Sorry, we failed to record your vote. Please try again
Report abuse
Load more international reviews

Alfredo Prates
1.0 out of 5 stars One Star
Reviewed in the United States on 13 October 2017
Verified Purchase
I could not read the book, its so small.
Read more
One person found this helpful
Helpful
Sending feedback...
Thank you for your feedback.
Sorry, we failed to record your vote. Please try again
Report abuse