Ten Dead Comedians: A Murder Mystery and over 1.5 million other books are available for Amazon Kindle . Learn more
Share <Embed> 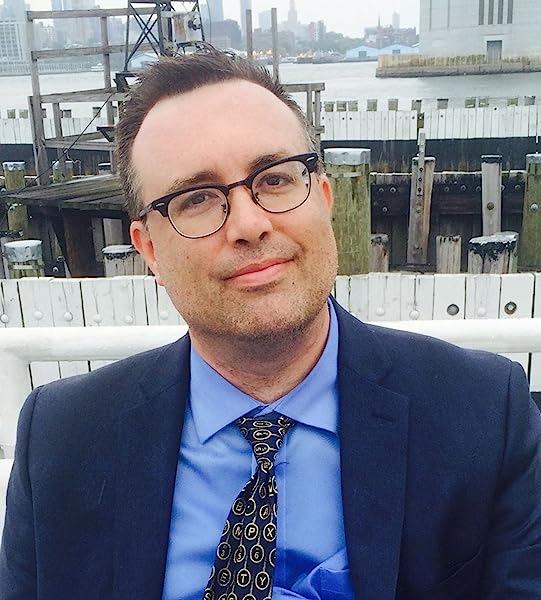 Page 1 of 1 Start overPage 1 of 1
Previous page
Next page
Start reading Ten Dead Comedians: A Murder Mystery on your Kindle in under a minute.

“Original, funny, and - like all great comedians - Van Lente slays the audience”―David Quantick, Emmy award-winning writer of Veep, The Thick of It, Brass Eye, and Harry Hill's TV Burp

“Van Lente’s strength is in his narrative ability [...] and his sharp, acerbic humor. The mystery is pretty fun too!”―BookRiot

“Van Lente’s look at the selfishness and misery of show business is sure to be a hit with mystery lovers who savor unusual setups; the side of snark provided by the bitter islanders adds to the atmosphere.”―Booklist

“This book is like if Agatha Christie was funny, which is to say that it is infinitely better than Agatha Christie. If you're in the comedy world you'll feel that you know some of the characters firsthand. Hell, if you're a 21st century human you'll feel you know some of the characters firsthand.”―Jennifer Wright, author of It Ended Badly and Get Well Soon

“Ten Dead Comedians is a funny and nail-biting front row seat to the bloodthirsty world of professional comedy ... and that's BEFORE the murders start.”―Daniel Kibblesmith, writer for The Late Show With Stephen Colbert

“An homage not only to stand-up comedians everywhere but to Agatha Christie’s original mystery, Van Lente’s novel is hilarious and suspenseful―all at once.”―BookTrib

“Fred Van Lente takes an old idea and drags it kicking and screaming into the 21st Century. So assured, so fresh and so inventive, it's hard to believe this is his first novel.”―Kevin Wignall, best-selling author of A Death in Sweden and The Hunter’s Prayer

“Fred Van Lente delivers an Agatha Christie twisty mystery filled with all the cruel, horrible, and violent deaths that only stand-up comedians truly deserve.”―Grady Hendrix, author of Horrorstör, My Best Friend's Exorcism, and Paperbacks from Hell

“[This] debut fiction could possibly become, in its own way, as much of a classic as the novel it honors.”―New York Journal of Books

“I flew through this book, anxious to uncover the identity of the killer, and that is perhaps the highest recommendation I can give. I couldn't put it down.”―Geeks of Doom

“It’s a bit guiltily we admit that watching a handful or two of hack comedians be slowly picked off is a delight.”―Cool Material

“A fantastic debut and a fun ode to Agatha Christie's And Then There Were None that provides plenty of comedy to go along with the rampant murder.”―Four Letter Nerd

“This book [is] oddly mesmerizing.”―Mystery Playground

Fred Van Lente is the #1 New York Times best-selling writer of the comics Odd Is on Our Side, Archer and Armstrong, and Action Philosophers! He also co-wrote the graphic novel Cowboys and Aliens, which was made into a film starring Harrison Ford and Daniel Craig.

3.7 out of 5 stars
3.7 out of 5
62 global ratings
How are ratings calculated?
To calculate the overall star rating and percentage breakdown by star, we don’t use a simple average. Instead, our system considers things like how recent a review is and if the reviewer bought the item on Amazon. It also analyses reviews to verify trustworthiness.

E.P. Clark
TOP 1000 REVIEWER
5.0 out of 5 stars A Fun Piece of Entertainment, With Some Snap
Reviewed in Australia on 11 July 2017
A group of comedians, all either on their way up or on their way down, is invited to a fellow superstar comedian's private island for a mysterious project. But the project, it turns out, is killing them.

Like all good comedy, "Ten Dead Comedians" is light fare, but with a definite bite. It's less haha-hilarious than I was expecting, but it does have that upending of expectations, that edgy attack on accepted cultural mores, that good stand-up does. The comedians represent a cross-section of contemporary American comedy, including the white blue collar comedian who pokes fun at Liberal America in a heavy (faked) Southern accent, the ultra-liberal Asian lesbian who alienates everyone around her with her crusading, the Hispanic TV show host who harasses women and gays, the washed-up improv instructor, and so on and so forth. Each character has a story, which they get to tell, exposing the sexism, racism, classism, and fame-chasing of their society, and each character has a reason why the others might want to kill them.

I won't spoil it by saying whodunnit, but readers of this kind of thing will have a good guess, while also being satisfied by the twist that exposes the villain. The plotting is conventional locked-room murder mystery stuff, but it's done well, with a good balance of surprise and satisfaction, and the action is page-turning. All the characters are sort of likable, or at least pitiable, and sort of irritating jerks, so it's good that the narrative doesn't spend too long with any of them, giving multiple points of view in each chapter. This could be confusing, but the characters are all delineated clearly enough that it's easy enough to sort them out after a couple of chapters. Readers should be beware that the body count is high, as you'd expect, and there is some gore, although not in egregiously large quantities. In the end, "Ten Dead Comedians" is like a good comedy routine--it's a fun piece of entertainment, with enough of a snap to it to keep you listening, and thinking about it afterwards.

My thanks to NetGalley and the publisher for providing a review copy of this book. All opinions are my own.
Read more
Helpful
Report abuse
See all reviews

Susan
5.0 out of 5 stars Good read
Reviewed in Canada on 2 June 2020
Verified Purchase
Book arrived as advertised .Only negative was delivery time . It was due between May 6-20 and arrived on June 1. The holiday and the corona virus probably slowed delivery, but that isn't the stores fault. All else was acceptable.
Read more
Report abuse

Kindle Customer
4.0 out of 5 stars Interesting story
Reviewed in the United States on 19 January 2020
Verified Purchase
Got this book at a bargain sale on Amazon. Picked it because I like murder mysteries and comedy. It kept my attention but it was somewhat difficult to keep all the characters straight in my head. I liked all the convoluted connections to each other and the setting of the story. I have another of this author's books and am looking forward to reading it.
Read more
Report abuse
See all reviews
Back to top
Get to Know Us
Make Money with Us
Let Us Help You
And don't forget:
© 1996-2021, Amazon.com, Inc. or its affiliates