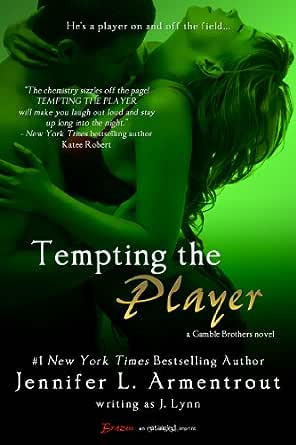 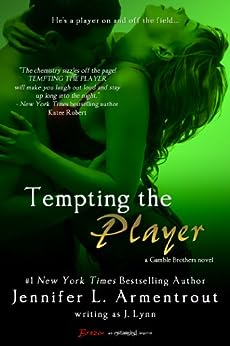 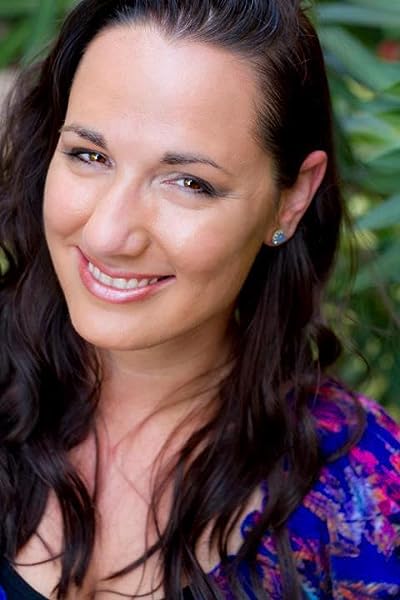 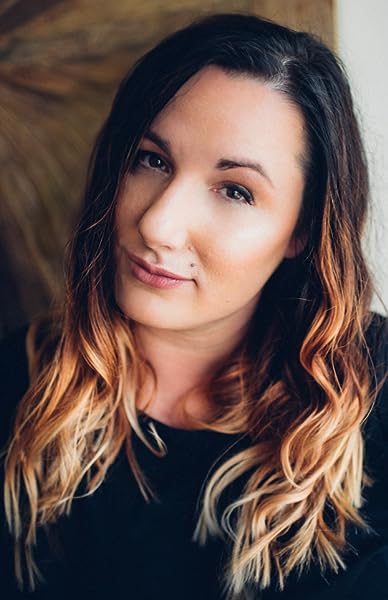 "The chemistry sizzles off the page! Tempting the Player will make you laugh out loud and stay up long into the night." ---Katee Robert, New York Times bestselling author

Amazon Customer
4.0 out of 5 stars Short but sweet ❤️
1 December 2017
Format: Kindle EditionVerified Purchase
I love any books by JLA ... she is amazing..one of my favorites..anyone liking this you must read all her other work..x
Read more
Helpful
Comment Report abuse
See all 1 customer reviews
Write a customer review

Kim B.
4.0 out of 5 stars Jen hit it out of the park with Tempting the Player
3 February 2019 - Published on Amazon.com
Verified Purchase
JLA is one of my favorite authors — and humans, but that's another story — and I can't believe I didn't get around to reading Tempting the Player before now. I mean, I love Brazen romances and I've owned this one forever. I'm almost embarrassed to admit I pretty much forgot about this series until I was elbow deep in my TBR looking for the oldest books on it. But, I'm glad I read it now because it was a quick, hot and sexy read. Now I just need to read the third Gamble Brothers book sooner rather than later...

I've mentioned before I'm a total tropeaholic. One that I enjoy, but don't read nearly often enough, is the "fake it 'til you make it" trope. Fake relationships are just plain fun to read. They provide a great set up for two characters to get to know each other. Chad and Bridget's story was fun, sexy and delivered some serious swoons, too. I shouldn't be surprised. Jen is the queen of all of these things, after all. Another bonus? It's not often I find books in a genre I enjoy set in the Washington, DC area. The location might not have played a big part in the story of Tempting the Player, but Chad's profession — Washington Nationals baseball player — did.

Chad and Bridget were both great characters. If I'm honest, I was a little on the fence with him at first. Playboys aren't always for me, especially those whose reputations are so bad they need a fake relationship to more or less save their careers. It wasn't all that long however until I was singing Chad's praises. Things aren't always as they appear and there's a lot more to him than meets the eye. Bridget was a relatable heroine. She was a bit jaded and lonely, but she also didn't allow herself to be a doormat. She was a little bit broken — understandably, given parts of her past. While she didn't need a man to put her back together, something about Chad helped. Their chemistry was intense, banter fantastic and sexy times off the charts.

It's been awhile since I read one of JLA's sexier stories — or any Entangled Brazen books — and I'm reminded of why I love both. Jen knocked it out of the park (ha, see what I did there?) with Tempting the Player. I'm looking forward to reading Tempting the Bodyguard sooner rather than later because, really, who doesn't need more Gamble Brothers in their life?

HRH79
4.0 out of 5 stars Fast and Fun!
8 February 2015 - Published on Amazon.com
Verified Purchase
I read and reviewed book one in this series, Tempting the Best Man, back in December of 2012, so I didn't quite remember all the details about the relationship between the Gamble brothers or their back story. I almost wished I had reread it first. Not because it is necessary to enjoy this book but because these books are just so darn delicious!

Book two is about the middle brother, Chad, who is a professional baseball player. At age 30 the club manager of his team is tired of all the negative paparazzi photos and negative press he constantly gets because of his wild lifestyle, lots of women, lots of alcohol and overall just a partying type kind of guy - or so the tabloids make him out to be.

In reality, he has been bored with the lifestyle he's known for living for about 3 months now. All the women who are money hungry or power hungry, he's lost interest in. One night out with his buddy at a rather exclusive club, he sees a tall, curvaceous, auburn haired woman who instantly catches his eye, known as Bridget Rogers.

Bridget knows all about the playboy ball player. Afterall her boss is in a relationship with his younger brother, Chase (from book one), and she knows way too much about him to know dating isn't something Chad has an interest in. But for one night, she decides the attention and attraction is worth whatever fallout she has to endure. That one night turns into blackmail by Chad's publicist, to pretend to be dating each other for one month to clean up his act in the public eye or else serious consequences for Bridget. (I'll leave the "or else" out to not spoil anything).

The problem with pretending to be dating such a good looking, charming guy? How do you not let your heart get attached, especially when you both know the attraction between you is dangerously high?

Great fast, fun, hot NA book! If you're a fan of other J. Lynn/Armentrout books, you'll love this one too!

Favorite Quote:
It was a Friday night, she was at a club, and a good-looking man was currently giving her the I-want-to-take-you-home-and-I-hope-I-last-longer-than-five-minutes look...and she was thinking about pie, a young adult book, and feeding her cat. She was so turning into the cat lady at twenty-seven. Sweet.

Kindle Customer
5.0 out of 5 stars The hottest Gamble brother so far!
24 February 2015 - Published on Amazon.com
Verified Purchase
This book is the second in the Gamble brothers series. I enjoyed this one more than the first book (Tempting the Best Man). Chad and Bridget are a good match for each other. He is a celebrity and (obviously from the title) a player who goes easily from woman to woman, with his picture often showing up in tabloids with the latest flavor of the week. Bridget is down-to-earth and not part of Chad's world. She is not a super-thin model, but a realistic, normal-sized woman. When she and Chad meet at a specialty club catering to dominants (a regular for him, a one-time visit for her), their attraction is instant and intense. She recognizes Chad right away even though they've never met, both due to his celebrity and the fact that her boss/best friend is in a relationship with his brother Chase. She doesn't tell him that she knows who he is because she decides to have a one night stand with him and is afraid he'd pass if he knew the connection. She disappears from his apartment and he has no idea how to find her again. When a chance second meeting and a paparazzi photo cause serious potential problems for Chad's career, Bridget is blackmailed (not by Chad) into a temporary, fake relationship to salvage his reputation and career. Chad is seriously HOT, Bridget is believable, and their story makes for very entertaining reading. Chad has some maturing that he needs to do to be worthy of our girl, but he gets there and it's great to be along for the ride. I highly recommend this book. Looking forward to Chandler's story!
Read more
One person found this helpful
Go to Amazon.com to see all 275 reviews 4.6 out of 5 stars
Get FREE delivery with Amazon Prime
Prime members enjoy FREE Delivery and exclusive access to movies, TV shows, music, Kindle e-books, Twitch Prime, and more.
> Get Started
Back to top
Get to Know Us
Make Money with Us
Let Us Help You
And don't forget:
© 1996-2020, Amazon.com, Inc. or its affiliates