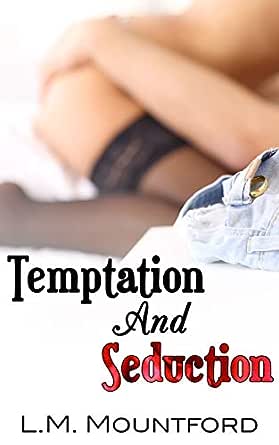 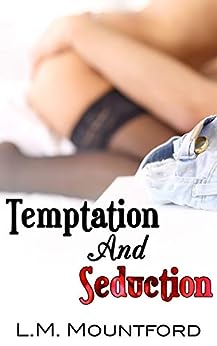 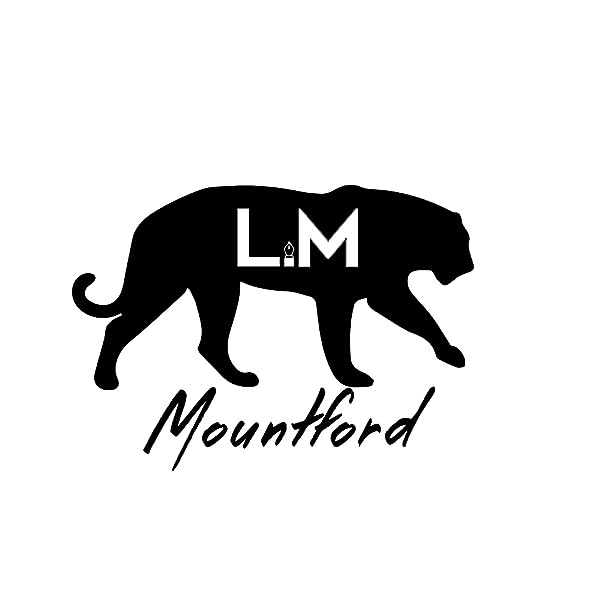 Angela Hayes
TOP 100 REVIEWER
3.0 out of 5 stars I really wanted to like this book much more than I did.
Reviewed in Australia on 21 April 2019
Verified Purchase
3 Stars

Temptation and Seduction by L.M Mountford is a collection of 6 short stories that range from friends to lovers, a mafia princess’ adventures, a paranormal college romp, a taboo/forbidden story, and tales of temptation.
This is a very quick and easy read and I think because of the type of story this is and the fact that each ‘book’ in the collection is so short, it’s one you can enjoy when your reading time is limited because you can easily read one or more of the ‘books’ in under an hour, so you can pick it up and put it down, without feeling like you are left hanging.
I really wanted to like this book so much more than I did. But there isn’t a lot of depth, or character development to the storyline- because they are so short. I would have much preferred to read them as ‘full-length’ novels instead. But if you like your stories with less depth and more titillating and ribald content, then this is the collection for you.
The collection contains:

Just once
Faye and Terry have been friends since they were young children. Faye has feelings for Terry and would love to be more than friends. Little does she realise that Terry feels the same way, but he’s worried about destroying their friendship, AND he has a girlfriend. Faye finally throws caution to the wind, taking matters into her own hands- because just once she wants to know what it would be like to more than just his friend. What happens. You have to read the story to find out.

Valentine Misadventure
Sophie's a mafia Princess. Her father is the Boss. Luke is her bodyguard. It’s Valentines night. So, what happens when her father’s right hand man shows up. There’s an element of danger to this story. What does their Valentine’s have in store for them? Dive in to find out.

Play Time
James is a college student, who has a paranormal experience that could cost him dearly. His encounter with the sexy new student, Timandra, takes an unexpected and dangerous turn. There is definitely more to the school, and the story than meets the eye. Will he survive this new ordeal? Will he find a way to survive? An intriguing premise.

Sweet Temptations
Richard who is married with a lovely wife and young child- finds himself tempted by his pretty young babysitter. She has a crush on him, and is very ‘flirty’- so he is having very lustful thoughts. Will the temptation be too much to resist?

Sweet temptations (The Boss's Daughter)
We catch up with Richard again, who is battling temptation once again. This time in the form of his Boss’s Daughter? Will he succumb?

Jennadb
TOP 500 REVIEWER
4.0 out of 5 stars Forbidden Fruit
Reviewed in Australia on 9 April 2019
Temptation and Seduction by L.M. Mountford is a collection of short hot and steamy and forbidden fruit stories.

Just once Faye has had feelings for her best friend Terry, since they were those young kids playing together. Terry feels the same way but he has a girlfriend that he loves. Doesn’t he? Will they both take things further or does their friendship mean more?

Valentine's adventure Luke is Sophie's bodyguard, the daughter of a gangster but what happens when Daddy sends his right hand man after them?

Play time James is a college student, can’t resist the charms of Timandra, whom he finds out is a succubus. This isn’t his first succubus rodeo and with a little help James gets the upper hand and the tables are turned.

Stepdaddy's bad girl Eric was infatuated with Katharines mother and now her daughter who he has vowed to make her his and no one and he means no one will ever have her besides himself.

Sweet temptations Richard finds that his sweet young temptation, the babysitter, has the hots for him but is he willing to give himself up to his lustful thinking and destroy all he has, his beautiful wife and child?

Nerdy Despina
5.0 out of 5 stars ❤️Steamy Collection!🔥
Reviewed in Australia on 7 April 2019
Steamy Collection! There’s enough heat packed into this box set that you will be sated for days. There are twist and turns, passion, lust and amazing characters. 💋
Read more
Helpful
Comment Report abuse
See all reviews from Australia

Misty Wagner
5.0 out of 5 stars Liked it
Reviewed in the United States on 7 May 2019
Verified Purchase
Loved it
Read more
Helpful
Sending feedback...
Thank you for your feedback.
Sorry, we failed to record your vote. Please try again
Report abuse