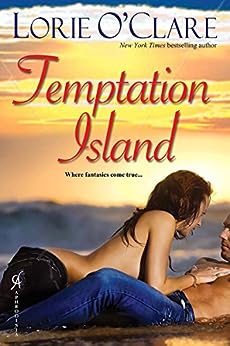 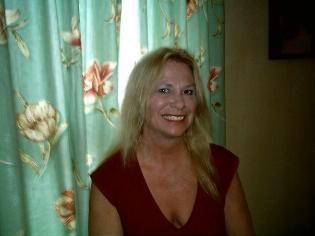 Lorie O'Clare was born in 1965 in San Diego, CA. She's the oldest of three children and for the first part of her life traveled with her family, living in many Midwestern states, Iowa, Missouri, Indiana and finally Kansas. She graduated from high school in 1983 as a junior and began her college life at age 17. She received a double major in English and Political Science in 1991. Although her original intentions were to go on to law school, and she went as far as taking the LSAT, being a lawyer wasn't in the writing for Ms. O'Clare.

The same year she graduated from the Univ. of KS. she also married. Ten months later she gave birth to her first son. Her second son was born in 1994 and her third son in 1996. Although she wanted a daughter, this was also a plan of hers that would never happen. Six months after her third son was born she had a hysterectomy.

Her marriage lasted ten years with an amiable parting. During those years, Lorie began reading every romance she could get her hands on. Times were hard and she went through every romance novel her library had, then found very cheap book clubs and received new romance novels in the mail each month. The Internet also entered Lorie's life during this time and she made on line friends with similar interests to hers.

Lorie continued with her passion for reading, merging into other genres when she was convinced she'd read every published romance novel out there. While reading she often experienced the sensation that she could have made the story better. She began writing, purely for her own satisfaction. In those early years, when her boys were young and she was newly divorced, Lorie wrote eight full length novels. All but one of those novels would later be published.

In 1998, Lorie took the push from her on line friends and tried publishing her first novel, a children's story called Dolls Of Tashan. She printed manuscripts on her word processor and mailed them out as often as she could afford the postage. The rejection letters were painful but she kept every one of them, first in one spiral notebook, then eventually adding another, and finally a third. In 2003, Lorie published her first book with a very small epublisher called Amber Quill Press. The book wasn't her children's story but a romance novel. To this day she has not published Dolls of Tashan, the first book she ever wrote.

Today Lorie O'Clare has published over 60 books. She still writes for Ellora's Cave. In 2008 she sold her first book to St. Martins, which took her name into mass market publishing. Today Lorie has two books out with St. Martins with six more scheduled to release over the next couple of years. She also sold a book to Kensington Press in 2008. Currently she has two books out with Kensington and plans to continue writing for them as well.

Lorie writes full time, lives with her teenage boys, her two dogs, Dude, her Boston Terrier, and Lady, her Beagle. She also has two American Short hair cats, Ernie and Tigger. She plans on writing until she dies. "There is nothing more fulfilling than creating a new world and walking through it with the people who live there," she says, as her fingernails tap away at the keyboard.

W. Turnbull
5.0 out of 5 stars Five Stars
Reviewed in the United States on 31 August 2018
Verified Purchase
Thank you!
Read more
Report abuse
See all reviews
Back to top
Get to Know Us
Make Money with Us
Let Us Help You
And don't forget:
© 1996-2021, Amazon.com, Inc. or its affiliates