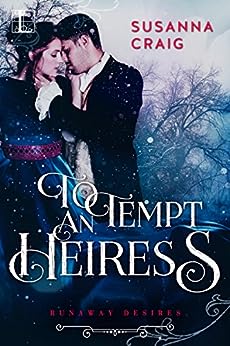 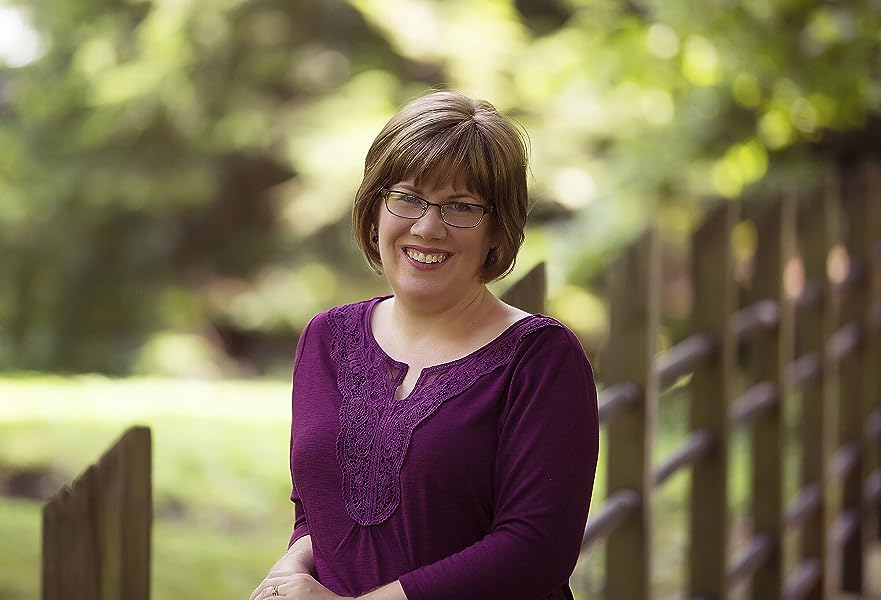 Almost as soon as she could hold a pencil, Susanna Craig began writing stories. Today, she pens award-winning Regency-era romance novels that blend history and heart with a dash of heat. An English professor, wife, and mom, she’s currently finding her happily ever after in Kentucky while holding onto her Midwestern roots. Find her online at www.susannacraig.com.

Ada Arnold
5.0 out of 5 stars An opportunity Kidnapping
Reviewed in the United Kingdom on 23 April 2017
Verified Purchase
What an adventure for her. She went on board to rescue a boy and ended up being kept on a ship and going to London from Antigua. Storms both at sea and on board made her mad but she ended up at his home and from there to her Grandfather in Yorkshire. The evil man who tried to get her to marry him was there and tried to again kidnap her and make her his bride but Andrews dog got in the way and Andrew was shot. The evil Duke was also hurt but fatally and Temperance proposed to Andrew and was accepted. Antigua, plantations and freeing slaves all went to make this a superbe novel. A must read
Read more
Report abuse

giki
5.0 out of 5 stars An enjoyable tale of adventure and romance on the high seas
Reviewed in the United Kingdom on 23 December 2016
Verified Purchase
I enjoyed the first in this loosely interlinked series well enough to want to read the second installment. This book is even better, but then I am a sucker for adventure on the high seas.
Tempest is a classic feisty heroine, reading William Shakespeare and Mary Wollstonecraft she gets some thoroughly modern ideas, like refusing to marry and being determined to free all the slaves on her grandfather's plantation. Fortunately, she is both very beautiful and very rich, or she would have no doubt come to an early, sticky end. Captain Corrovan is the only slightly brooding hero who has a fortunate tendency to act entirely on impulse and worry about the moral consequences afterward.
As indicated by the cover and title this is fairly standard regency (or rather georgian) mush up to a point. The plot is no surprise to anyone who has read more than a few historical romances. But it is so well written, the characters are so appealing it is easy to get over involved in the plot. The atmosphere of the tropical island of Antigua with its merchants, plantation owners and slaves, is wonderfully described. My favorite part, of course, is the stormy sea voyage, the microcosm of life on board ship, the triumphs and tragedies coming in quick succession, the growing tension between out two main characters. It is all very well done.
I really enjoyed this book. It is a light easy read.
Read more
Report abuse

Sonja
3.0 out of 5 stars Good start, but lost interest part way through
Reviewed in Canada on 22 July 2021
Verified Purchase
Lead male started strong, but I lost respect for him about 1/3 way into the book. Lead female was just ok on my opinion…she was very entitled and a bit on the ‘too annoying’ side.
Read more
Report abuse

OLT
3.0 out of 5 stars If only they had stayed in Antigua or on the high seas.
Reviewed in the United States on 29 December 2016
Verified Purchase
This story started out great. The author has an excellent command of English and a beautiful writing style and has the potential to write super stories. However, once the H and h arrive in England from Antigua, the plot fizzled out and became one of those same old/same old "she won't marry and lose her freedom and independence" and "he won't marry because he is just not settle-down, family-man material". Yawn!

Let's go back to what I liked. The h, Tempest Holderin, lives in Antigua, heiress to a sugar plantation after the death of her father. She's an abolitionist and a feminist, struggling against the evils of slavery and misogyny (or at least male paternalism) of the times, and some very persistent suitors. Her longtime friend and plantation manager Edward is worried for her safety and arranges for ship captain (our hero) Andrew Corrvan to abduct her and take her to England and hand her into the care of her estranged grandfather (her only living relative, it seems). This part of the story, set in Antigua in 1796, was interesting to read.

The H is torn about this abduction. Doesn't seem like an ethical thing to do, yet he could use the money, and also, you know, it is for the h's own good that it needs to be done. Fortunately, he doesn't even have to make that crucial decision, The h comes aboard his ship just before they are about to set sail. And, oops, before you know it, it's off to England for them. Great. No moral dilemma for him this way.

We have some interesting adventure in Antigua, more adventure on the high seas en route to England, some misconceptions about each other that the H and h have to correct, and an attraction that ends up in intimacy. (So much for our heroine's feminism and general smarts, IMO.) Then they arrive in England and the story goes downhill, becoming a derivative romance. In addition to not liking the plot from here on, I did not ever really feel the romance and attraction between the two and I never became fond of either H or h. Neither one has a smidgen of a sense of humor; the h is so earnest and do-goody and the H is self-absorbed and brooding.

Not only that but the ending is very pat and abrupt. For having such strong convictions about the way they planned to lead their lives, these two have abrupt about-faces at the end. Their HEA just kinda happens for no good reason and I just kinda didn't care about it or them.
Read more
4 people found this helpful
Report abuse
See all reviews
Back to top
Get to Know Us
Make Money with Us
Let Us Help You
And don't forget:
© 1996-2021, Amazon.com, Inc. or its affiliates