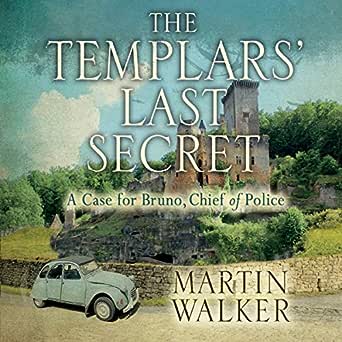 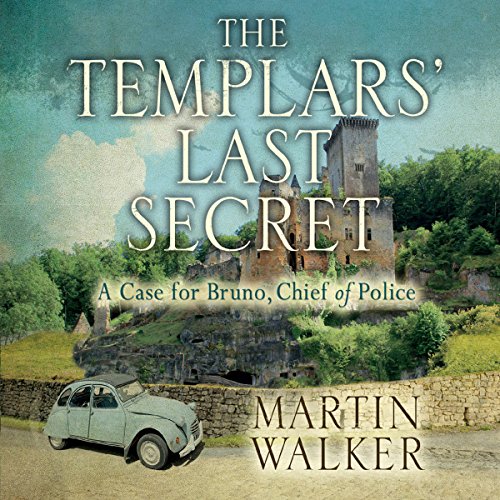 4.4 out of 5 stars
4.4 out of 5
579 global ratings
How are ratings calculated?
To calculate the overall star rating and percentage breakdown by star, we don’t use a simple average. Instead, our system considers things like how recent a review is and if the reviewer bought the item on Amazon. It also analyses reviews to verify trustworthiness.

PJS
4.0 out of 5 stars Pretty damn good!
Reviewed in Australia on 23 November 2017
Verified Purchase
#10 in the series and the now very familiar style is well handled in this instalment. A beautiful part of France, local food and cooking, local wine and drinking, local policing, local history and relics. Plus modern contemporary issues - Islam terrorists, paedophile charges from long past memories and social media. The ensemble cast around Bruno was spot on in this story, a bit more of his policeman colleague JJ and a bit less of Pamela. Old friends, a new visitor from Paris who despite her subconscious bias is romanced by the beauty of the region and becomes a supporter of Bruno’s local policing style. Guns, action, archaeology, spies, politics and the Templars. It’s got the lot! But the very best part? The final sentence of course. Worth waiting for I reckon - simple, touching and heart warming and who knows what it leads to!
Read more
Helpful
Comment Report abuse

Pauline
5.0 out of 5 stars Always interesting following Bruno
Reviewed in Australia on 22 June 2017
Verified Purchase
I enjoy the pragmatic approach to being a citizen, a policemen, a friend and a lover that is illustrated by the character Bruno. This is interwoven with history, archaeology and current world issues. I feel I am participating in a learning experience and a debate as well as being entertained.
Read more
One person found this helpful
Helpful
Comment Report abuse

Jaxson
4.0 out of 5 stars More of the same but still enjoyable
Reviewed in Australia on 13 February 2018
Verified Purchase
I have now read nearly all of the Bruno novels which I enjoy. I think the continuity of the stories, maintained by reminding readers of past episodes and the relationship sagas of Bruno move the stories along, although I can see that some might find this boring. The food and menus are an essential part of the francophil slant to Walker's writing.
Read more
Helpful
Comment Report abuse

B L Chapman
5.0 out of 5 stars Fantastic book that brings the history and legends of the famous Dordogne area to life. Highly recommended with a good glass of wine and a memorable meal.
Reviewed in Australia on 14 July 2017
Verified Purchase
A great read.
Well written with a great knowledge of the area, it's history and people.
Highly recommended to follow the great local cop Bruno.

Kindle Customer
4.0 out of 5 stars A really good read
Reviewed in Australia on 2 September 2019
The story is well worth 4 stars, but I'm still fed up with "The Brigardier". Bruno' s small town investigations are worth far more than the whizz-bangery. That said, this was better than the previous book I read.
Read more
Helpful
Comment Report abuse
See all reviews

Tibblington
3.0 out of 5 stars Disappointing after the other nine
Reviewed in the United Kingdom on 25 September 2017
Verified Purchase
Having read all of Martin Walker’s previous nine books I found this one disappointing. He has obviously done a huge amount of research and been able to include a lot of interesting historical facts but I found these distracting, I got the impression that it was “padding”. The main story, in itself had several strands which needed careful following. I have to say that I found the ending rather contrived as though the author had reached a point where he needed to close off the book and so used this ending to do it quickly.
Be careful Martin you will lose your readership; your previous nine books have been really enjoyable.

J. C. TAYLOR
5.0 out of 5 stars Another Welcome Visit to St. Denis
Reviewed in the United Kingdom on 8 July 2017
Verified Purchase
Bruno, Chief of Police in the Périgord village of St. Denis, is called into his Mayor's office to be introduced to a young woman from Paris, who, he is told, has been sent from the Ministry of Justice to accompany him throughout his working day for the next fortnight, observing him at work. He is not pleased to have her foisted on him. The body of a young woman has just been found at the base of a cliff under an old chateau, which was at one time in the hands of the Templars, although occupation of a complex of caves under the chateau goesback to prehistoric times. Who was this woman, and what was she doing there? An unfinished piece of graffiti is found on the side of the chateau, but the spray can used to write this is missing, as is whatever rope she was using to climb. It thus soon becomes apparent that she had not been alone when she fell from the cliff. Teasing things apart, this case soon takes on bigger significance. Bruno's lady from the Ministry soon becomes aware of how much Bruno works with members of his community as the people of the area are mobilised to assist him in various ways. The stakes rise throughout the story, with it becoming apparent that there is a terrorist link, but what, or who, is the target? A race against time then ensues to discover the answers before more lives are lost. As with most of Walker's Bruno series, he intermingles historical facts with the fictional present day characters, all centred on an area of France he clearly loves, and peopled with characters, at least in part, based on people he knows in real life. I have read all the books in this series, and always look forward to the next one, as one might look forward to visiting good friends. This book did not disappoint.
Read more
3 people found this helpful
Report abuse

P.D
5.0 out of 5 stars Another great book about Bruno, chief of police.
Reviewed in the United Kingdom on 7 July 2017
Verified Purchase
I have read all the Bruno books by Martin Walker & have loved everyone of them. This one did not disappoint. I like the character Bruno with his gentle but firm policing ways. He is written as a highly intelligent man who is sometimes underestimated by those who don't know him but not by those who do. His culinary skills make my mouth water as I read the books. This book is very topical having a the theme of terrorism but also the backdrop of the caves of the Perigord. I found myself having to look up Lascaux & the pictures of the cave paintings are amazing. The way Martin Walker writes about the region & the food makes me wish to visit sometime. This book didn't take me long to read as I couldn't put it down. Now longing for the next! Thank you Martin Walker for a wonderful series of books. I would recommend reading the books in order as you get to know the various returning characters & how they all relate to one another.
Read more
2 people found this helpful
Report abuse

D. Jones
2.0 out of 5 stars Nothing new or interesting here sadly
Reviewed in the United Kingdom on 23 April 2018
Verified Purchase
All the usual characters are here for another adventure where International terrorists or criminals unexpectedly develop a wicked Enterprise that depends on all of them being in a small rural area of France. In the first 200 pages there are only two notable events driving the plot and our hero Bruno spends almost all of his time cooking eating or drinking wine. Sometimes I wonder if I was reading a cookbook or an adventure story. By the time his old girlfriend had turned up from Paris as she does in every story I'd started skimming and although the climax is reasonable enough the whole thing felt like going through the numbers and the original charm of the early books was gone. If you'd like a French police story check out the novels by Martin O'Brien which are very reasonably priced on the Kindle and noticeably better plotted and written than this book.
Read more
One person found this helpful
Report abuse

Foxtrot
3.0 out of 5 stars Not as good as the early Bruno books. More cooking please!
Reviewed in the United Kingdom on 11 July 2017
Verified Purchase
I adore the Bruno books and it pains me to have to write anything less than a glowing review. Sadly, I didn't feel this was one of the best books. A little too much of the Tom Clancy and not enough of the Peter Mayle. I missed the details of Bruno's idyllic lifestyle, his cooking and his complicated love life. All this has given way to high action terrorist plots that stretch the credibility a touch too far. In my opinion, Bruno was at his best thwarting truffle counterfeiters and solving slightly more mundane/parochial crimes.
Read more
3 people found this helpful
Report abuse
See all reviews
Get FREE delivery with Amazon Prime
Prime members enjoy FREE Delivery and exclusive access to movies, TV shows, music, Kindle e-books, Twitch Prime, and more.
> Get Started
Back to top
Get to Know Us
Make Money with Us
Let Us Help You
And don't forget:
© 1996-2020, Amazon.com, Inc. or its affiliates