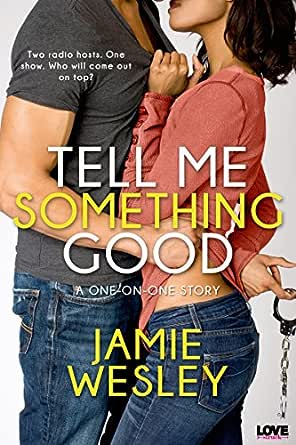 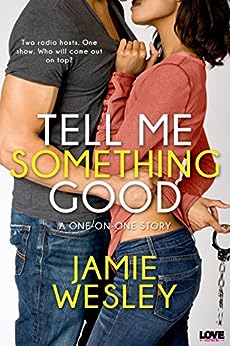 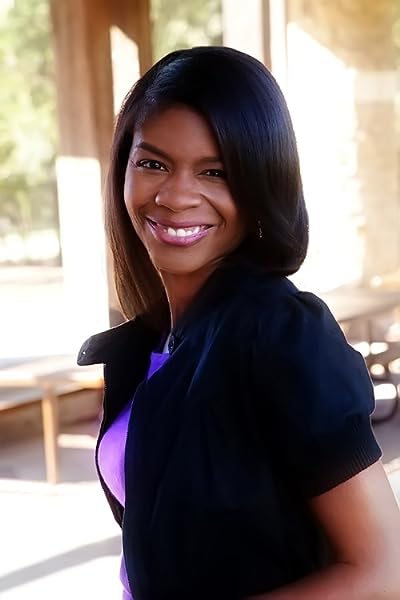 Tell Me Something Good (One on One Book 1) Kindle Edition

Two radio show hosts. One show. Who will come out on top?

In a moment of restlessness, Tate Grayson sold his multimillion-dollar company and spun his love of sports into a radio talk show. Life, and love, is too short to take seriously—a fact he enjoys rubbing in uptight radio host Noelle Butler’s face.

After the death of her parents, a tragedy she blamed on herself, Noelle vowed to live a controlled, focused life. Now a psychologist, she channels her need for connection into her radio show. But when the arrogant sportscaster next door tells listeners men shouldn’t get married, she’s all too happy to yank the silver spoon out of his overprivileged mouth.

Their heated on-air arguments are a hit, but when the station director forces them to do a joint show for two weeks, Tate and Noelle object. They can’t stand each other, despite the attraction sizzling beneath every interaction. But if they can’t pull the struggling radio station back from the brink, they’ll lose their jobs. Or worse, their hearts.

Jamie Wesley has been reading romance novels since the age of twelve when her mother accidentally left one on her nightstand. The rest is history. When not writing, she's either reading, watching television, or planning her next trip to Disney World. She currently resides in Dallas, Texas.

Zuzu Robinson found her way to the audiobook narration world after majoring in international studies with a minor in Spanish and French at SUNY. She went on to teach French and Spanish to at-risk youth at a middle school, where a parent of one of her students, a part-time sound engineer, discovered her vocal talents during the annual teachers' talent show where she performed a dramatic reading of one of her favorite short stories.

kirribilligirl
TOP 500 REVIEWER
4.0 out of 5 stars Wicked & witty banter and a delicious dollop of romance.
8 March 2015
Format: Kindle EditionVerified Purchase
Noelle and Tate are the true opposite attract & so on the surface very disdainful of each other but their banter suggests a simmering sexual tension. Circumstances throw the together and the characters and romance develop. It's a fun romantic read and I will watch out for more Jamie Wesley books.
Read more
One person found this helpful
Helpful
Comment Report abuse
See all 1 customer reviews
Write a customer review

Tbascoebuzz
2.0 out of 5 stars Predictably sweet.....
18 November 2015 - Published on Amazon.com
Format: Kindle EditionVerified Purchase
This was a sweet romantic plot of a genuinely kind and caring radio psychologist who takes her work very seriously. Dr. Noelle Butler (I'm groping in the dark for her age..), is always prepared, organized and focused. She loves helping her listeners rediscover the joy in their lives....it defines who she is. But Noelle isn't happy with her own personal life. She's had many hardships and suffers from guilt from the loss of both her parents. With long black hair and smokey grey eyes, she's quite pretty with a slim, sexy librarian look. And if there's anyone more annoying in her life...anyone who can get on her last nerve, it's Tate Grayson.

Tate Grayson isn't a relationship kind'a guy. He likes things free and easy so he can "play the field". He's a first class player who doesn't believe in love or happily ever after...it doesn't exist. Tate is a very handsome, charming, arrogant, testosterone menace with dark hair, a devilish smile and amber eyes. He has chestnut colored skin. (Does anyone know what "chestnut skin" is? Does it mean he's mulatto or black? Or dark Hispanic?!?... Or does it mean he simply has a dark tan??). I spent the majority of this story with question marks floating around in my head wondering what chestnut skin is, [among other descriptions in this story]. Anyway, Tate is a popular talk radio sports show host. And if there's one person who drives him insane (and not in a good way), it's stiff, sexy, never smiling, prim/proper Dr. Noelle Butler.

This story wasn't anything original. It's a cute cat & mouse chase with sparks flying between a young woman of undisclosed age, who believes in love and happily ever after and a cynical player who... doesn't. There's no adult language which was refreshing, but not believable with a man who's described as a "player" and lives and breathes sports. I didn't like Tate because he's an arrogant, self-centered, smirking jerk...but then I began to like him because he showed warmth and emotion...he showed he was capable of caring about others; and we're given a tender side to him --- then I was back to not liking him again because he was a coward living in his own pity party which only made me roll my eyes and think "grow up". He became annoying. I loved Noelle...but what's not to love? She's smart and independent...she has a sassy, strong character.

The whole, entire story dwells on Tate's disbelief in love and "happily ever after" and his cynical attitude towards marriage. This author does a good job of enforcing and reenforcing to the reader that Tate is convinced true love doesn't exist...yet funny thing...the moment his parents apologize to him for causing this way of thinking....the moment they take the blame for his damage...well PRESTO!...he's miraculously changed and his resentment suddenly disappears. <shaking my head> In one brief paragraph, he's changed. A new man! This is my first time reading this author and based on this work, I doubt I'll pick up anything else written by her. This story was cute, but because I never connected to the characters, it was easy to put down. What should've taken me a few hours to read, ended up taking me three days. I guess I like something more edgy and adult...and believable.

Roben
5.0 out of 5 stars A triple S: sweet, sassy, sexy
13 August 2014 - Published on Amazon.com
Format: Kindle EditionVerified Purchase
I purchased this book a little more than 24 hours ago and read it straight through. I adore contemporary romance and this one did not disappoint. In fact, I liked the hero and heroine equally, which is often not the case. The way they bounced their individual sassiness off each other, advancing, retreating, advancing again made for a fabulous opposites attract story. It had that feeling of the old TV show, Moonlighting. When their bet was placed, I was torn, wanting both to win. I loved how the author handled that aspect, and the way she gently folded in backstory for both characters making their present day journey highly believable. Excellent writing. This is an author I will gladly read again.
Read more
13 people found this helpful

Jessica G
5.0 out of 5 stars I love Tate
25 August 2018 - Published on Amazon.com
Format: Kindle EditionVerified Purchase
At first I was very hesitant to get this book, since I didn't know how I felt about this book and if I would enjoy this book. But I'm very happy with my purchase, and this book was amazing and I absolutely love it.

Noelle is the way she is because of her dead parents, they were such a wonderful influence on her that she wants the same type of relationship they have. I mean what woman or man don't want someone to love and cherish them, the same way they would do for their partner.

While Tate is very different, he dealt with is parents divorcing one another, marrying other people multiple time that he doesn't believe in love. And much to his annoyance they decided that they do belong to one another and decides to get remarried.

Noelle talk show is about relationships while Tate's is about sports, two things they feel like should not go together, since both of them see no point in one another main topic. But that all changes when their boss makes them do a talk show together for a couple of weeks. At first they're extremely against it, but as the show gets moving so do the feeling for one another.

I love this book, I love the fact that even though Tate is so against marriage and relationship he can't help how he feels for Noelle. But this doesn't excuse him for the things he say and do to her, but how he wins her back is so awe moment that you can't help but love him.

I believe Jamie Wesley did a fabulous job in building Tate character. You want to hate him but once you get down to the gritty details of why he is the way he is you cannot help but love him.

I recommend everyone t read this book you will fall in love with the characters faster then you think.
Read more
One person found this helpful

Ellen Oceanside
5.0 out of 5 stars WINNERS ON THE RADIO AND LIFE
3 August 2018 - Published on Amazon.com
Format: Kindle EditionVerified Purchase
Tate being stuck in traffic, and hearing a radio talk show announcer say that sports weren’t that important..Calls in and tells Noelle that sports, teach them leadership, teamwork, discipline. Noelle, saying not everybody lives and breathes sports, and she hangs up .Then she calls in,one of her shows is also on relationships, which he was talking about. Tate saying no one in sports should get married, and give up all that freedom. Love doesn’t have anything to do with it, and he hangs up. Manager of the station couldn’t believe these two,but Facebook showed people loved their squabbling. Answer was for them to cohost a show. Nothing like airing your views and parents listening in. Would this help Tate, change his outlook on love, and realize how important it was. A definite winner, of a story to enjoy, good plot. And of how they could both be winners on the radio and in life.
Read more
One person found this helpful
Go to Amazon.com to see all 112 reviews 4.2 out of 5 stars
Get FREE delivery with Amazon Prime
Prime members enjoy FREE Delivery and exclusive access to movies, TV shows, music, Kindle e-books, Twitch Prime, and more.
> Get Started
Back to top
Get to Know Us
Make Money with Us
Let Us Help You
And don't forget:
© 1996-2020, Amazon.com, Inc. or its affiliates