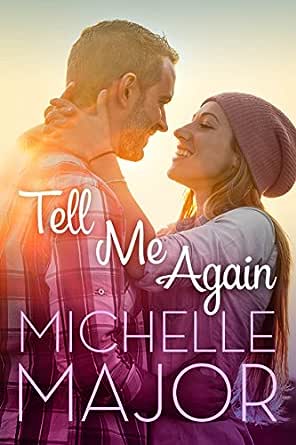 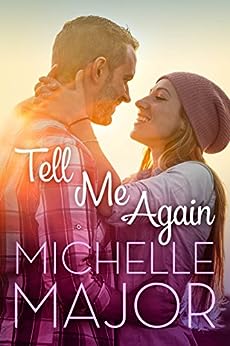 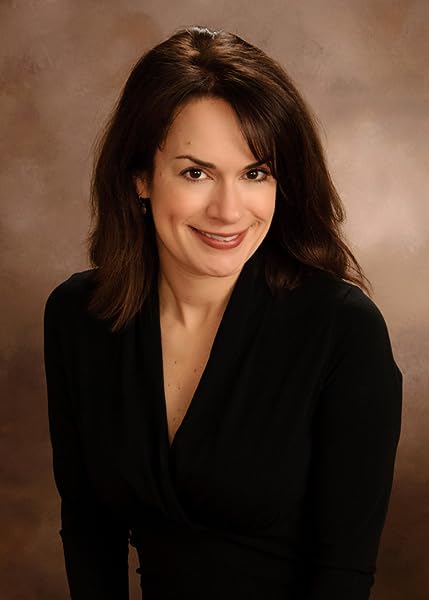 Michelle Major is the bestselling, award-winning author of more than ten sexy and sweet contemporary romances, including Recipe for Kisses and Kissing Mr. Right. She loves second-chance love stories, smart heroines, and strong heroes. A midwesterner at heart, she's made the Rocky Mountains her home for more than twenty years and is thrilled to share her books with readers. Connect with her at www.michellemajor.com or on Facebook and Twitter (@michelle_major1). --This text refers to the audioCD edition.

4.5 out of 5 stars
4.5 out of 5
18 global customer ratings
How does Amazon calculate star ratings?
Amazon calculates a product’s star ratings using a machine learned model instead of a raw data average. The machine learned model takes into account factors including: the age of a review, helpfulness votes by customers and whether the reviews are from verified purchases.

Suze Lavender
TOP 50 REVIEWER
5.0 out of 5 stars Great romantic story
Reviewed in Australia on 20 November 2017
Sam used to work as a model. She and her identical twin sister Bryce started doing this when they were teenagers. While Sam used her career to escape her alcoholic mother and the hometown where nothing good would ever happen to her Bryce stayed behind. Bryce was reckless and things didn't end well for her. Sam still feels guilty about abandoning her sister. She also abandoned Trevor, the boy she loved. She wanted him to come with her and he wanted her to stay. By leaving she broke Trevor's heart and he ended up in Bryce's arms.

Sam didn't think she'd ever see Trevor again, but when a girl in her early teen shows up on her doorstep she knows she can't let him walk out of her life again. Bryce and Trevor had a daughter and Sam didn't know, they never told her. Trevor doesn't want to have anything to do with Sam, because of their past and all of the hurt that was involved with it. However, he can't seem to stay away and his daughter wants to get to know her aunt. Maybe it's time to talk about what happened and work things out between them. Will Trevor and Sam have a second chance or is it better for them to stay out of each other's lives?

Tell Me Again is an emotional love story. Sam wanted to leave the awful life she had behind and her modeling career gave her a chance. She's a woman with a big heart and wanted to take her loved ones with her, but they refused and she went anyway. I felt sad for her because of everything that happened afterwards. She only knew part of Bryce's history and I couldn't believe how badly her sister betrayed her. Sam has a kind, forgiving nature and I admired the way she handles things. She's kind to Grace and will do anything for the niece she's only just met. At first Trevor doesn't want to give this special woman a chance, but when he spends more time with her he eventually sees the good in her as well. I kept hoping he'd open up more and be a little less guarded, so he'd treat her in a nicer way and couldn't turn the pages quickly enough to see where their story would lead.

Michelle Major has an easy flowing writing style. She writes about both love and friendship in a great vivid way. I liked the way she portrays her characters by giving them all sorts of interesting personality traits. They aren't perfect and that's exactly what makes them fascinating. Tell Me Again is a story about difficult decisions, family bonds and true love. It's a book about complex relationships, forgiveness and giving someone you love another chance. I really enjoyed reading this terrific romantic story.

lesliephompong
3.0 out of 5 stars Tell me again
Reviewed in the United States on 6 May 2017
Verified Purchase
This is the second book I have read by this author. It is a good read. The lead man is a little annoying.
The thing I disliked the most is that the author changed the names of Ben Haddox niece and nephew from the second book! ! !

Jane Jones
5.0 out of 5 stars Tell Me Again
Reviewed in the United States on 27 January 2017
Verified Purchase
I want to thank Michelle Major, author and Goodreads First Reads Giveaway for my eBook copy of Tell Me Again that I won in the Giveaway.

Trevor Kincaid and Samantha Carlton grew up in a small town before she left to become one of the most sought after supermodels in the world. Sam left not just Trevor but her twin sister, Bryce too.

Tell Me Again starts when Samantha comes home to find a thirteen year old version of herself in her home and finds out that Bryce had a daughter, Grace before she died. The second shock comes when she finds out that Trevor is Grace's father.

The story is a second chance story with the added dynamics of the connection of twins in a dysfunctional relationship, the fall-out of being a public figure and the personal growth of love and support of a new family of Samantha, Trevor and Grace. It is an emotional romance with lots of ups and downs in a roller coaster ride to finding solutions to make a new family.
Read more
One person found this helpful
Helpful
Sending feedback...
Thank you for your feedback.
Sorry, we failed to record your vote. Please try again
Report abuse

Esther Sizemore
4.0 out of 5 stars Mistakes are distracting to the story
Reviewed in the United States on 7 January 2019
Verified Purchase
The author apparently forgot the names of the kids in the previous book in the series, and it was distracting and irritating to see that Zach and Abby (Ben's nephew and niece in the previous book in the series) were suddenly renamed to Austin and Claire. I like reading books that are part of a series so I can see the characters from new points of view, but when the misprint is so severe that I catch it, it detracts from my enjoyment of the book.
Otherwise, I still enjoyed the story of Sam and Trevor and Grace.
Read more
Helpful
Sending feedback...
Thank you for your feedback.
Sorry, we failed to record your vote. Please try again
Report abuse

Jennie Marts
5.0 out of 5 stars Humorous & Heartwarming! Loved it!
Reviewed in the United States on 20 October 2016
Verified Purchase
I just finished this one and I loved it! This book is second chance romance at it's best--it's both humorous and heartwarming and I couldn't put it down. I really enjoy Michelle Major's writings and Tell Me Again was no exception! It was so good. It's a funny and sweet second-chance love story with some great emotional depth to the characters. Sam and Trevor had great chemistry, and I was immediately pulled into rooting for them and their love story. The supporting cast added to the mix and I already can't wait for Jenny and Owen's book to come out! I received an Advanced Readers copy in exchange for an honest review
Read more
One person found this helpful
Helpful
Sending feedback...
Thank you for your feedback.
Sorry, we failed to record your vote. Please try again
Report abuse

nikki
4.0 out of 5 stars Good book, worth reading again.
Reviewed in the United States on 24 October 2016
Verified Purchase
I like this book. The storyline and characters are great. It's one I'll definitely read again. There is some language that I don't care for and there are sex scenes, though they're not very descriptive, which is good because I don't care for those either.
Read more
3 people found this helpful
Helpful
Sending feedback...
Thank you for your feedback.
Sorry, we failed to record your vote. Please try again
Report abuse
See all reviews
Get FREE delivery with Amazon Prime
Prime members enjoy FREE Delivery and exclusive access to movies, TV shows, music, Kindle e-books, Twitch Prime, and more.
> Get Started
Back to top
Get to Know Us
Make Money with Us
Let Us Help You
And don't forget:
© 1996-2020, Amazon.com, Inc. or its affiliates