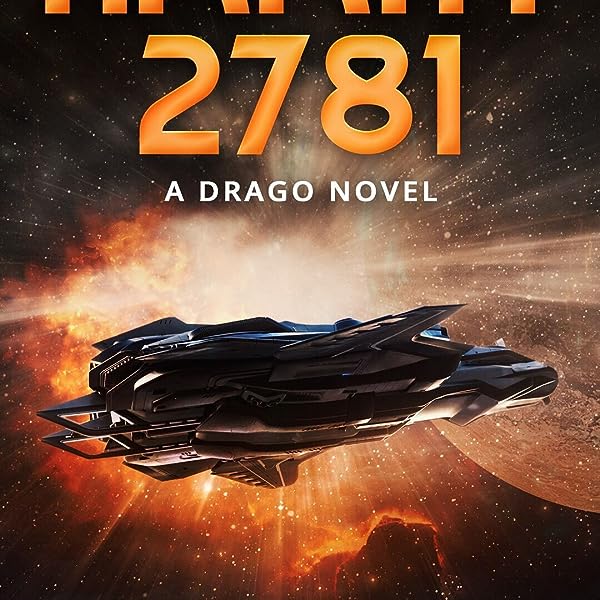 by Janet Edwards (Author)
4.5 out of 5 stars 218 ratings
See all formats and editions
Sorry, there was a problem loading this page. Try again.

Amber is one of over a million eighteen-year-olds in one of the great hive cities of twenty-sixth century Earth. She’s about to enter the Lottery of 2532, which will assess her abilities and decide her hive level, her profession, her whole future life. Amber’s dream is to be level 10 or above, her nightmare is to be a level 99 worker in the depths of the hive. When Lottery discovers Amber is a rare and precious telepath, she must adapt to a new life protecting the people of the crowded hive city. Her job is hunting down criminals before they commit their crimes, but she doesn’t know she’s being hunted herself.
Read more
Previous page
Next page

Janet Edwards lives in England and writes science fiction. As a child, she read everything she could get her hands on, including a huge amount of science fiction and fantasy. She studied Maths at Oxford, and went on to suffer years of writing unbearably complicated technical documents before deciding to write something that was fun for a change. She has a husband, a son, a lot of books, and an aversion to housework. Find out more at Janet's website. www.janetedwards.com
Start reading Telepath (Hive Mind Book 1) on your Kindle in under a minute.

Make sure you don't miss the next book by signing up to get email release alerts at https://janetedwards.com/newsletter/

Ten title for 2014, and awarded starred reviews by Kirkus and Booklist.

4.5 out of 5 stars
4.5 out of 5
218 global ratings
How are ratings calculated?
To calculate the overall star rating and percentage breakdown by star, we don’t use a simple average. Instead, our system considers things like how recent a review is and if the reviewer bought the item on Amazon. It also analyses reviews to verify trustworthiness.

Joric
5.0 out of 5 stars Interesting concept
Reviewed in Australia on 5 October 2020
Verified Purchase
Futuristic SF with life in a huge underground hive, where at age 18, all are sorted into their future life paths. Our young protagonist, Amber, finds she is one of the very rare telepaths who are tasked to head security for the megopolis. Probably written for teens, but still entertaining to this old guy. No explicit sex, but there are sequels!
Read more
Helpful
Report abuse

HR
5.0 out of 5 stars Can't get it out of my head
Reviewed in Australia on 10 June 2017
Verified Purchase
I've been reading Janet Edwards' books for a few years now and they just keep getting better. Now Telepath has become a hands-down favourite. I'm reading it for the third time in as many months. No pun intended, but I can't get the story out of my head and am waiting with anticipation for the second installment of the Hive Mind series.
Well done Ms Edwards. You've well and truly hooked me and my imagination.
Read more
Helpful
Report abuse

Matt
5.0 out of 5 stars Great new futuristic novel
Reviewed in Australia on 11 December 2021
Verified Purchase
I found this book to be an original concept and well told story. It’s set in an interesting world, with the main character being a young woman in a unique situation. She is very relatable - not perfect, but likeable.
Read more
Helpful
Report abuse

Fitchycliffe
5.0 out of 5 stars Wow!!!
Reviewed in Australia on 7 April 2021
Verified Purchase
Bought the book yesterday and finished it today. Couldn't put it down. Just downloaded the remaining books in the series. Can't wait to finish work so I can start reading
Read more
Helpful
Report abuse

Amazon Customer
5.0 out of 5 stars awesome
Reviewed in Australia on 30 December 2018
Verified Purchase
A new telepath begins her job, loved the story but felt she could have found her place a little quicker.Will definitely read sequels
Read more
Helpful
Report abuse
See all reviews

Kt
5.0 out of 5 stars Really enjoyable series
Reviewed in the United Kingdom on 4 April 2020
Verified Purchase
I’ve now read the whole series so far (4 books and a prequel) and I’ve really enjoyed them all. Amber is entirely likeable, very unlike most of the heroines of this genre who tend to be brats (or as they describe it, “sassy” or “with attitude”). That doesn’t make Amber a pushover, nor does it make her perfect, but she is empathic, compassionate and thoughtful - and genuinely sorry if she brings trouble to anyone.

I’ll not plot spoil any more than the blurb above does, but each book is set in the months after Amber is discovered to be a telepath, and in each we (and Amber) find out more about life as a telepath and the society Amber lives in. Amber has a law-enforcement role which gives a natural plot to each book as she and her team investigate different cases.

I’m really keen to find out more about Amber and the world she lives in - more books please Janet!
Read more
One person found this helpful
Report abuse

Anna
3.0 out of 5 stars It was ok...
Reviewed in the United Kingdom on 25 November 2020
Verified Purchase
I couldn’t quite decide to give this three or four stars, the plot itself was good and had enough action, drama and romance to keep me mildly interested throughout.

However, it didn’t feel quite as easy and enjoyable to read as some other books I’ve read recently. I felt the inner monologues of the main character were rather dull at times and repetitive, I understand she’s a teenage girl though and maybe I’ve just grown out of that kind of mindset. The romantic relationship between the main character and her love interest wasn’t quite believable at times, it felt forced and rushed. The side/support characters had so much potential and I wish they were explored more rather than briefly mentioned every now and then.

In conclusion, I read the whole book to the end and it was ok but it didn’t interest me enough to continue the series.
Read more
Report abuse

D Wood
5.0 out of 5 stars Hive city telepath
Reviewed in the United Kingdom on 29 November 2020
Verified Purchase
Its not easy to write about a young telepath, to get into their mind and think as they would but Janet Edwards does a great job in doing just that. It must be even harder for a teenage girl to suddenly find out she is a powerful telepath who is essential to the safe functioning of the huge underground hive city she lives in. A city which she and millions of its inhabitants had been led to believe was perfectly safe but which she discovers has many secrets and hidden dangers. Janet Edwards does a wonderful job of world building and depicts Amber as a very likable, somewhat naive but intelligent heroine who has to mature very quickly to cope with her new role in life. I enjoyed this as much a I enjoyed the wonderful Earth Girl series, which I recommend as much as I recommend this.
Read more
Report abuse

User_061
5.0 out of 5 stars A book you can read over and over again
Reviewed in the United Kingdom on 26 June 2019
Verified Purchase
This is one of my favourite books, and I have read it multiple times. The world-building is thorough and convincing, the protagonist is feisty and endearing, and I loved watching her grow into her role. Ugly duckling stories where the main character is a special snowflake revealed as a swan can be hard to do right (so many authors make such a mess of them) but I thought this managed very well. The heroine is imperfect, but trying to do her best. I like the way the telepathy is done too, with the different levels of people's minds whirling away - another thing this book gets right. Interesting characters, fun interactions, and the series only gets better...
Read more
One person found this helpful
Report abuse

sjhigbee
5.0 out of 5 stars Exciting and readable start to a new sci fi series
Reviewed in the United Kingdom on 13 August 2016
Verified Purchase
Amber is every bit as enjoyable and sympathetic as Earth Girl Jarra, the protagonist in Edwards' other successful series – but I found her key position at the top of the pile even more credible. Telepaths provide a vital function in sensing lawbreakers – preferably before they commit crimes – and then their teams spring into action to scoop up the criminals. But these crack teams are a very well-kept secret and even her parents do not know what she does – only that she is a Level 1, living in luxury they can only guess at. Her warm, approachable first person voice means she avoids any hint of smugness and her chatty style gives us all sorts of important details about the world, without lapsing into ‘tell’ mode. It’s harder to pull off than Edwards makes it look.

Amber is supported by a team, which I enjoyed getting to know as we follow the tense action while they attempt to prevent a variety of crimes, producing plenty of page-turning excitement. Another strength in this entertaining read is the pacing. From following Amber as she goes through the barrage of tests she experiences to discover how she will spend the rest of her life, we then are immersed in her training programme, followed by the action of real crime-fighting. Which is when a major wrinkle occurs… I’ve no intention of venturing into Spoiler territory to reveal the major plot twist in the book. I loved this – not only does it satisfactorily raise the stakes and hooked me into reading faaar later than I should, given I was in major granny mode – but it reveals yet another layer of this far future world. It’s very nicely done.

The climax wraps up the action, though there is a dangling plotpoint which I’m looking forward to seeing addressed in the next book. All in all – another cracking read and the start of an exciting series from a writer who continues to produce thought-provoking and entertaining worlds.
Read more
2 people found this helpful
Report abuse
See all reviews
Back to top
Get to Know Us
Make Money with Us
Let Us Help You
And don't forget:
© 1996-2022, Amazon.com, Inc. or its affiliates