A Teaspoon of Trouble (The Bachelor Bake-Off Book 1) and over 1.5 million other books are available for Amazon Kindle . Learn more
Share <Embed> 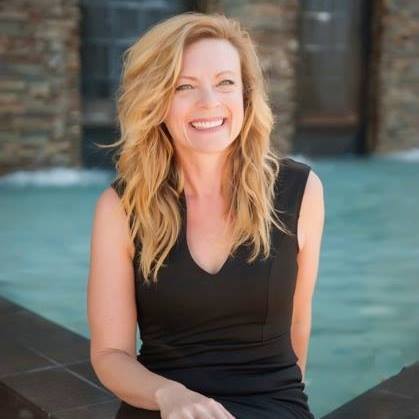 A Teaspoon of Trouble Paperback – 7 February 2017

Page 1 of 1 Start overPage 1 of 1
Previous page
Next page
Start reading A Teaspoon of Trouble (The Bachelor Bake-Off Book 1) on your Kindle in under a minute.

4.1 out of 5 stars
4.1 out of 5
142 global ratings
How are ratings calculated?
To calculate the overall star rating and percentage breakdown by star, we don’t use a simple average. Instead, our system considers things like how recent a review is and if the reviewer bought the item on Amazon. It also analyses reviews to verify trustworthiness.

PeleGirl
4.0 out of 5 stars A Teaspoon of Trouble
Reviewed in Australia on 12 February 2017
A sweet light hearted romance.

Carolyn and Matt dated in high school, but once they graduated, Carolyn left Marietta and never looked back. She had bigger plans and her little hometown just couldn't fill them. She had been living her life in New York City for the last ten years and working as a sous chef.

Carolyn is back in Marietta temporarily with her niece Emma who she was given guardianship after he sister and husband were killed in a car accident. Carolyn doesn't know anything about raising children. Emma also has a dog, Roscoe and she can't bear to part with. Roscoe is in serious need of training. When he ends up sick, Carolyn takes him to the vet and to her surprise, the vet is no other than her high school boyfriend, Matt.

Matt was surprised to see Carolyn in his clinic. He never forgot her and now that she was back in town, he will do anything to convince her to stay. When Carolyn finds out Matt has signed up for the Bachelor Bake-Off and doesn’t know how to cook, she offers to teach him in exchange for obedience training for Roscoe. They soon find themselves rekindling what they once had. But Carolyn insists she is heading back to New York soon, so they can't get to serious. How will Matt convince Carolyn to stay in Marietta and give their relationship a second chance?

This was a really sweet story and a wonderful start to a new series. It is a well written and enjoyable novella. Sometimes I find novellas can feel a bit rushed, but this one has enough details to make a great story without anything feeling like it was left out. It is a perfect book for when you don't have a lot of time, but want a fulfilling story.

Kerry Croucier
4.0 out of 5 stars A Teaspoon of Trouble for One Bachelor
Reviewed in Australia on 25 February 2017
Carolyn Henderson never wanted to come back to Marietta. She never felt she fit into her hometown, and she had big plans. She broke it off with her boyfriend and left town. Ten years later, she can't think of anywhere else to go to figure out what to do next. Her sister and brother-in-law were killed in an accident, leaving Carolyn guardian of her 4-year-old niece, Emma, and Roscoe, her dog. A successful chef in New York City, Carolyn is poised to take over as head chef. She has a small apartment she rarely sees and has had no thoughts of having a family. Her life is definitely not conducive to being a single parent.
Carolyn's ex, Matthew West never thought of living anywhere but Marietta. A small animal vet, he is shocked when Carolyn shows up with a dog and a 4-year-old. She obviously needs help training the puppy, and he needs someone to teach him to bake, as he has been entered in Marietta's first Bachelor Bake Off, organized to raise funds for Harry's House, a place for kids to go hang out, in honor of Harry Monroe, a firefighter recently killed in an accident.
Carolyn had planned to bring Emma to Marietta and get her settled with her parents (Emma's Grandparents) and head back to New York. She soon realizes that isn't an option, her parents aren't up for dealing with a child and a dog. As the family figures out how to deal with their grief and Carolyn tries to figure out how to connect with Emma, Matthew and Carolyn slowly start to rebuild a friendship, and Carolyn has to decide if her dreams have changed.
As I read this, Carolyn was a little selfish and didn't seem to try. She also spent a lot time trying to convince herself that New York was where she belonged.
I did end up enjoying the story, as these two characters had to learn from their past mistakes and open themselves up to a future... This was a good beginning to the Bachelor Bake-Off series, and I am definitely interested in seeing who is next and who wins the whole thing!
**I received an advanced copy from the Publisher via NetGalley. My review is voluntary.
Read more
Helpful
Report abuse

JBoehmke
5.0 out of 5 stars Teaspoon of Trouble
Reviewed in Australia on 22 February 2017
This was a very emotional story. Carolyn is a chef who goes to her parents' house in Marietta to try to reorganize her life when she gets custody of her neice after her sister's death. She runs into Matt, her high school boyfriend, and things get complicated. Carolyn needs help with her neice's dog, and Matt needs help with his baking skills for the charity bake off contest.
I loved all of the characters so much. Carolyn's fear of failure, of change, of messing things up for Emma felt very real. Matt balanced her out very nicely, even though she was determined to stay the course and move back to New York.
I enjoyed this story so much. I'm hoping we get some glimpses into their future in other stories.
Read more
Helpful
Report abuse

Debbie
5.0 out of 5 stars A Teaspoon of Trouble
Reviewed in Australia on 31 March 2017
The Bachelor Bake-Off series kicks off with Shirley Jump's A Teaspoon of Trouble. One of my favorites to read is a second chance romance. A family tragedy has New York chef Carolyn returning to Marietta. She becomes guardian to her niece and her niece's dog. Throw in a run in with her high school boyfriend, Matt, and pages can't help but turn.

I loved the exchanges between Carolyn and Matt. A Teaspoon of Trouble is a wonderful start of the Bachelor Bake-Off series. I'm hoping for more sweet, engaging reads with this new series.
Read more
Helpful
Report abuse

Shelagh
TOP 500 REVIEWER
4.0 out of 5 stars A lovely sweet romance
Reviewed in Australia on 10 February 2017
A Teaspoon Of Trouble, the first story in the Bachelor Bake-Off series, is a lovely sweet romance featuring among other things an untrained puppy and a very sad little girl.
I liked all the characters in this story. I felt so sorry for Carolyn and her family as they adjusted to life without her sister. I particularly felt for Carolyn who was faced with tough decisions around her career and her niece, though Matt is a great foil for her and perfectly suited to helping resolve her issues.
This is a gently paced book dealing with some really difficult issues including death and grief and I thought author Shirley Jump handled them well. Despite the gentle pace, which was entirely appropriate for the subject matter, the story doesn't fad e away. I was constantly wondering what would come next, and really what more could you ask for?
Read more
Helpful
Report abuse
See all reviews

Ferbooks
5.0 out of 5 stars A lovely emotional story
Reviewed in the United Kingdom on 27 February 2020
Verified Purchase
This story highlights life in a small town. Carolyn lost her sister and brother in law suddenly and she was left as the guardian to her daughter. She finding it difficult to accept and with her new responsibilities of being a mum and she needed to make a decision about where to live. Should she fullfill her ambition to become head chef in a big city, stay in the small town she ran away from ten years ago where she will have to deal with Matt, the man she loved and ran from, and her parents thet she didn't stay close to while she pursue her career. Will Carolyn do? stay to get the sypport of her mum and dad, sort out her feelings for Matt, accept her new mum role. Decisions, decisions. Read to find out. It was a good read.
Read more
Report abuse

L beaver
3.0 out of 5 stars Okay read
Reviewed in the United Kingdom on 23 May 2018
Verified Purchase
After the death of her sister Carolyn finds she is now the guardian to her four year old niece. She hasn't a clue what to do, her job is in New York as a chef and looking after a little girl doesn't fit in especially as she has a puppy. She returns to her parents to sort things out and meets Matt the man she loved ten years ago. They still have a connection but Carolyn has no idea what to do.
Read more
One person found this helpful
Report abuse

Amazon Customer
3.0 out of 5 stars Ok
Reviewed in the United Kingdom on 8 May 2018
Verified Purchase
A nice easy ok little story . So dogs my favourite creatures an nice little romance along the way made an easy pleasant read
Read more
One person found this helpful
Report abuse

bookworm
5.0 out of 5 stars Romantic
Reviewed in the United Kingdom on 29 June 2018
Verified Purchase
Enjoyed this book very much romantic story switches between happy and sad. Brought tears to my eyes as well. Great.
Read more
Report abuse

MRS DOROTHY DAVIES
4.0 out of 5 stars Four Stars
Reviewed in the United Kingdom on 26 July 2018
Verified Purchase
liked it
Read more
Report abuse
See all reviews
Get FREE delivery with Amazon Prime
Prime members enjoy FREE Delivery and exclusive access to movies, TV shows, music, Kindle e-books, Twitch Prime, and more.
> Get Started
Back to top
Get to Know Us
Make Money with Us
Let Us Help You
And don't forget:
© 1996-2020, Amazon.com, Inc. or its affiliates