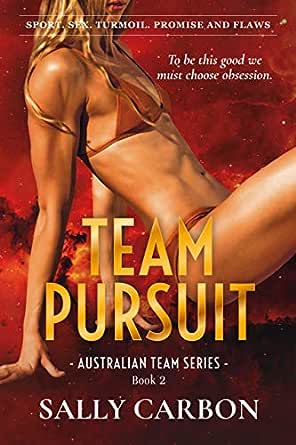 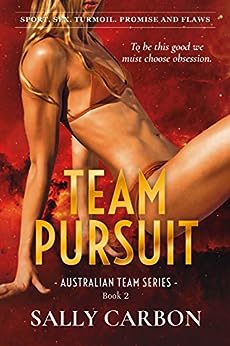 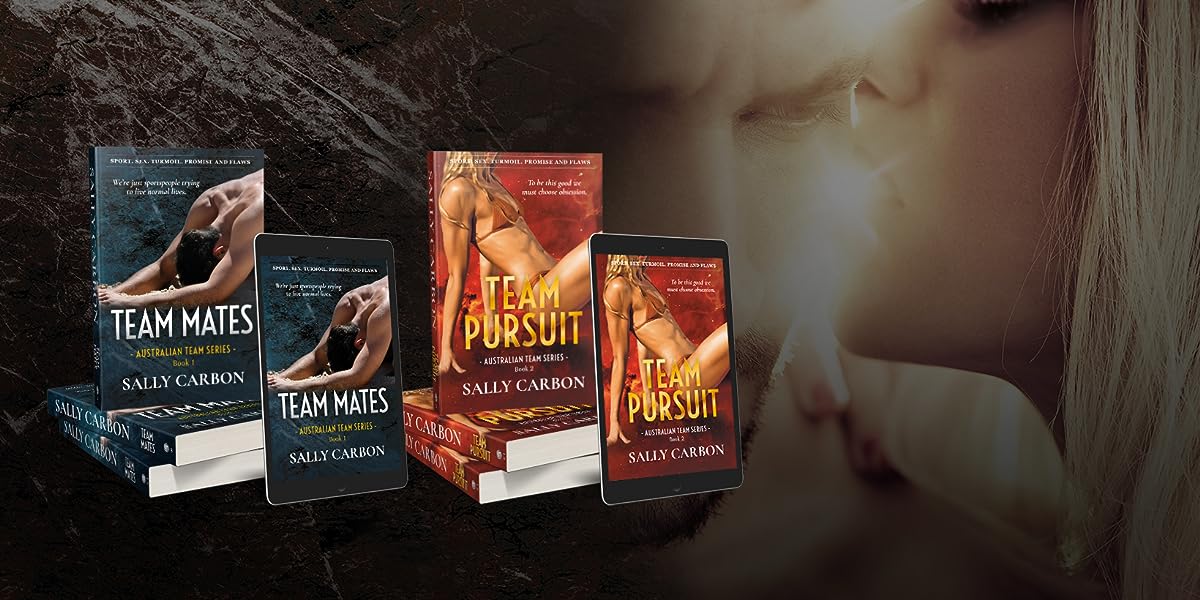 “You are a dead set inspiration. Yet you disturb me in the same way you enchant me. We’re existing this right side of wrong. But it’s no wonder we’re diving in the deep end, because that is where success lives. You’ve sucked me in to your extraordinary world.”
Jerome Kremers, captain, Wests Football Club.

Six-foot Australian ironwoman Chelsea Leigh can hold the country in a full press way above her head. Sporting a high IQ and a steely work ethic, she’s been raised by male lifesavers whose lives are girt by Australia’s glorious seas.

Now Jerome Kremers, a titan of Australian sport, wants to win her as much as he wants to win the premiership. And he’ll use all his impressive might to do it. The ironclad tower of athletic muscle is an explosive, formidable opponent. Victory is everything to him, and he’ll fight through every challenge to achieve it, annihilating the line between success and self-destruction.

TEAM PURSUIT is the second book in the edgy and contemporary Australian Team Series by real sportsperson Sally Carbon, which started with TEAM MATES. Here, she pushes the boundaries and elevates the superstar female athlete into a mutually supportive role, rarely witnessed in traditional romance storylines. Her unique characters furiously refute judgement from any outside force—but could that prove a flaw? How long can these athletes stay on the right side of wrong?

Sally Carbon lives in Perth, Western Australia, with her sport-coaching husband and three young adult offspring. She enjoyed her journey through high-performing international sport and is now travelling through the equally intense and ruthless life of a company director and corporate advisor. Find out more about her story, and the full Australian Team Series, at www.sallycarbon.com.au

Carbon’s writing is just so good—there’s an energy and flair in her storytelling that makes “Team Pursuit” an electric and fascinating read. Kremers and Leigh are beautifully crafted characters, and Carbon expertly draws the reader into their passionate (in more ways than one) relationship.

As an ARC reader I received this book for free. And promised an honest review. Here it is; unfortunately a bit later than planned.

In general: Romance between topsporters, book 02.

This book 02 has the same main characters as ‘Team Mates’, book 01 of the Australian Team Series: the Australian football player Jerome ‘Creeps’ Kremer and the triathlon athlete/swimmer Chelsea Leigh. Both famous and very ambitious. Same complications as in book 01. They want a relationship but their ambitions make that a problem. Many trainings weeks and months in different places, a lot of traveling to games and tournaments; for Chelsea even a film project in a foreign country. And both get a lot of - sometimes too sensational or false - attention in the media.
But they grow older and (a bit) wiser. Creeps now is the permanent captain of his team. And his self-confidence (and ambition) is growing and Chelsea’s personality becomes more mature. So this book 02 contains less reportages of sports events and more about the ups and downs in their relationship and the development of their personalities.
But the author, Sally Carbon, describes this last mentioned item not quite credible for me. The ‘ups’ and especially the ‘downs’ of Creeps are a bit too extreme. And his moods are too frequently (and too easy) changing for a person with a growing self-confidence.
In addition the plot was sometimes difficult to understand for me. An example: Both sporters are very famous. Creeps repeatedly ‘googled’ Chelsea on internet. And suddenly he meets her mom and is very surprised that her mom is a well known Australian woman(?).
So, all in all, I rated this book 02 only 3 stars (of 5), a bit lower than the 4 stars of book 01 in the series. Hopefully no 03 (’Team Balance’) will give me more reading pleasure, for in both books 01 and 02 Sally Carbon proves that she can create original, well written plots.

M Richardson
2.0 out of 5 stars Why?
17 September 2019 - Published on Amazon.com
I received a free ARC from Hidden Gems for a promise of an honest review on Amazon.

Why? I don't know why I signed up to read the second book when I didn't really care for the first book. It didn't get any better. The author threw in a little more sexual scenes but the story still didnt capture my attention. Chelsea is a hot mess and very self-centered. Creeps is just annoying. He full of insecurities. Creeps more of the female in the relationship and Chelsea is more of the guy. The book frustrates me.
Read more
One person found this helpful

AngelaC
3.0 out of 5 stars Team Pursuit
16 September 2019 - Published on Amazon.com
Definitely a story with some strange (to my Canadian) speech. Lots of odd sayings that I would assume are well known to Australian readers. But it made for an interesting challenge in the discovery of a new (to me) author. Jerome and Chelsea are professional sports people and with fame come all of the challenges and drawbacks. One of which is trust. Trust in self. Trust in a romantic partner. Trust in the future. But the question that they frequently ask - is it worth the effort to invest in a relationship that seems to be on the verge of splintering. Both Chelsea and Jerome (Creeps) go to great lengths to work towards the positive, but events conspire to hold them back. Note: MUST read book 1 in order to understand the whole dynamic of their relationship.
Read more

Kindle Customer
2.0 out of 5 stars It was just too much...
21 September 2019 - Published on Amazon.com
Received an ARC for an honest review.
This was hard for me to get through. Too much internal thinking and thoughts all over the place. I tried to like both characters, but Chelsea & her wish washy, aloof self & Creeps comparing the relationship to a game, it was just hard. The "Bros" became a little too much in my opinion & don't know too many women or men who would go along. Especially not in a relatively new relationship. The birth & Chelsea's hunt for the Iron woman medal were two parts of this book that really were special & didn't seem to drag on. Unfortunately, there is still no resolution with Creeps & Chelsea in this one & will have to wait maybe until the next book.
Read more
Go to Amazon.com to see all 27 reviews 3.4 out of 5 stars
Get FREE delivery with Amazon Prime
Prime members enjoy FREE Delivery and exclusive access to movies, TV shows, music, Kindle e-books, Twitch Prime, and more.
> Get Started
Back to top
Get to Know Us
Make Money with Us
Let Us Help You
And don't forget:
© 1996-2020, Amazon.com, Inc. or its affiliates