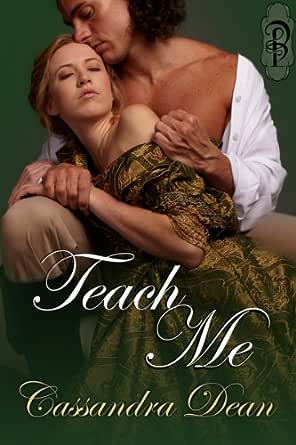 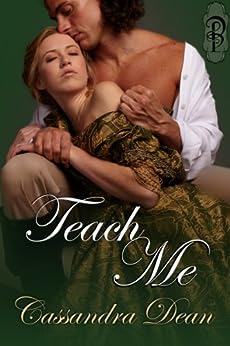 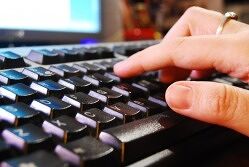 Cassandra grew up daydreaming, inventing fantastical worlds and marvelous adventures. Once she learned to read (First phrase - To the Beach. True story), she was never without a book, reading of other people's fantastical worlds and marvelous adventures. Fairy tales, Famous Fives, fantasies and fancies; horror stories, gumshoe detectives, science fiction; Cassandra read it all. Then she discovered Romance and a true passion was born. So, once upon a time, after making a slight detour into the world of finance, Cassandra tried her hand at writing. After a brief foray into horror, she couldn't discount her true passion. She started to write Romance and fell deep. The love affair exists to this very day. Cassandra lives in Adelaide, South Australia. --This text refers to the paperback edition.

Paula Pearce
5.0 out of 5 stars Loved it
Reviewed in the United Kingdom on 9 February 2016
Verified Purchase
I loved this book so much I have read it several times now.
Read more
One person found this helpful
Report abuse

Although premise is not unique -rake tutors curious widow and vice versa- the execution was masterfully done with the love story remaining forefront.

Yes, there were plenty of steamy scenes and some explicit language. What surprised me was the frequency that these scenes served a purpose beyond titillation. The stages of the relationship, character development, and impediments to the couple's HEA were illustrated through the gradual shift in language and description. I loved the gradually build up of tension and intimacy.

The reason for 4 stars instead of 5- the scene in which the hero attempts to place a permanent wedge between himself and the heroine.
I believe it was meant to be shocking yet enthralling. Instead it divided my attention. I started to question whether the extreme action made the hero unpalatable.

Regardless, I will definitely look for more books from this author in the future.

Cameogirl
5.0 out of 5 stars The pupil becomes the teacher
Reviewed in the United States on 27 February 2014
Verified Purchase
James...you rotten jaded scoundrel that you are!! And herein lies the irony - the more he tries to be hard and maintain his tutor facade, the more Elizabeth breaks down his walls - the walls that were erected since childhood due to his debauched father and absentee mother. This was such a wonderful and deep love story with the added eroticism thrown in. Ms. Dean wrote this story with such depth and feelings. It was clear the more James tutored Elizabeth in the carnal ways that he himself was learning how to live again. She slowly chipped away his hardened heart and when he truly felt threatened by his need for Elizabeth, he did what he did best - run. I loved Elizabeth! What an inquisitive creature she was - wanting to know everything - so misplaced in that era since women were expected to be meek, mild and docile. Her exuberance was so infectious and of course she infected James with her attitude. Poor James! He came under Elizabeth's innocent spell. The tutor slowly became the student in learning the game of love instead of just sex.

The author's writing made me feel an array of emotions: dislike, excitement, wonderment, playfulness, giddiness, heartbreak, sadness, tears and of course in the end utter happiness! This story had it all. It had plenty of hot sex but most important, it also had a deep plot. I totally recommend it!
Read more
One person found this helpful
Report abuse

windlicht
4.0 out of 5 stars Surprisingly delightful!
Reviewed in the United States on 3 April 2017
Verified Purchase
Well, as expected, it's very explicit.
What I didn't expect was an actually good plot, fetching characters, and a good amount of wit.
A very solid four stars!

On a side note: There is a passage that I didn't care for. Despite the fact that the H is a rather unlikable figure, one cannot help but grow fond of him simply because the h does.
Then you've got the event that is the turning point in the story and one seriously wonders whether the H and the book are actually worth our time. We keep reading and come to a lovely HEA.
Read more
One person found this helpful
Report abuse

Kindle Customer
5.0 out of 5 stars Enjoyed it!
Reviewed in the United States on 24 November 2014
Verified Purchase
I was a bit turned off when I learned that James, the hero of this story was so debauched that he even had sex with a man but as I got more into the story, I began to realize that James was a product of his upbringing. It did placate me to an immense degree to hear him tell Elizabeth later that it was not an experience he wanted to repeat. I read straight romance and like my heroes to be interested only in women but I saw the point of why it was necessary to the background story about James. Even though that disturbed me, I still had to rate this book 5 stars as it kept me entertained, waiting anxiously for James to fall in love with the ever inquisitive Elizabeth. Elizabeth was an endearing heroine and I absolutely loved her and James reminded me of the brooding Beast in the fairytale, a wounded hero in need of love.
Read more
2 people found this helpful
Report abuse
See all reviews
Get FREE delivery with Amazon Prime
Prime members enjoy FREE Delivery and exclusive access to movies, TV shows, music, Kindle e-books, Twitch Prime, and more.
> Get Started
Back to top
Get to Know Us
Make Money with Us
Let Us Help You
And don't forget:
© 1996-2020, Amazon.com, Inc. or its affiliates