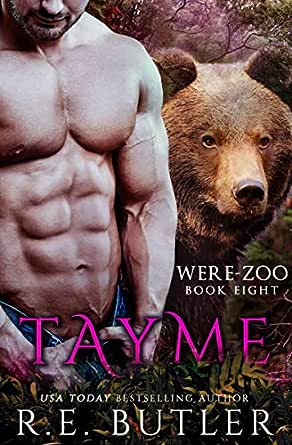 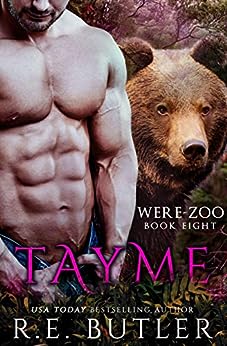 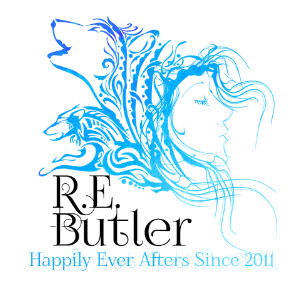 Bear shifter Tayme has called the Amazing Adventures Safari Park home his whole life. He and his family, along with the members of his sleuth, live underneath the park in secret. The fact that shifters own and run the park is a well-guarded secret from humans, who don’t know about their existence, but it makes for some pretty lonely shifters. Tayme’s hoping to find his soulmate someday, but he doesn’t know where to look. All he can do is rely on fate and keep his fingers crossed that she’ll show up sooner rather than later.

Red fox shifter Rory is an oddity, an orphan living with the owl shifters who killed her family. When her best friend Jessica is injured during a flight and winds up in the arms of her soulmate, Rory is the only one in the entire nest who supports her. On a trip to visit her bestie, she’s carted off into the woods by a huge male, and she knows she’s found the one male on the planet meant for her.

While Tayme’s family and sleuth welcome her with open arms, the owl nest is anything but welcoming. A meet up with her adoptive parents ends in bloodshed, and Rory feels like she’s once again an orphan. Until strangers come knocking on the park’s front gate one dark night and offer her a chance to be with her own kind again. When faced with the decision, will she remain in the zoo or leave?

Terry
5.0 out of 5 stars Love the Zoo
5 December 2019 - Published on Amazon.com
Verified Purchase
We are off to the zoo again. I love this series and so many potential mates from different shifters. Now it's Tayme's turn. A bear shifter at the zoo that runs the ice crean stand, he loves his ice cream and inventing more flavors, but mostly he wants to find his one and only.....his mate. Never thought she would just show up at the zoo. Rory, a red wolf shifter arrives at the park to bring her best friend Jess, an owl shifter,some of her things. Rory was raised by owl shifters, the king and queen no less. And right now she is not happy with them because of the harm the tried to cause her best friend Jess when she found her true mate at the zoo. Rory snuck away to help Jess never figuring on finding her true mate. Tayme and Rory are perfect together but they know the owls will try something to get her back. And then a new problem shows up at the park. Rory's family? How can that be? and if it is true will Rory want to leave with them? Tyme is ready to do what it takes to keep Rory happy.
Read more

ETK
5.0 out of 5 stars Better than....
2 December 2019 - Published on Amazon.com
Verified Purchase
This book was excellent & better than the book by another author that I read before this.

This book was medium paced & so interesting that I couldn’t put it down until I finished reading it.

Rory & Jess (Jess found Auden at the zoo too) are BFF’s that we’re raised by owl shifters. Rory came to the zoo to not only help Auden with something for Jess but to also bring Jess some of her items from home when she smelled something really good & realized that it was her mate.

Tayme’s bear has been restless all morning long so he went for a walk to hopefully calm his bear side down. As he was walking near Auden’s surprise for Jess he smells something excellent too; his mate who just happened to be Rory. He picks her up fireman’s style & runs off into the forest with her.

& this is just the beginning of the story; but, in order to find out treachery that the owl shifter have in store for them you’ll have to read the book. Cause I’m not telling.

Pam Louis
5.0 out of 5 stars Fun read
3 December 2019 - Published on Amazon.com
Verified Purchase
Tayme is a bear shifter who lives at adventure safari park aka secret underground were zoo homes. He wants to find his soul mate. Now if possible.
Rory is a fox shifter who lives with owl shifters. The same ones that killed her family! She wants to find her soulmate too. Just like her BFF Jessica did at the zoo.
Has fate given Rory a chance to meet her soulmate or did fate give her to many choices and paths to take? What one will she pick ? Oh and let's not forget the owl shifters what will they do? Oh the plot is thick on this one! Lol I could not put it down. Awesome characters, action drama and more. Don't miss it. Voluntarily reviewed a copy and I honestly loved it
Read more

Kae
4.0 out of 5 stars Were Zoo: book 8
26 November 2019 - Published on Amazon.com
Verified Purchase
Tayme and Rory. Rory is Jess's (book 7) best friend. She's a red fox shifter who was adopted by the *expletive* King of Jess's former owl shifter nest. After Jess found her true mate Auden, Rory helped them escape when the nest attacked. While delivering some of Jess's stuff that she took from the nest, Rory is drawn to Tayme, a bear shifter and member of Justus's bear sleuth. Together, Tayme and Rory face fall out from her "adoptive" parents declining to acknowledge her true mate and then a surprise encounter with red fox shifters. HEA.
Read more

Niki
5.0 out of 5 stars Tayme is so sweet!
13 January 2020 - Published on Amazon.com
Verified Purchase
I love how supportive and protective Tayme is of Rory! One of my favorite things about this author and this series is how unique the storyline is (I mean, a zoo full of shifters 🤷🏼‍♀️😂) and how everyone is always so happy to welcome a new mate. This story had some unexpected twists, and I only wish that more foxes ended up choosing to live at the zoo... maybe opening a new “exhibit” for them?
Read more
Go to Amazon.com to see all 32 reviews 4.9 out of 5 stars
Get FREE delivery with Amazon Prime
Prime members enjoy FREE Delivery and exclusive access to movies, TV shows, music, Kindle e-books, Twitch Prime, and more.
> Get Started
Back to top
Get to Know Us
Make Money with Us
Let Us Help You
And don't forget:
© 1996-2020, Amazon.com, Inc. or its affiliates