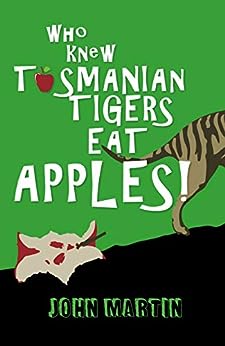 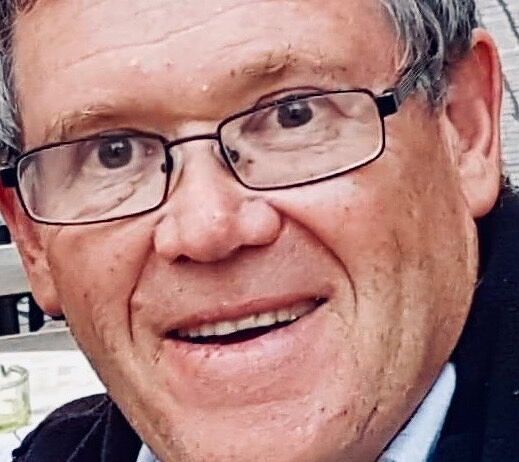 3.8 out of 5 stars
3.8 out of 5
20 global ratings
How are ratings calculated?
To calculate the overall star rating and percentage breakdown by star, we don’t use a simple average. Instead, our system considers things like how recent a review is and if the reviewer bought the item on Amazon. It also analyses reviews to verify trustworthiness.

Jennifer
TOP 10 REVIEWER
4.0 out of 5 stars ‘Birty coughed. ‘Mr Mayor, is that you?’
Reviewed in Australia on 13 March 2017
Welcome to Windy Mountain, a quirky little town somewhere in rural Tasmania. Quirky? Well, wait until you meet some of the characters. There’s Mayor James Northan (from a long line of mayoral Northans) who wants to rip out his historic apple orchard to develop the land. There are a group of green protestors meeting (and arguing) frequently to decide which cause they want to support, and there’s a police sergeant who is about to retire. But things really start to get involved (and humorously interesting) when a man is arrested for being dressed as a woman between sunset and sunrise.

Can the historic orchard be saved? Will Moose Routley, Tasmanian tiger hunter, help the local team win the football grand final? And are there really Tasmanian tigers near Windy Mountain? In the meantime, spare a thought for poor Foetus, a bikie abandoned by his club in Windy Mountain.
Spend some time in Windy Mountain and get to know the characters. This is the first book of a series and while I have no idea what will happen next, I know I’m going to read the rest of the series if I can. I found myself laughing out loud at places in this story (especially at the particular, peculiar theft from the hospital, and the football grand final with a twist) and smiling wryly in other places.

The only thing I’m not sure about is the title: ‘Who Knew Tasmanian Tigers Eat Apples’ doesn’t really grab me. But, if you like your humour with a touch of mystery and quirky townsfolk, then you may also enjoy this story.

Lance Carney
5.0 out of 5 stars The Tasmanian Tiger Lives!
Reviewed in the United States on 21 April 2017
Verified Purchase
The Tasmanian Tiger, or thylacine, is a relatively shy, nocturnal creature with the general appearance of a large dog, except for its stiff tail, abdominal pouch and dark transverse stripes on its back. Oh, did I mention it is believed to be extinct? Or is it? The Tasmanian Tiger lives (or at least the hunt for the creature) in Australian humor writer, John Martin’s books.

The hunt for the Tasmanian Tiger weaves in and out of the story about Windy Mountain, in rural Tasmania, and the mayor who wants to rip out his historic apple orchard amidst public outcry (the apples support local businesses); the Great Sperm Robbery at the hospital (who absconded with the beaker of semen?); the “greenies” (environmental protesters) who at first want to save the Green Swift Parrot until infighting causes them to shift to the Tasmanian Tiger; the Muttonbirds, an Aboriginal biker gang hanging out at the Applecart hotel; and Moose Routley, footballer and Tasmanian Tiger hunter. All the craziness occurs while Windy Mountain is on the cusp of winning its first football premiership in nearly a century of trying.

Who Knew Tasmanian Tigers Eat Apples is a funny, fast-paced romp that revolves around the quirky characters. In addition to the mayor and Moose, there’s Wee Jimmy Martin, with a Scottish accent so thick no one can understand a word he says, Foetus, a former biker whose gang left him on Windy Mountain long ago, and Johnno, who is arrested for being dressed as a woman during nighttime, breaking an obscure Tasmanian law. As the clerk of the court reads, “…you did commit a crime, namely that you did appear in public, between the hours of sunset and sunrise, dressed in female attire, namely a pink dress and green stockings, with a Red Delicious apple and a Golden Delicious apple stuffed down the respective cups of a brassiere, which was attached to your person.”

Will Windy Mountain win the football premiership? Will the apple orchard be destroyed? Do Tasmanian Tigers really roam the apple trees at night? If you want to laugh your way to the answers to all these questions, do yourself a favor and read this first book of the Windy Mountain series. I highly recommend it. And now I’m off to read the second Windy Mountain book, Lie of the Tiger. The thylacine lives!
Read more
2 people found this helpful
Report abuse

RosieB
4.0 out of 5 stars small town life skewered
Reviewed in the United States on 9 December 2019
Verified Purchase
This is a fun story for anyone who's lived in a small town or rural area where people's quirks can have a major impact on what gets done. Since it was first written in 1993 Tasmania, there are themes that are uncomfortable for those in the US who are more used to the acceptance of different lifestyles of today. Still, I'll be reading the next one to see if that changes.
Read more
Report abuse

Kindle Customer
4.0 out of 5 stars A Fun Read
Reviewed in the United States on 8 May 2018
Verified Purchase
I'll be honest, I had to look up where Tasmania was.
But then again, the author would probably have to look up where Indiana was, so we're even.
(Indiana has more weirdness than Tasmania, just look at our leaders.)
But it was fun reading about life on the other side of the planet.
There are several stories going on in this book, all with humorous moments, and well developed characters.
I am looking forward to reading more by this author.
I gave it 4 stars only because I never read 5 star reviews.
Read more
One person found this helpful
Report abuse

Florrie
4.0 out of 5 stars A crazy story from Tasmania's heartland
Reviewed in the United States on 13 August 2018
Verified Purchase
I have spent some time in rural Tasmania and I would not be surprised if I met some of these crazy small-town characters. This could be a story of small town life in many places, with the greedy mayor, the protesting greenies, the town hospital but the Tasmanian tiger makes it truly a story of the South Island of Australia. A great humorous read about some really entertaining characters.
Read more
One person found this helpful
Report abuse
See all reviews
Back to top
Get to Know Us
Make Money with Us
Let Us Help You
And don't forget:
© 1996-2021, Amazon.com, Inc. or its affiliates