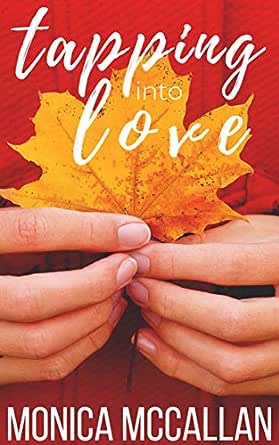 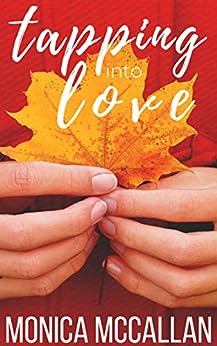 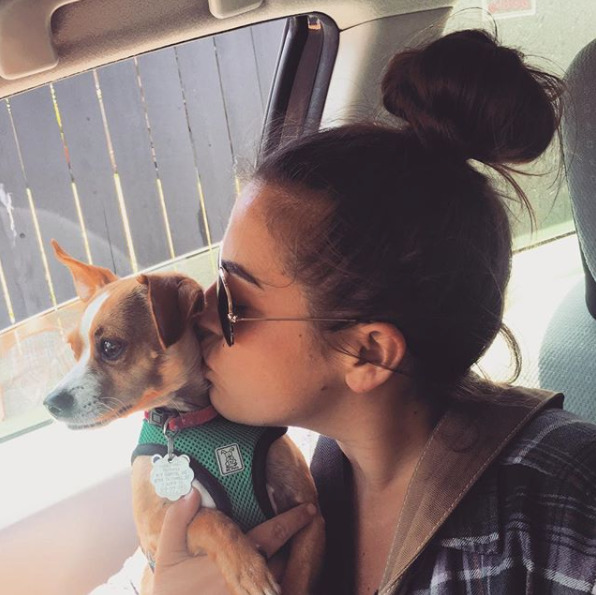 Lucy Parsons wants absolutely nothing to do with the Westmoore family or the maple syrup they produce. When Sierra Westmoore blows back into town after her father’s death and tries to rent a room at Lucy’s family’s bed-and-breakfast, The Maple Inn, Lucy kicks her out on the spot. It doesn’t matter that Sierra hasn’t set foot in Maple Run in fifteen years—the Westmoores are not allowed.

But small towns don’t leave a lot of room to hide, and Sierra and her brother, Drake, have set their sights on improving the town’s opinion of them now that their father is gone.

Lucy doesn’t believe any Westmoore could have good intentions, and although she may have to play nice with Sierra, it doesn’t mean she’s going to like it.

Charli C
4.0 out of 5 stars Highly recommend....
15 November 2019
Format: Kindle Edition
This book, for me, is a return to the Monica style that I have come to love. Great main characters, a good storyline and of course fantastic banter, with a dash of sarcasm thrown in. I really enjoyed this latest release from Monica, the story flowed well and the characters were engaging, both main and secondary. Well worth a read and if you enjoy this one I would also recommend “Better than a Dream” - still my favourite.
Read more
Helpful
Comment Report abuse
See all 1 customer reviews
Write a customer review

Loek
5.0 out of 5 stars Outstanding!
15 November 2019 - Published on Amazon.com
Format: Kindle EditionVerified Purchase
For Lucy, the Westmoore are her sworn enemy for life. An unexpected encounter with a Westmoore family member makes all feelings running high. Lucy, a very headstrong beauty, fights to resist the temptations but fails miserably. Tapping into Love is a beautiful constructed love story, well-paced and with charismatic characters you'll love. It is written with humor and in a very descriptive way. I could almost taste the sweet maple syrup, the pancakes and see the maple trees with their fall colors. The banter and the dialogues were excellent. The author’s writing pulls you immediately into the story. Definitely worth to re-read!
Read more
3 people found this helpful

rosy
5.0 out of 5 stars Amazing
1 December 2019 - Published on Amazon.com
Format: Kindle EditionVerified Purchase
This was my first time reading a book from this author and I can't wait to read more from her! Heartwarming touching and funny! This book has it all friendship family and sexy times!
Read more
3 people found this helpful

Dkone
3.0 out of 5 stars Too quickly
20 November 2019 - Published on Amazon.com
Format: Kindle EditionVerified Purchase
I felt the change from adversaries to getting together happened too quickly, it did not quite feel organic to me.
Read more
One person found this helpful

Kindle Customer
3.0 out of 5 stars Not so sure
17 November 2019 - Published on Amazon.com
Format: Kindle Edition
This one was hard for me. I understand an individual having to grow to be ready for love, but Lucy was a bit too much for me to swallow. I can't see any adult wanting to put up with that type of behavior in a romantic relationship especially with what she went through with her father. It was just a bit much for me. I guess the thought of seeing a person for who they are and not what they portray could account for it. I love Monica's books, but this one just didn't do it for me.
Read more
3 people found this helpful

customer 007
4.0 out of 5 stars Lovely Read!
2 January 2020 - Published on Amazon.com
Format: Kindle Edition
This was a charming romance set in a small New England town during its most glorious months-fall and winter. New England towns are known to be rich in personality and inhabited by tight communities. Maple run was no different and appeared idyllic in every way. It offered the perfect setting for this enemies to lovers tale.

I love a good enemies to lovers story, and this one had all the ingredients for a good romance: one long standing feud between two small town families, the death of a despised patriarchal figure, the return of the wastrel daughter of a wealthy family, and the deep seeded anger of one beloved, hard working and spirited woman. However, the pièce de résistance focused on the hostility and discord between the two female leads. This match-up was quite compelling and hot.

The main characters, though at odds with one another, were likable and intriguing in their own right. I found myself particularly drawn to Sierra. Her backstory was a bit heartbreaking. She seemed to have overcome many of the hardships that life had thrown her with more optimism and buoyancy than one would expect given her situation. Though she technically entered the story as an outsider, I believe she embodied a girl next door quality that was so appealing. I easily liked her, despite the atrocities her family committed. Because Sierra was portrayed this way, she avoided being labeled an antagonist. She breathed life into a intriguing plot.

McCallan’s other protagonist, however, was infuriating at times. Lucy’s stubbornness and refusal to let go of past grievances limited her and inflicted unnecessary pain, not only to herself, but others. Nonetheless, this was part of her story arc and completely necessary. She had to grow the most for this contentious rivalry to cease, and for her to see that Sierra was truly a kind and loving person. Perhaps Lucy was too insulated by the town and too consumed by her own hate to see that Sierra’s nefarious father made Sierra suffer just as much heartache as she had. Nonetheless, it clouded her emotions and perceptions, ultimately increasing the tension between her and Sierra, and facilitating good storytelling.

I really liked this book. The descriptions of scenic Maine in the fall, of grand old maple trees, of thick sugary syrup…it made me want to book a trip to New England! The leading ladies were engaging. The dialogue was refreshingly witty and crisp. The plot was compelling. I only wished that McCallan would have revealed to her readers sooner all the atrocities Sierra’s father committed against Lucy’s family. Lucy fostered such deep seeded hatred towards the Westmoores, and I sometimes felt she was too unreasonable and too unyielding. In light of the fact that her best friend and her mother began to accept Sierra, it seemed that Lucy was unnecessarily stubborn and close minded. However, it all made sense to me once Sierra was told just what her father had done to the Parsons. This explanation came near of the end of the book-and was well plotted in regards to Sierra-but since this was told in third person, I wonder if readers couldn’t have been privy to these odious acts sooner. I know I would have been more compassionate towards Lucy if I had known sooner.

In closing, I would definitely recommend this book to any lesfic romance reader that loves a good enemies to lovers story. Though the premise of this story seems heavy, it really isn’t. It ultimately is a good natured romance at its core. There are plenty of light-hearted moments and wonderful characters to enjoy. It is a solid romance and a good read.

Read more
Go to Amazon.com to see all 51 reviews 4.7 out of 5 stars
Get FREE delivery with Amazon Prime
Prime members enjoy FREE Delivery and exclusive access to movies, TV shows, music, Kindle e-books, Twitch Prime, and more.
> Get Started
Back to top
Get to Know Us
Make Money with Us
Let Us Help You
And don't forget:
© 1996-2020, Amazon.com, Inc. or its affiliates