A Tapping at My Door: A gripping serial killer thriller and over 1.5 million other books are available for Amazon Kindle . Learn more
Share <Embed> 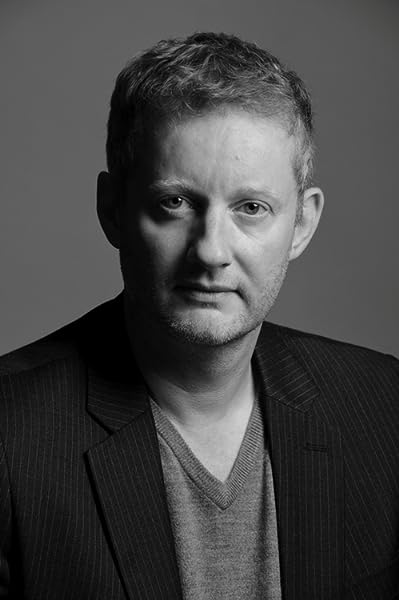 A Tapping at My Door: A gripping serial killer thriller: 1 Hardcover – 27 April 2016

Page 1 of 1 Start overPage 1 of 1
Previous page
Next page
Start reading A Tapping at My Door on your Kindle in under a minute.

A Tapping At My Door is a spellbinding and spine chilling read that had me literally on the edge of my seat...It had me well and truly gripped from beginning to end. ― Bytheletterbookreviews.com Published On: 2016-03-20

As flawed heroes go, Cody is up there with the best in every sense and you'll find yourself worrying about him as much as the bloody terror he's facing. A thrilling series opener. -- Jon Wise ― Weekend Sport

I was sucked in and had tears in my eyes and a lump in my throat. At other points, I just couldn't turn the pages fast enough. Jackson's writing is flawless. Clear and concise. To the point and cuts you when you're not looking. Utterly utterly fabulous. What a way to start a series! Highly recommended. -- Rebecca Bradley ― Murder Down to A Tea Blog Published On: 2016-03-31

His writing style is brilliant and a joy to read...Jackson has created wonderful new characters with DS Cody and DC Webley. The plot of A Tapping At My Door opens in best Hitchcock tradition and moves along smoothly with enough suspense to keep the reader enthralled right until the unexpected ending ― Devoted to Thrills Blog Published On: 2016-04-03

The opening chapter of Jackson's new novel features a spine tingling level of fear that mounts at a cracking pace... Jackson's strength lies in being able to execute a challenging plot device with sensitivity, empathy and care. He's all about delivering emotional depth while entertaining his readers. ― Pam Reader Blog Published On: 2016-04-04

It takes quite a lot to render me speechless but this book did just that. There was a moment near the end that I switched off to everything around me as I wanted to give everything I had as a reader to the final few pages of the book that is definitely going to be in my Top 10 of 2016...perfection' ― My Chestnut Reading Tree Blog

A deliciously dark and compelling investigation... a well-executed thriller, with plenty of scope and a firm foundation for a projected series. ― Raven Crime Reads Blog

It's one of the few novels that I have read where I felt some empathy towards the killer and revulsion towards a victim. It's a fantastic novel, the first in a new series that has huge potential. ― Steph's Book Blog Published On: 2016-04-07

'A Tapping at my Door is a superbly written crime thriller. It is full of action, with some brilliantly drawn characters thrown into the mix. I cannot recommend it highly enough and I gave it 5 stars on Goodreads. It kept me reading late into the night. ― bibliophilebookclub.com Published On: 2016-04-10

It's a fast paced crime thriller featuring the hunt for a vengeful serial killer. Absolutely everything I love in a book! ― Damp Pebbles Blog Published On: 2016-04-11

David Jackson is the author of a series of crime thrillers featuring New York Detective Callum Doyle. His debut novel, Pariah, was Highly Commended in the Crime Writers' Association Debut Dagger Awards. When not writing fiction, David spends his time as a lecturer in a university science department. He also gives occasional workshops on creative writing. He lives on the Wirral peninsula with his wife and two daughters. David can be followed on Twitter, where he goes under the name @Author_Dave.

4.3 out of 5 stars
4.3 out of 5
331 global ratings
How are ratings calculated?
To calculate the overall star rating and percentage breakdown by star, we don’t use a simple average. Instead, our system considers things like how recent a review is and if the reviewer bought the item on Amazon. It also analyses reviews to verify trustworthiness.

Leigh ~ books.tea.and.me
5.0 out of 5 stars Brilliant Read!
Reviewed in the United Kingdom on 8 March 2019
Verified Purchase
Okay, so I really enjoyed this! This is my first David Jackson book, although I'd heard of his NYPD detective Callum Doyle series beginning with 'Pariah' before. However, this is the first in a new series set in the UK. DS Nathan Cody works in Liverpool and has returned to work after suffering a trauma from a previous undercover job.
As a lover of Gothic fiction, I was hooked from the opening quote from 'The Raven' by Edgar Allan Poe, "Once upon a midnight dreary...rapping, rapping at my chamber door.' It is the rapping and scratching on a young woman's back door that opens the story and the scene is intense - also one's worst nightmare when living alone!

When we meet Nathan Cody he is standing in a shopping street playing 'Paperback Writer' on his beloved guitar, an unusual, humorous and engaging introduction to our lead character. Cody is soon caught up in a hunt for an usual serial killer and I was hooked on the quest to discover the perpetrator of this awful crimes. The narrative, although focuses on Cody and his struggles, swings back and forth to the inner thoughts of our killer, and this was a creepy insight into the psychology behind these crimes.
The characters are drawn richly and complex enough to drive the story-telling - loved it! Can't wait for more!
Read more
4 people found this helpful
Report abuse

debs:)
4.0 out of 5 stars Makes a good read
Reviewed in the United Kingdom on 20 June 2017
Verified Purchase
I came across this book by accident one night and thought I'd give it a go.

Nathan Cody is back working for the police after a tragic ordeal, in which him and his partner where under cover caught and tortured. This ordeal still haunts codys dream and has left him with ptsd. He turns up at his first case back to find a police woman has been murdered but not only that he is now working with his ex girlfriend. It seems the killer has a grudge against the police for some reason and him and his new partner (his ex girlfriend) have to find out what this grudge could be before more police are killed. But with Cody having ptsd he seems to be losing his grip on his sanity and doesn't know if he can cope long enough to catch this killer before he eventually snaps. This book is a really good read, and highlights the problem and signs of ptsd.

This book I would definitely recommend and the sequel to it to. Both make a great read.
Read more
4 people found this helpful
Report abuse

S Riaz
5.0 out of 5 stars A Tapping at My Door
Reviewed in the United Kingdom on 2 April 2016
Vine Customer Review of Free Product( What's this? )Verified Purchase
I have never read any novels by David Jackson before but, having read this, I am sure that I will be exploring his previous books. I have to admit that, being a huge Beatles fan, I am always drawn to books set in Liverpool and so was keen to read this first in a series (I hope) set in my favourite city and featuring Detective Sergeant Nathan Cody. DS Cody also seems to share an interest in Liverpool’s most famous group, with several songs and places of interest to fans mentioned throughout the book.

Like so many central characters in crime novels, Cody is slightly damaged and has a lot of personal baggage when we first meet him. Previously working undercover, he is now part of the Major Incident Team and, before long, he is thrown into the investigation that all police officers take the most seriously – the killing of one of their own. What’s more, Cody finds that he is working alongside DC Megan Webley, who he was once romantically involved with.

This is a fast paced mystery, with a violent killer and a good supporting cast; including the fierce, but motherly, Detective Chief Inspector Stella Blunt. Of course, Liverpool is also very much a central character in this novel – with the author really invoking the city streets, pubs and people and a resolution which involves the past history of the city itself. There is also a lot of great suspense, with the author building fear and tension cleverly, by making you care about even minor characters that we meet briefly. I hope that DS Cody appears in future books and I will certainly read on in the series if he does.
Read more
5 people found this helpful
Report abuse

S. Rothwell
5.0 out of 5 stars A Tapping At My Door
Reviewed in the United Kingdom on 7 April 2016
Verified Purchase
David Jackson's previous novels were set in New York, I've read the first but have them all. And it was very good. This new series featuring Nathan Cody is set much close to home in my favourite UK city, Liverpool. I like to read a novel set somewhere that I am familiar with. When Cody first appeared I could picture exactly where he was and was laughing when he chased his prey through the shopping area. I could also picture another scene very clearly, but this wasn't one that made me smile. It takes part in one of the most eerie parts of the city.
At times it's quite intimidating, not just the parts that involved the killings but also when the police had to go into areas where they weren't welcome, and it was very believable. But there is also some humour at times, especially Cody's reaction to some that he deals with.
It's one of the few novels that I have read where I felt some empathy towards the killer and revulsion towards a victim. I can't really say more, to do so would be too much of a spoiler but if you have read it you will probably know what I mean.
Often when I'm reading I picture which actors should appear in lead roles if is ever televised. This is a novel that would definitely make great TV and I'm absolutely certain on who I would pick to play Stella. She would be perfect for the role.
It's a fantastic novel, the first in a new series that has huge potential.

With thanks to the publisher for the copy received, the e book version also arrived on my kindle this morning.
Read more
3 people found this helpful
Report abuse

Alan Marron
5.0 out of 5 stars A TRULY RIVETING READ
Reviewed in the United Kingdom on 25 January 2019
Verified Purchase
There are fictional detectives of note, most especially in the works of Rankin (Rebus) and Billingham (Sharp). Now they have company in the form of DS Nathan Cody, Writer David Jackson weaves a riveting plot full of action, suspense (and even a touch of romance) all seasoned with a brand of humour that is the hallmark of a really great writer. Cody and the MIT team he's a member of are undeniably helping breathe new life into the Crime genre.
Read more
One person found this helpful
Report abuse
See all reviews
Back to top
Get to Know Us
Make Money with Us
Let Us Help You
And don't forget:
© 1996-2021, Amazon.com, Inc. or its affiliates