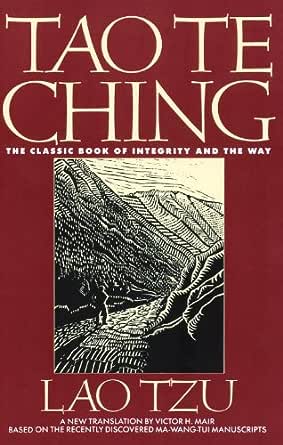 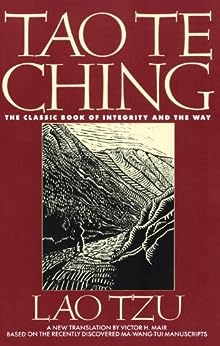 Victor H. Mair is a translator of Chinese texts including Lao Tzu's Tao Te Ching: The Classic Book of Integrity and the Way. He is also the editor of the Cambria Sinophone World series and the co-author of The True History of Tea. Mair is Professor of Chinese Language and Literature at the University of Pennsylvania, where he has been teaching since 1979. The way of life defined in the Tao Te Ching was developed by ancient sages who lived in China some two thousand years ago. Lao Tzu, known as the Old One, was one such sage who practiced the way, although there were almost certainly other religious thinkers who contributed further ideas and wisdom to it. --This text refers to the paperback edition.

Matthew
5.0 out of 5 stars Great translation
Reviewed in Canada on 14 March 2014
Verified Purchase
This is definitely my favorite translation of the Tao. Very true to the text and shows a deep understanding of the base message.
Read more
Report abuse

ams911
2.0 out of 5 stars Poor translation.
Reviewed in the United States on 29 July 2018
Verified Purchase
I'm disappointed by this translation. I've owned a few (3) copies of the Tao Te Ching and only once have I been wowed. The other two (including this one) feel empty and are confusing and only make sense when read in the context of other translations so that the general message is conveyed by something online, and then in this book I can read it as a way of garnering a slightly different perspective. On its own, however, this translation does *not* make me feel the Tao, as I have whilst reading other books (I hope to someday find the edition/translator/publisher/version I once had but lost). I suppose as an academic tool this book has SOME value, but as a spiritual guide its efforts are lost on me entirely :(
Read more
2 people found this helpful
Report abuse

Doug M
5.0 out of 5 stars A Refreshing, Scholarly translation of the Tao Te Ching!
Reviewed in the United States on 24 September 2001
Verified Purchase
Victor Mair is a well-known scholar of Classical Chinese, and I feel that of the many translations of the Tao Te Ching, his is the best by far! Thanks in part due to the discovery of the Ma Wang Tui scrolls, this book provides a refreshing change to the cookie-cutter translations I have seen in the past, and in the back of the book goes into great deal on why he translated thing the way he did.
As a amateur in Classical Chinese myself, I feel that Mr. Mair's translation is definitely the most accurate in relation to the general mood of the time in China, when many other such classics were being written (Confucius's Analects for example). Many of these classics drew upon the same pool of ideas, and this particular translation shows the mood of that time better than any other I have seen. Most translations tend to interpret words and phrases in a modern light, but Mair's is true to philosophy of the time.
I also like the detailed analysis that Mair does in comparing the Tao with other religions in Asia (in particular Judaism and Hinduism) and how they also drew upon a common pool of ideas prevalent at the time. I believe he makes a very strong case for this.
For those who are not interested in the historical aspect of Taoism, I feel they will still enjoy this book very much because this translation preserves the spiritual mystery of the Tao Te Ching (another aspect most translations lack), and lets the reader interpret the meaning as he/she sees fit.
Anyhow, in closing, a fanstatic translation, that stands above the rest. I strongly recommend this for both scholars and enthusiasts alike.


Read more
42 people found this helpful
Report abuse
See all reviews
Get FREE delivery with Amazon Prime
Prime members enjoy FREE Delivery and exclusive access to movies, TV shows, music, Kindle e-books, Twitch Prime, and more.
> Get Started
Back to top
Get to Know Us
Make Money with Us
Let Us Help You
And don't forget:
© 1996-2020, Amazon.com, Inc. or its affiliates