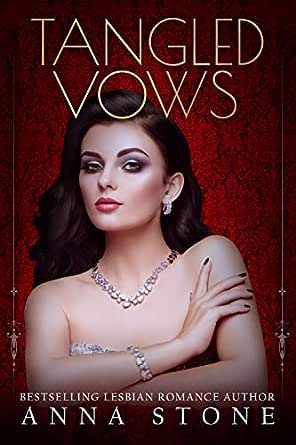 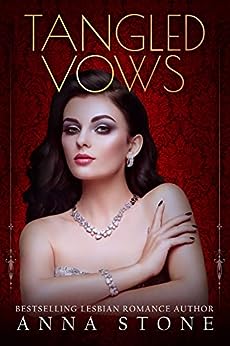 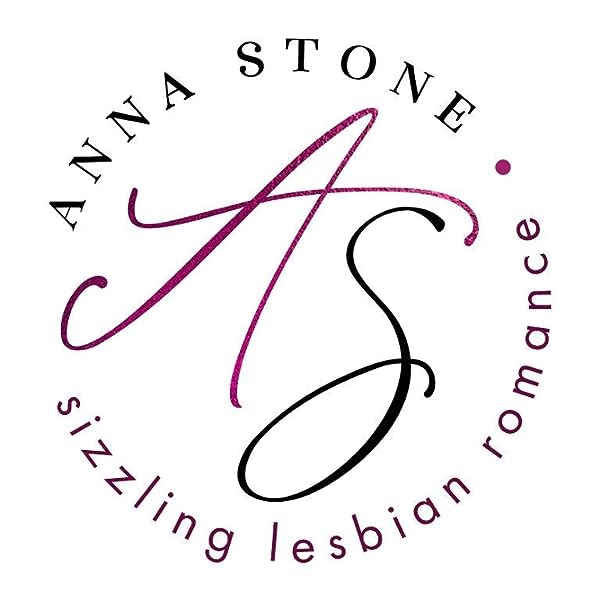 With the marriage contract agreed, Ruby and her wife settle into their sham roles in public, but it’s not long before they recognise the sexual-chemistry they share is very real. Finally persuaded that Ruby is fully aware of what she is asking, her wife, Yvonne, draws-up another contract detailing Ruby’s role as her submissive. However, both women quickly begin to realise that neither contract covers their developing emotional attachment… and that could jeopardise everything.

The only negative for me was Yvonne’s justification for marrying Ruby in the first place. That Yvonne would risk her entire lifestyle to get hold of even more collateral than she already had was never entirely convincing. Still, I don’t suppose many will read this for its financial credibility 😉

JWG1973UK
5.0 out of 5 stars AUTHOR'S BEST EVER TO DATE
Reviewed in the United Kingdom on 5 March 2020
Verified Purchase
THIS IS BOOK ONE IN A NEW SERIES BY THE AUTHOR.

WOW WOW WOW WOW WOW ... I DIDN'T THINK MS STONE COULD GET ANY BETTER AS SHE IS A FANTASTIC AUTHOR BUT SHE HAS OUTDONE HERSELF WITH THIS ONE. I THINK I HAVE FOUND MY NEW FAVOURITE FROM HER.

YVONNE IS ONE FIFTH OF THE OWNERS OF MISTRESS MEDIA. IN ORDER FOR HER TO CLAIM HER INHERITANCE FROM HER FATHER SHE NEEDS TO BE MARRIED WITHIN 10 YEARS AND THE DEADLINE IS FAST APPROACHING.

RUBY IS AN ESCORT. SHE IS SHORT ON CASH AND NEEDS MONEY FAST TO KEEP A ROOF ABOVE HER HEAD AND PAY OF SOME OF HER DEBTS.

I JUST HAVE TO SAY THAT THIS BOOK JUST BLOW ME AWAY. ONCE I STARTED READING I AUTOMATICALLY LOST ALL TRACK OF TIME AND STAYED UP HALF THE NIGHT JUST TO FINISH IT.

I LOVED BOTH MAIN CHARACTERS OF RUBY AND YVONNE. THE BOOK IS WELL WRITTEN WITH VERY LIKEABLE CHARACTERS. I COULDN'T GET ENOUGH OF THE PAIR. THEY MEET AT A BAR IN VEGAS AND BEFORE THEY KNOW IT THEY REALISE THE NEXT MORNING THAT THEY GOT MARRIED, NEITHER ONE REMEMBERING ANYTHING ABOUT IT. THEN THE FUN BEGINS. GREAT STORY LINE, GREAT CHARACTERS AND PACE WAS JUST RIGHT.

DEFINITELY RECOMMEND READING THIS ONE AND ALL THE AUTHORS OTHER WORKS. YOU WILL NOT BE DISAPPOINTED.
Read more
One person found this helpful
Report abuse

AliMac67
5.0 out of 5 stars A Hot Read
Reviewed in the United Kingdom on 5 March 2020
Verified Purchase
This has to be Anna Stone’s hottest book to date. The basic premise had been done before but Anna eclipses all those that have come before. Yvonne is the ultimate ice queen never letting anyone get too close. Ruby’s past forcing her to protect herself from getting close to anyone. The push pull between these characters draws you. Throw in the captivating friends, someone that wants to wreck any and all plans and the sizzling scenes then you have a book you won’t want to put down. I certainly didn’t until I got all the way to the end. I received an ARC copy of this book and am voluntarily leaving a review.
Read more
One person found this helpful
Report abuse

Kindle Customer
5.0 out of 5 stars Tangled Vows (Mistress Book 1))
Reviewed in the United Kingdom on 8 April 2020
Verified Purchase
This was an interesting story. about two different women.One a business woman Yvonne the other an escort Ruby Ali Ruth.Yvonne needs to marry or lose her inheritance. Ruby just got out of a relationship but needs money to pay her rent and card off.they get chatting and the next day both find themselves married. Now the story really takes off.
Anne Stone did an excellent job writing this and kept it flowing throughout. Recommend Yes.
Read more
Report abuse

Laura-Jane
5.0 out of 5 stars My literary love affair with Anna Stone continues.
Reviewed in the United Kingdom on 5 March 2020
Verified Purchase
I have an ARC copy but have also purchased the book. Gotta support my favourite indie author.
I usually have a rule where I only rate books five stars if I've read them more than once and loved them every time but there's no point here because I know I'll be reading this book again.
Multiple times if the others are anything to go by.
This is Stone's longest work to date but it flows really well with the extra words being dedicated to character development that was perhaps a little lacking in previous works. Yvonne and Ruby both have their issues and both have to deal with them to find their happy ending. I also enjoyed that Ruby found her passion outside the relationship and how Stone wrote the aftermath of abusive relationships, both romantic and familial.
Also I liked the Madison and Blair bits. I love that Stone puts in these mini-updates on her previous MC's.
For me, this doesn't knock Irresistibly Bound 1-3 off their perch as my go-to pick-me-ups but its a welcome addition to my library and I can't wait for the next installments.
Read more
Report abuse
See all reviews
Get FREE delivery with Amazon Prime
Prime members enjoy FREE Delivery and exclusive access to movies, TV shows, music, Kindle e-books, Twitch Prime, and more.
> Get Started
Back to top
Get to Know Us
Make Money with Us
Let Us Help You
And don't forget:
© 1996-2020, Amazon.com, Inc. or its affiliates