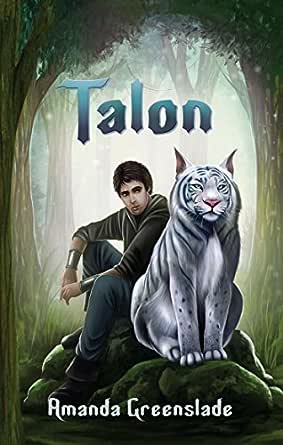 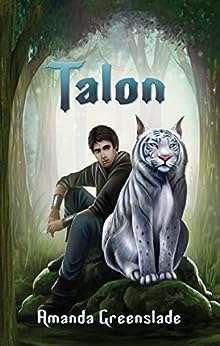 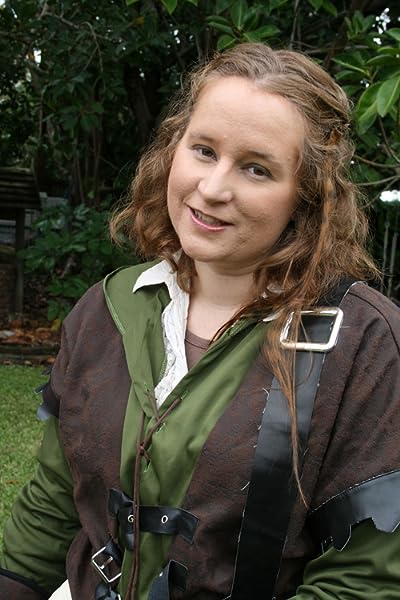 "Talon by Amanda Greenslade is a fantasy tale for teens and young adults. It has great creativity, imagination, and story line. The characters are intriguing and I enjoyed the magic, shape-shifting, telepathy, and other fantasy in this story."-Wittmann, Montzalee "Talon is a young man just coming into his abilities. He happens upon an icetiger and confirms he is a Rada--one who shares a telepathic bond with an animal companion. And that means he also has a shapeshifting ability. But he also soon learns he may have more abilities than he imagined. When his homeland comes under attack by the Zeikas, a militant people who worship the fire-god, Zeidarb, Talon must rise against them. His abilities make him the best defense his people have. But the leader of the Zeikas is aware of Talon and his abilities, and he seems set on capturing Talon for his own devices. "It's a lot of pressure to put on a young man like Talon. And he's no family left to rely on. So he needs to figure out who he can trust and who he can't. And he soon learns there are plenty of people on both sides of that line. "I always enjoy writers who can create a world with a high level of complexity and present it in an easy-to-follow manner. And that's exactly what Amanda Greenslade has accomplished here. There are places and people and abilities and tribes and gods...-Jefferson, Curtis "WOW. Amanda I am in awe of your writing. Thank you so much for giving me the opportunity to read Talon. At no time while reading did I feel bored, or uninterested. Your descriptions of the places, the people, even how they fought was so imaginative that it was easy to 'see' the story as it unfolded. I truly did not want the story to end. And I await with great anticipation your future published works. ... I feel that both adults and children alike will be able to read your books and enjoy the world you've created. I believe that Talon is a greater story than Chronicles of Narnia, and on par with The Chronicles of Thomas Coveant the Unbeliever."-Julie W.

With a newly awakened icetiger for his companion, Talon is finally learning the magic of the Kriite people, including telepathy and shape-changing. After his home town Jaria is attacked by Zeikas he embarks on a mission to seek help.

Before Talon even understands the power within him, there are demon summoners after him. He is horrified to learn that the Zeika leader plans to use Talon’s body and mind to further his ambition for power. Bal Harar is on a god-given mission to enslave or kill all Kriites.

Talon represents both the greatest threat and the greatest opportunity to the Zeikas—his actions and faith will make all the difference between the two.

~~~~~~Talon is Amanda Greenslade's debut novel and is the first in a series of epic fantasy adventure novels for a new adult audience.~~~~~~
See all Product description
click to open popover

Maurice Terpening
4.0 out of 5 stars Unusual Novel.
25 August 2016
Format: Kindle EditionVerified Purchase
A strange start to the novel, but once started I could not stop. Next one please. My 'Talons' await. Excellent.
Read more
Helpful
Comment Report abuse

Thus leading to the second issue I had with this book, nearly everything was left to the reader to self interpret the words. While there was a glossary at the back I don’t think that makes up for the fact that I spent most of this book thoroughly confused over some foreign words and having to reread sections of the book to interpret what was going on. Personally the writing style was a bit annoying for me. I feel that if Talon had not known all he had it might have made it easier for the reader to relate with him because they would be learning alongside him, not constantly getting dumped with words and few to no explanations.

While I loved Talon as a character I felt that he almost seemed to have it too good too fast. Now I know that he got separated from Rekala multiple times throughout the book but the fact that he managed to bond with an ice tiger and then also bond with Tiaro in a matter of chapters seemed a bit unbelievable and I think that that could have been handled better.

Despite these flaws I loved the characters and the idea behind the Rada-kin. Being an animal lover I really loved the connection between the Rada and their animals.

Sarlice took a bit of time for me to warm up to and I really wish that we could have seen some parts of the story from her point of view. I would have loved to learn more about her weapon bond. In the end she turned out to be one of my favorite characters!

As I got further into the book I began really enjoying it and hanging onto every word. It's is defiantly a book that needs a good day to sit down and really fall into the story. Once you get past the first few chapters it is easier to understand and keep up with the fast pace.

Towards the end of the book I was really, really enjoying it and the quick paced plot and intriguing storyline made up for the unexplained ideas.

Skye Hegyes
3.0 out of 5 stars Well-Developed World
23 April 2016
Format: Kindle Edition
I received this book for free in exchange for an honest review.

The Good
Revolving around an amazing world and a brilliant magical system, this was the start of an awesome adventure series. The world was rich in its development and its history. I also liked the fact that the main characters were often around members of those they were trying to escape. The tension between the Kriites and the Zeikas in places where they were forced to accept one another without disturbing the peace was interesting and well-captured throughout the book.

The Bad
I felt like there was a lot of info-dumping, and there were several times I had to wade back through what I had just read because it went over my head in complexity thanks to similar names/ideas between various things. It was one of those books probably best read in paperback form (especially for someone like me who looks back and forth to maps while reading) rather than eBook form.

In a way, this book read like a history book rather than an fantasy adventure, which could work sometimes, but I didn’t really like it for this book.

The Review
It was not a bad book by any stretch of the imagination. However, the feeling of info-dumping while on the run from Zeikas followed by strained moments while in the presence of Zeika who may or may not have been there to capture Talon drew me out of the story.
Read more
Helpful
Comment Report abuse

ozcopilot
4.0 out of 5 stars A YA novel well worth reading
11 July 2016
Format: Kindle Edition
This is a very well written and enjoyable Young Adult story, the first in a projected series of eight books. It has a strong spiritual theme and well realised characters, in an action-packed adventure which finishes on a cliff-hanger - quite literally!
Read more
Helpful
Comment Report abuse

Amazon Customer
5.0 out of 5 stars Good read
17 December 2016
Format: Kindle Edition
Talon is a book that draws you in more with each page read. Amanda has done an absolute terrific job on this book especially how she paints the scene so vibrantly and detailed in her words that you can see it all happening in your mind.
Thank you for creating this amazing book for me and everyone to read.
Read more
Helpful
Comment Report abuse

Christopher W.
5.0 out of 5 stars Excited for this series!
11 April 2016
Format: Kindle Edition
I really loved this book. Amanda has created a world that is worth exploring. The characters are rich and relatable and the villains are evil and deplorable. The book was exciting enough that I read through it in two days. A job well done!
Read more
Helpful
Comment Report abuse
See all 6 customer reviews
Write a customer review

Go to Amazon.com to see all 31 reviews 4.3 out of 5 stars
Get FREE delivery with Amazon Prime
Prime members enjoy FREE Delivery and exclusive access to movies, TV shows, music, Kindle e-books, Twitch Prime, and more.
> Get Started
Back to top
Get to Know Us
Make Money with Us
Let Us Help You
And don't forget:
© 1996-2020, Amazon.com, Inc. or its affiliates