Talon and over 1.5 million other books are available for Amazon Kindle . Learn more 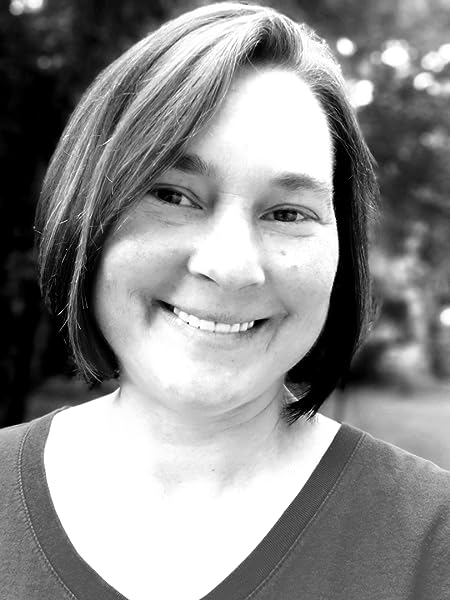 Start reading Talon on your Kindle in under a minute.

Shevawn Michelle lives in a small town just south of Atlanta, Georgia with her husband, three fur babies, turtle, and two hermit crabs. When she isn't writing, she is reading and blogging. She has a love for fishing, campfires and grilling out with family and friends. You can connect with her here: www.facebook.com/shevawnmichelle shevawnmichelle@gmail.com

Ebony Arrington - McMillan
5.0 out of 5 stars I need more!!!
Reviewed in the United States on 6 September 2015
Verified Purchase
I loved this book from the opening scene to the final sentence!!! Shevawn Michelle has given her readers an amazing story with her debut - Talon. I could not help but fall in love with not only Talon, but with the cute and spunky Kimberlyn. The characters are well written and well developed characters that you could see as your best friend, neighbor, co-worker or anyone else in your life.

The pain that Talon goes through with his accident and devastating loss of his first marriage is so real. I felt like I was not reading a fictional story, but actually reading someone's tragic life story. The way that Kimberlyn moves into his life and breathes some life into him is just magically. I could not help but root for these two characters to make it through all of the trials and tribulations that were placed in their path.

Shevawn Michelle has proven herself to be a masterful storyteller. This book is absolutely amazing and one that I plan on reading again and again. I highly recommend it to anyone looking to get lost in a story!! This is one story that you will not be sorry that you picked up and got lost in :-)
Read more
One person found this helpful
Report abuse

Author Sandra Love
5.0 out of 5 stars WOW!!! 5 + stars
Reviewed in the United States on 8 May 2015
Verified Purchase
This has to be one of the best book I have read. It was written beautifully, and the story line was amazing. The author did a fantastic job pulling me in, I was not able to put the book down. Talon, oh wow what a fantastic man. My heart broke for him, he had so much going on and all I wanted to do is hug him. Kimberlyn she was my favorite character though. She to had to deal with so much. I will not post spoilers because I don't want to give this story away because this book is a must read. There are some great twist and turns that will have you saying oh my god. If I could give this book 10 stars I would. I will be reading more books from this author!! Great job!
Read more
2 people found this helpful
Report abuse

Sharon Holland
5.0 out of 5 stars Loved this book!!!
Reviewed in the United States on 23 July 2015
Verified Purchase
Talon's life is going the way he wants it, he owns his own law firm, has a beautiful wife and house. All thats missing is a baby. But on one fateful night, his life changes. He wakes up in the hospital. A car accident leaves him badly injured. Having to deal with losing a leg and the scars that riddle his body is hard enough, but when his wife leaves him...hes devastated.

Two years later, Kimberlyn has finally saved up enough money from nursing,to buy her own home. When she gets out of her car her dog takes off and runs to her new neighbor, Talon. She remembers the good looking man before her from work. Knowing he was married, doesn't dampen her excitement of living next to such a sexy man.

Their friendship grows, they become best friends. Both wanting more but not sure how the other feels. Kimberlyn brings Talon out of his shell and back into the life of the living. But on their first night out, they run into his ex-wife, Jayden. Jayden sees them together and instantly becomes jealous. How dare he forget about her and the love he said he had for her! She walks up to their table and announces that they have a baby together and she wants him back.

After the initial shock of the baby, Talon meets Jayden but tells her he only wants to be in the child's life not hers. But Jayden has other ideas and will stop at nothing to get Kimberlyn out of the picture!!!
Read more
3 people found this helpful
Report abuse

Chelsi Tauscher
5.0 out of 5 stars All the feels!
Reviewed in the United States on 24 May 2016
Verified Purchase
Damn you Shevawn Michelle!!

I am just kidding, but seriously?! Talon is a successful attorney, and has everything he has ever wanted. His house, his beautiful wife, and trying to start a family. Until an unfortunate event takes it away and turns his life upside down. While attempting to rebuild his life he is hit by curve ball after hard thing.

I loved everything about this. It is a 'classy romance' without the smut (even though I love those too, but a change was nice) and kept you wanting to read more. You will cheer for the good guys, cry for their loses, and hate the bad guys. I highly recommend not only this book but this author to anyone that will ask. Keep em coming, I enjoy feeling all the feels!
Read more
Report abuse

Michael L. Smith
5.0 out of 5 stars Read Talon if you are ready for a "can't put it down" great, meaty story!!
Reviewed in the United States on 11 August 2016
Verified Purchase
The one and only thing I look for in a "good book" is a GOOD STORY. I am a wide-variety reader, and an avid collector of books and have been for 50+ years. I read youth, history, mystery, historical fiction, romance, science fiction, if it makes me want to just read "a little more before I get into bed" I am a happy reader. Once in awhile I find one that keeps me up past the droopy eyelids and common sense to get myself in bed and get some much-needed rest. Talon is one of those once-in-awhile gems that I read in one or two nights! I could not put this book down and highly recommend it if you want a great love story that is as satisfying as a great home-cooked meal. The other thing that I do when I really love a book (besides tell all of my friends and family about it) is read it again and then, share it with my husband. Mr. "History only" has loved every book I handed him and this one will be no exception!
Read more
Report abuse
See all reviews
Back to top
Get to Know Us
Make Money with Us
Let Us Help You
And don't forget:
© 1996-2021, Amazon.com, Inc. or its affiliates