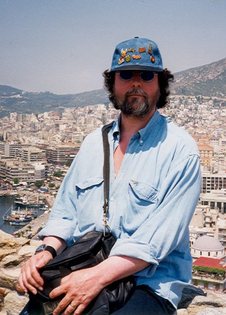 Releases December 1, 2020. Pre-order Wolf Girl 4 now with Pre-order Price Guarantee.
If the Amazon.com.au price decreases between your order time and the end of the day of the release date, you'll receive the lowest price. Order now
click to open popover
Tell the Publisher!
I’d like to read this book on Kindle

Allan took on various clerical jobs after leaving school, in order to support his writing, music-making and other artistic habits. He wrote Lord Of The Rings, discovered it had already been written (drat!) and wrote other stuff - lots of other stuff. He got his first book published in 1987, went self-employed as a writer in November 1992 and has had over seventy books published to date under several different names. He now lives in Herne Hill, South London, with his wife, Claudia (German), and two cats (English).