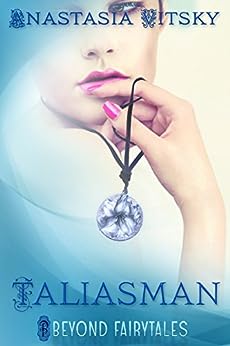 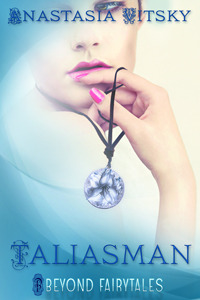 Ameliah Faith
5.0 out of 5 stars A truly moving tale.
Reviewed in Australia on 21 October 2014
First of all let me say how very elegant the cover is. Syneca Featherstone has done an excellent job with it! It is one of the prettiest covers I have seen in quite awhile. The story matches very well.

Ms. Vitsky gave a tantalizing taste of this incredible tale during the Sci Spanks 2014 event and again when it was released in the book of the same name. I had no idea this story would be so much more...well, everything! It is heartbreaking and happy, it made me angry, made me afraid, made me cry, made me smile and laugh. There was just so much pain for both Talia and Vina...such stubborn, prideful women who either wouldn't or couldn't express their true feelings. I prayed Vina would find her voice and Talia would open her eyes before it was too late and the future lost to them forever. I really could gush on and on about the story but I do not want to give anything away. It is too delicious an experience that needs to be savored by your own eyes. Let me tell you this, I really do want to gush and can not wait until I can discuss it with friends!!!

The chapters go from Talia's point of view to Vina's Point of view. I really enjoyed this as it let me see what each of them were thinking and let me know how their minds worked. Everything flowed well and I did not notice a single mistake.

This book is definably in my top favourites list! I am so very, very impressed Ms. Vitsky, thank you so much for bringing this story to life.

A. F. Odom
4.0 out of 5 stars Enjoyable, sweet read.
Reviewed in the United States on 27 January 2015
Verified Purchase
I love fairy tale retellings, and this one did not disappoint.

* The sweetness of the sweet moments - this author writes those moments in a way that really hits home in the heart.

I usually include a "what I didn't like" section, but I don't really have any "didn't like" elements. What I do have is "I want more" elements:

* Would have liked more background on the talisman and how it ended up in the hands of Talia's mistress.

* Would have liked more of the year that Talia struggled and resisted, to help further deepen the scenes where she and her mistress choose vulnerability with each other.

Kindle Customer
3.0 out of 5 stars Good bones, no flesh.
Reviewed in the United States on 12 February 2018
Verified Purchase
It reads like a really good first draft. I would love to fill out and edit this story. It's got substance but there just isn't enough development. It feels unfinished. The beginning and the end feel summarized, and the middle isn't fleshed out enough. The characters have potential. As a writer, I would have used the Heaven/Earth thing as more of a metaphor and less literal, that or else developed the two worlds a little more. I dont just want to be told a story, I want to be immersed in it. It comes off like soft core erotica, though it does a good job with consent and creating a realistic bdsm dynamic, though it could have shown the development of that dynamic instead of just telling about it. It's not bad, a fun read, if a bit confusing at times. Worth a couple bucks I spent, but I could find something similar for free online to be honest.
This book has good bones, but no flesh. I'd read an edited second edition. Or write one for that matter.
Read more
Report abuse

Nancy Heredia
5.0 out of 5 stars A lovingly rendered love story.
Reviewed in the United States on 7 May 2015
Verified Purchase
I am not into fairly tales generally but this charming mash-up of a fairly tale had me hooked from the compelling first line. "if I had been born a boy" all the way to a sublime ending. There is an ethereal quality to this author's style that I found very captivating and this is in spite of the fact that I am not a fan of even the mildest sort of kinkiness, and yes there is some mild spanking thing going on but that is not the most alluring part of the story. Having said that, I did find the love story between the unwilling Talia and the determined Mistress Vina poignant and evocatively told. The mix of emotions between the two is lovingly unfolded as each of them struggles with conflicting emotions. Talia longs to be free from what she considers her enslavement even though she is lavishly cared for by Vina and her servants. Vina longs for Talia's love, freely given, something Talia resists. This has everything a good romance should have. A love that won't die, betrayal, greed, jealousy, mistrust and a resolution that will make any romantic feel like swooning. The characters are all strongly presented, there is depth and richness in the prose and I would very much recommend it.
Read more
One person found this helpful
Report abuse

Kindle Customer
5.0 out of 5 stars A Beautiful Complex Must Read
Reviewed in the United States on 16 May 2015
Verified Purchase
Imagine you were the only child of a poor woodworker who wanted to hand his trade down to his son, and his wife, who wanted the finer things in life.
Now imagine the disappointment you brought into the world when you were born a daughter, not a son.
"If I had been born a boy..." Talia thinks to herself every day as she's reminded by her Mother that girl children must marry bringing a dowry with them, if she had been born a boy, she would no longer be a burden on her parents and they would be all the richer for it.
When a mysterious woman shows up at their door with a sack full of gold, Talia's world goes from one extreme to the other as she finds herself in the extravagant palace of Queen Vina, bought and paid for.
Based on Our Lady's Child, Taliasman is a beautiful addition to the Beyond Fairytales series. We follow Talia's journey as she struggles to allow herself to understand that she matters, that she's worthy of love, Talia, born a girl.
Vina has her own struggles as she tries to follow her heart and the beat of the Talisman, given to her by Nicodemus, driven by a persistent pull towards Talia herself.
Defiant, angry, and miserable, Talia trusts no one, believing she is unlovable.
Vina wants nothing more than to love Talia, and feel that love in return, but misunderstandings, palace intrigue, and conflicts make Queen Vina wonder if it will ever be possible.
I've read Taliasman three times so far, first time I read it, when I got to the last page I immediately went back to the first page and read it again.
So richly written, the characters are layered and complex and yes, human, just like the rest of us.
I love this story, and this is one of those cases where you can judge a book by it's cover. The cover of Taliasman is so exquisite I can stare at it's beauty for hours.
The only thing that could make this book better is a sequel.
You can also find a short about Talia and Vina in The Sci Spanks Anthology 2014, as well as a lot of spanking sci-fi stories by some other great authors.
Read more
One person found this helpful
Report abuse

K.A. Camaro
5.0 out of 5 stars "If I had been born a boy - " Truly moving story by Ms. Vitsky
Reviewed in the United States on 11 January 2015
Verified Purchase
I honestly don't know if my tiny review can possibly encompass how moving this story was for me. Powerful doesn't cover the beautiful story so incredibly woven in between the pages of Anastasia Vitsky's Taliasman.

I did not know what to expect but the blurb and teaser kept poking at me. The struggle that Talia goes through, especially since she was not born a boy, is raw but elegantly crafted. My words simply are not enough to describe the relationship that is built between two headstrong women. You truly need to get your own copy so you can understand. I loved the mixture of Talia and Vina's points of view.

I admit there were a few times I didn't like Vina, mostly in the beginning, but after you see more into her head, how could you not fall in love with her too? Very moving. Highly recommended. Five strong stars.

As an added note the supernatural elements were very nicely done and did not retract from the story. The cover is also breathtaking. I wish I had it on a poster.
Read more
One person found this helpful
Report abuse
See all reviews
Back to top
Get to Know Us
Make Money with Us
Let Us Help You
And don't forget:
© 1996-2021, Amazon.com, Inc. or its affiliates