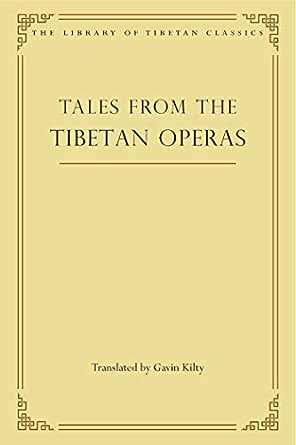 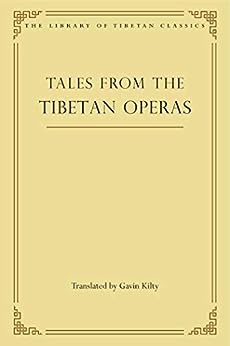 "More than the treasure text or the Dharma discourse, over the centuries, the people of Tibet have imbibed the principles of Buddhism from the songs, dances, and dramas of Tibetan opera. Here, for the first time, the most famous of those operas appear in English, masterfully translated by Gavin Kilty, who provides a fascinating introduction to the genre and its history. Some of the stories are familiar from India, some are set in Tibet, some are set in India. Together, they evoke the spirit of the performing arts of Tibet."----Donald Lopez, Arthur E. Link Distinguished University Professor of Buddhist and Tibetan Studies, University of Michigan

"This book makes available for the first time the stories on which Tibet's greatest operas are based. These wonderful legends are also Tibet's most important and enduring folk tales. Rendered into beautiful English by Gavin Kilty and prefaced with an important essay on the history of the lhamo operatic tradition, Tales from the Tibetan Operas is a superb addition not just to the Library of Tibetan Classics but to world literature itself."----José Ignacio Cabezón, Dalai Lama Professor of Tibetan Buddhism and Cultural Studies, University of California, Santa Barbara --This text refers to an alternate kindle_edition edition.

Gavin Kilty has been a full-time translator for the Institute of Tibetan Classics since 2001. Before that he lived in Dharamsala, India, for fourteen years, where he spent eight years training in the traditional Geluk monastic curriculum through classes and debate at the Institute of Buddhist Dialectics. He also teaches Tibetan-language courses in India, Nepal, and elsewhere, and is a translation reviewer for the organization 84000, Translating the Words of the Buddha. --This text refers to an alternate kindle_edition edition.