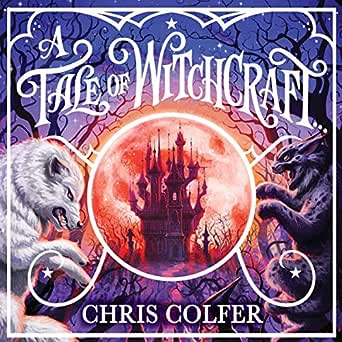 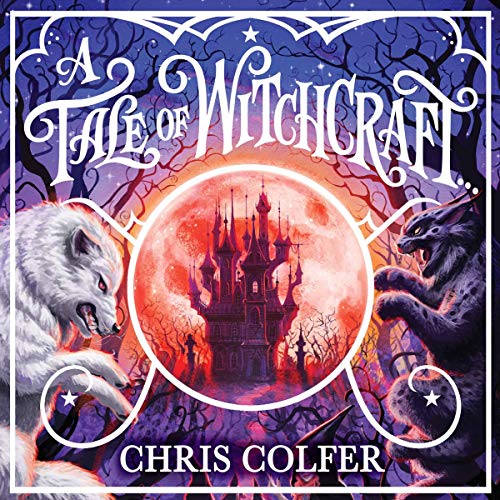 A Tale of Witchcraft: A Tale of Magic, Book 2

4.9 out of 5 stars
4.9 out of 5
650 global ratings
How are ratings calculated?
To calculate the overall star rating and percentage breakdown by star, we don’t use a simple average. Instead, our system considers things like how recent a review is and if the reviewer bought the item on Amazon. It also analyses reviews to verify trustworthiness.

Wendy Enman
5.0 out of 5 stars Great story for young teens.
Reviewed in Canada on 2 October 2020
Verified Purchase
My daughter loves these books. It’s for Christmas and I’m super excited for her to open it.
Read more
One person found this helpful
Report abuse

Lorraine
4.0 out of 5 stars Worth the Read
Reviewed in Canada on 28 November 2020
Verified Purchase
This is the second book in the Tale of Series. My kids really liked this book, but they found the first one more exciting. They are looking forward to the next one in the series.
If you haven't read his Land of Stories Series that is a must. Chris Colfer's books are an exciting read for both girls and boys.

KReed
5.0 out of 5 stars 9 Year Old is Obsessed
Reviewed in the United States on 5 October 2020
Verified Purchase
My 9 year old has been waiting and waiting and waiting for this second book to come out. She's obsessed and doesn't want to put it down. She hasn't been interested in screen time, or anything else since it arrived really. All she wants to do is sit and read this book, she's had it for 4 days and is nearly done with it. Great fantasy and story! Highly recommend this and The Tale of Magic.
Read more
5 people found this helpful
Report abuse

Benjamin
5.0 out of 5 stars AWESOME
Reviewed in the United States on 1 October 2020
Verified Purchase
awesome is all i can say. i mean it was so well written i couldn't stop reading it. the plot was just so good and some of the the blindsides in the book were just so surprising i had to reread the page just to make sure i read it right. all and all it was just so good i even think it was better than some of the land of stories books. i hope other people will read this.and think it was as good the other book maybe even better please mr.colfer keep righting as good as you have been.
Read more
3 people found this helpful
Report abuse

Amazon Customer
5.0 out of 5 stars well,i got answers
Reviewed in the United States on 3 October 2020
Verified Purchase
they explain why covid 19 was dumped on the earth and the book was exciting and such the ending goes like
then the rightagous brother wont survive.end. me no like that but the rest good