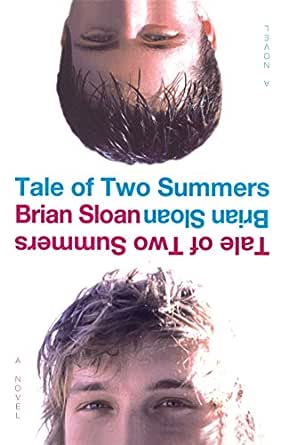 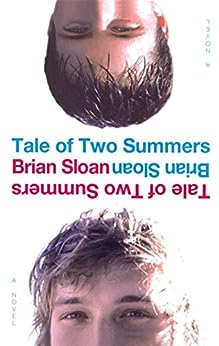 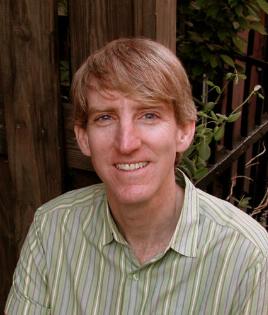 "Freshly believable reality...the level of complexity frees up Sloan to take Chuck and Hal's friendship in directions that no gay-themed YA novel has ever been before."

-- "Kirkus" --This text refers to the paperback edition.

Brian Sloan is a writer, director, and producer working in film/TV for more than twenty years. He received his masters in film at NYU in 1993, and since then his work has screened at more than 100 film festivals worldwide, including Sundance, Berlin, and Toronto. He has written and directed two features--the romantic comedy I Think I Do and the indie drama WTC View--and he recently cowrote and produced August. His short films Pool Days and Bumping Heads appeared in the Boys Life shorts anthologies, which he also executive produced. On TV, Brian coproduced and wrote for Discovery's Cookin' In Brooklyn, and he has also directed and produced pilots for MTV, Logo, and NBC. Currently, he is working on an adaptation of his second novel, Tale of Two Summers, into a twelve-part series called Best Summer Ever that will premiere online next year. For more details, go to BestSummerEver.tv or like the show on Facebook.com/BestSummerEverSeries. --This text refers to the paperback edition.

Bob Lind
5.0 out of 5 stars Gay/straight best friends in excellent coming-of-age story by talented author
Reviewed in the United States on 27 June 2006
Verified Purchase
Chuck and Hal are two 15 year olds, best friends since first grade, who are separated for six weeks for the first time this summer, as Chuck attends a live-in drama workshop at a university. They decide to keep in touch via a web blog, which Chuck titled "Tale of Two Summers", and the book is made up entirely of their daily postings to each other for the six week session.

Most of their early postings are about their missing each other, and recollections of past New Years when Hal tearfully came out as gay to his straight best friend. Their loneliness quickly gives way to possibilities for love, as Hal meets a flirtatious, bohemian French exchange student, Henri, right about the same time that Chuck becomes interested in Ghaliyah. an beautiful and exotic girl whose character plays against his in the camp's play. Of course, first loves rarely go smoothly, and the friends encourange and help each other through considerable anguish and miscues through their writings on the blog.

A delightful, well-written coming-of-age story with a positive message about relationships of all kinds, which I give extra points for providing excellent role models for gay/straight best friends. Deals with sexual situations, but appropriate for all ages from junior high and up.
Read more
4 people found this helpful
Report abuse

Blatimore Phil
4.0 out of 5 stars Wonderful, witty, humorous account of an ideal relationship..
Reviewed in the United States on 8 February 2013
Verified Purchase
This book is not dull! It attracts your attention in the beginning and the joy ride doesn't finish till the last page. It's fascinating reading the lives of these guys through a blog exchange. How good is that? The self deprecation, uncertainties, awkwardness, dreams and yes love interests of adolescents are depicted with extraordinary wry humor.The characters were identifiable as wholesome, real and genuine.Personally, I thought the author did a great job on the French boy. I've met European youth and found them more maturer and well rounded than their American counterparts. Naturally, they do have flaws(like the rest of us). There is one thing I wonder about when reflecting on this fine read. Can two fifteen year olds really have that much insight into their lives? Some passages sounded like these guys have been in therapy for years. Oh well, just a question. Yea, I found this a very enjoyable read and would recommend without hesitation.
Read more
Report abuse

Jeffrey Erno
4.0 out of 5 stars Highly Original and Inventive
Reviewed in the United States on 17 September 2009
Verified Purchase
Brian Sloan's A Tale of Two Summers chronicles the events of the summer, 2006, in the lives of two fifteen-year-old best friends, Hal and Chuck. Set in Wheaton, MD, and Washington, DC, the friends communicate with one another via an Internet blog. Chuck is a straight drama student who is attending summer theatre camp at the University of Maryland, and Chuck is his gay best friend who's stuck at home in Wheaton for the summer taking driver's training classes.

The blog that the friends share provides a venue for them to communicate their secrets, feelings, and fantasies with one another. Having been inseparable since kindergarten, the pair struggle to cope with the reality that they must spend six whole weeks in which they do not share close physical proximity.

The uniqueness and creativity of this work is noteworthy, and the masterful way in which the author uses his narrators' insights to fully flesh out the secondary characters of the story is nothing less than impressive. Often reviewers are critical of the first person narrative because of the limitations it poses upon character development, disallowing the author the opportunity to really get into the minds of any character beyond the protagonist. With the dual narrators, however, the story provided two perspectives to the reader.

I found the author's humor and sarcasm to be quite entertaining, and I ultimately grew to care about and deeply respect both of the boys depicted in this clever and memorable read. I was particularly moved by the raw honesty and genuineness of their abiding friendship. I loved that the boys were so dramatically different from one another yet also exactly alike in so many ways. They totally got each other, and it felt as if I totally got them as well.

Hal, the gay character, was especially endearing to me. I desperately wanted to shield him from the impending heartache I was certain he would experience from his first-ever summer romance. He seemed so sensitive and vulnerable, yet also so wise beyond his chronilogical years.

The manner in which Chuck was so nonchalant and unfazed by his best friend's sexual orientation was a wonderful twist to what could have been an all-too-predictable coming of age/coming-out story. Hal's sexual identity never seemed to be an issue, and because of this fact I cannot even say that the book was a coming out story at all.

There are two criticisms that I have concerning the story. Firstly, I found the first few chapters of the book to be extremely slow, so much so that I nearly wanted to abandon the read altogether. About midway into the book, though, I became so engrossed that I could barely put it down. My second word of criticism has to do with the vocabulary employed by these two fifteen-year-olds. I found it to be quite bluntly unbelievable. It was laced with impressive polysyllabic words which I would barely expect to hear from a forty-year-old, let alone a couple of kids. The author did also include a great deal of slang and modern teen jargon, but it seemed more of an attempt to offset the age-inappropriate dialogue of the central characters.

Over all, I loved the book. I grew to care about both characters immensely, and I congratulate the author on his originality and his amazing skill as a writer. For these reasons, I highly recommend A Tale of Two Summers for teens and adults alike.
Read more
One person found this helpful
Report abuse

Amazon Customer
5.0 out of 5 stars A Very Honest and Unique Tale
Reviewed in the United States on 1 April 2007
Verified Purchase
I am a literature student in the University of California and one of the things that I look forward to most about my vacations is being able to read 'fun' books that no self-respecting professor would have on a sylabus. For my spring break, one of the novels that I blind w/o any knowledge (besides amazon's descriptions) was 'A Tale Of Two Summers' which has honestly become one of my favorite books - over the course of three days I read the book twice.

The book follows the summer adventures of two best friends (one striaght, one gay) as they spend their first summer apart in almost 10 years. Both of the boys are 15 years-old, and they are going through the struggles of lust, love, and lonelyness, while trying to find their niche in the world. While the book had many personal touches that I could relate to (I am gay and met my own 'Henri' several months ago), beyond that, the story not only have a very frank portrayal of a budding gay relationship. But, it also touches on the realism of gay life, sex, and relationships.

But beyond that it shows a beautiful story of two friends bonding, despite the distance placed between them for the summer as they fall in and out of love.
Read more
18 people found this helpful
Report abuse

Etienne Esteban
5.0 out of 5 stars Teenage summers
Reviewed in the United States on 22 July 2013
Verified Purchase
This is a story of two teenagers who have been friends since childhood. The book is written as if it were an exchange of e-mails or text messages between them. Sloan effectively captures the voice of teen males. I started reading it one afternoon, and I didn't put it down until I finished it
Read more
One person found this helpful
Report abuse
See all reviews
Get FREE delivery with Amazon Prime
Prime members enjoy FREE Delivery and exclusive access to movies, TV shows, music, Kindle e-books, Twitch Prime, and more.
> Get Started
Back to top
Get to Know Us
Make Money with Us
Let Us Help You
And don't forget:
© 1996-2020, Amazon.com, Inc. or its affiliates